Project partners, adding concerns, energies and visions. A wild and cluttered way is our motivation, understanding structures and violence, the discomfort generates learning and roped up the path is safer.

Panorama from the Yanapacca pass. Huascaran, Pisco and Chacraraju on sight.

At the end, Rodada de Mel (something like the Honey Ride) is the name that we decided for the first bikepacking trip together. Like so many other things, the story of the name starts with a joke, which happened the summer we met each other. We were both invited as cookers for the summer camp at the scouts but both weren’t convinced about attending. They knew we had started meeting each other and a way to try to convince us was to tell us that we would really enjoy our Honey Cooking (out of honey moon). That was hilarious for us! Since then, some of the things we’ve done together have been of honey (de Mel). It’s a bit shocking to have such a sweet and tender name since we want to break with the romantic way of loving, however, it is a name that got momentum within time. We both love honey and it has played an important role in some situations since the joke happened, after so many jokes the name just got it’s own place. We did think about searching for another name that wouldn’t be so pink but ended up accepting that the newer one would actually be unnatural. We like the spontaneity of it and we already feel it like part of us!

All what we do communicates 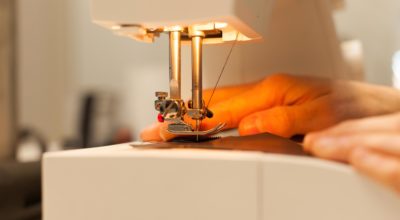 Gerard is sewing the bikepacking bags prior to the trip. 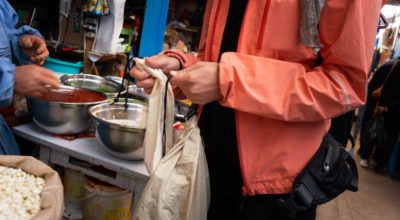 Filling the dirty waterbag of the filtering system

The word. We are used to speeches on equality, sustainability, autonomy, commitment, truth … However, what are our referents? How are all of them applied? What’s real and what’s faked?

Our first challenge is coherence, that awareness that is so heavy in your backpack that you sometimes can’t move forward. What we think and say must go together with what we do. We put care at the centre; care of ourselves, care of relationships and the world.

We use project methods for everything we do 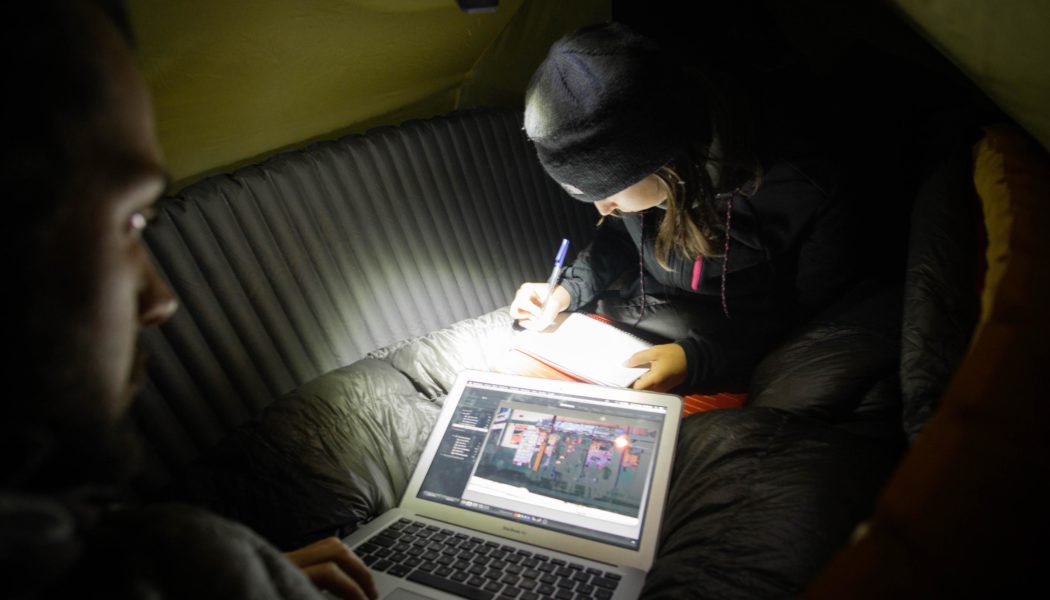 This tendency to call project to all the things we do got stuck to us in the scouts: Identify the reasons, make us grow, feel part of something. Transform and (de)build. This trip is a project born out of the complicity between us, the desire to discover (us), rethink (us) and share spaces, cultures and people. It doesn’t start when the plane takes off or once we have set foot in the house, it is not subject to a place or to some people, it is being built and transformed.

Right now: A bikepacking route, from Peru to Argentina, crossing the Andes through Bolivia, Chile and Argentina.

We are two, there are no half oranges in here! 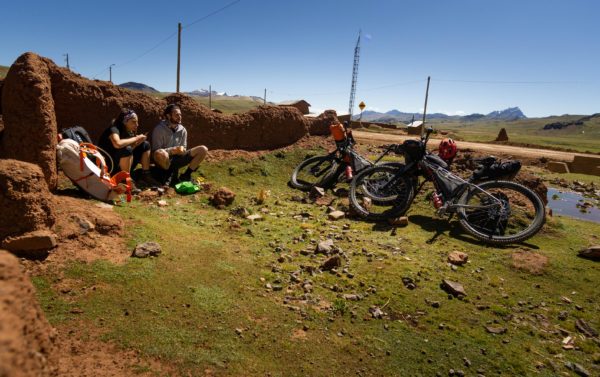 Taking a rest and eating some fruit in Pucapampa, Huancavelica 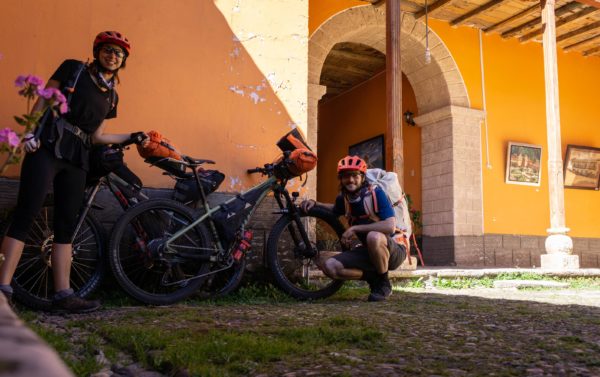 Photo-start of the second part of the trip in Huancavelica

Gerard needed some portraits in Cusco, at a Couchsurfer’s home

Off-road riding in the sacred valley close to Moray Maras

Bosque de Piedras Pampachiri, Andahuaylas
Gerard was born on bike, as a child he used keep spining turns with the knees touching the ground.Sílvia, the mum
Now I see the bicycle as the greenest means of transport, I use it daily. I am curious, I have the need to understand everything that surrounds me and this has led me to study and travel quite a bit. I am a dreamer, motivated by a thousand ideas and eager to review everything and myself. I understand that the privilege must be linked to responsibility and effort.

One day I read the book of my uncle who went to India by bicycle and back. I was so captivated that I decided to go by bicycle with panniers to Holland, where my Erasmus began. In the Netherlands I started an industrial engineering project for a German mountain bike company, GHOST-Bikes. It consisted of the design of bikepacking bags for a double suspension bicycle.

Half a year later I moved to Germany to do an internship in the company in order to be able to continue immersed in the project. Although this job would be the dream of any student of industrial design engineering, it did not come without contradictions to me: I was working for a large company that does not have ecology within its values and this led me to reconsider many things. It was then when I came into contact with Zero Waste through several blogs and I aligned the daily actions with the values that I had always learned in the scouts.

The chance to try the best mountain bikes made me gain passion for this type of cycling and since then I prefer the dirt roads rather than the asphalt. When I had the final prototypes designed and sewn, I started a journey through the Alps to return to Catalonia while allowing me to discover the strengths and shortcomings of the product I had been developing, this was the first bikepacking trip I did and it did impact me a lot: since then this has been my way of travelling. Two years later, after designing a new version of alforges that improves the first I decide to make the dream come true from the first trip to Holland, around the world by bike.

Pushing to the Salkantay pass, nevado salkantay in the background

Ariadna harvesing some tuna.
Embarked on one of the experiences that I dreamed long ago, discovering Latin America. Take the backpack and get lost in cities, mountains and projects. What I had never thought of was that the roads and streets would be traveled on a bicycle, pedaling every kilometer. From a singlespeed commuting bike to go shopping in Igualada to a hardtail mountain bike, loaded with bags for a bikepacking trip. Thousands of km, mountain climbs and singletrack descends are for me an impressive and motivating challenge! It makes me exceed the expectations I have about myself, allows me to live and feel, fill the days of anecdotes and turn limitations into learnings.

Obviously, not everyone sees it in the same way, the reactions of the people around me were quite different. There are those voices who tell me that I shouldn’t be doing this and that I should instead look for a stable job, others say that I won’t manage it because I do not have enough physical power and others devalue it.

My family says I am an unconscious who knows neither the danger nor the limitations, for my friends I am a crazy and happy guru who is as lucky as it get’s, for QuatreCantonades I am an unremitting motivation and for Gerard I am a fierce who can do anything she wants to.The people who love me

The truth is that there is a bit of truth in everything they tell me and this combination makes me take the decision to embark on this trip!

I am curious, critical, motivated, and caring. I love the warmth of people and the security that gives us a healthy love network. This is my secret to dare, to know that in the wrong steps there will be some arms. Latin America has always woken me with explosive energy and the desire to lose myself in it comes from afar. I have cooperated in El Salvador and I have traveled through Honduras, Nicaragua and Cuba. Some of these countries have more depth than others, but all the experiences have helped me to understand many realities. Latin America has a complex history of oppressions and violence that dictates the present. Understanding Latin American feminism and the social movements that are born here are one of my greatest motivations since I finished my psychology bachelor. During this year I want to train and meet projects while enjoying nature and height, pedaling and the company, becoming more and more connected to the world, my body and to people.