It is a demanding trip, I am aware that my skills on the bicycle are low and that I have to work hard every day! Once on the ground, though, insecurities flood you and voices ask you what are you doing here, you are not made for this.

After few hours riding in the pampa through a dirt track surrounded by small herbs plains at around 4.300m and some snowy peaks at the far ends of it, we arrived at a big man-constructed big lake. Instead of surrounding the lake to get to Tanta, we decided to take the clock-wise shortcut to get directly to the end of the lake and re-join the dirt track. Well, this may have not been the best decision since we had to push through the sandy coast of the lake following a non-existing path we had found on the map. It probably took the same amount of time as the longer (but rideable) way we wanted to skip, but definitely took a lot more mental energy. The good part of it is that Gerard loves the hike-a-bike pictures and had a nice chance to take some in an out-of-track peculiar landscape. 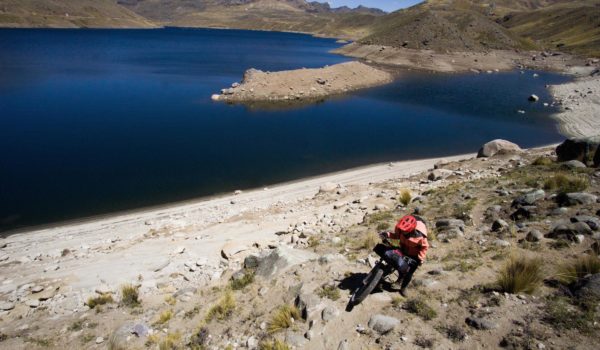 Hike a bike in Tanta, on the upper side of laguna Pauparcocha 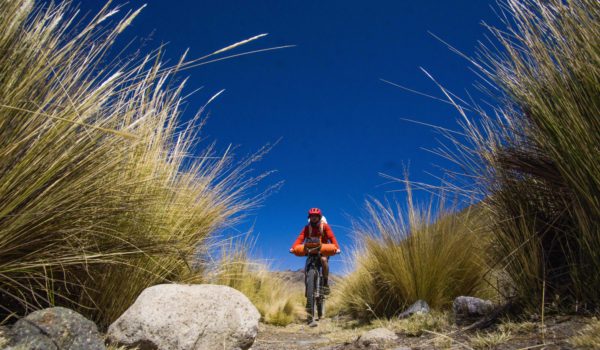 Singletrack in Tanta, on the upper side of laguna Pauparcocha

The lake became a completely transparent river that accompanied us all the way down the valley, the Cañete river. 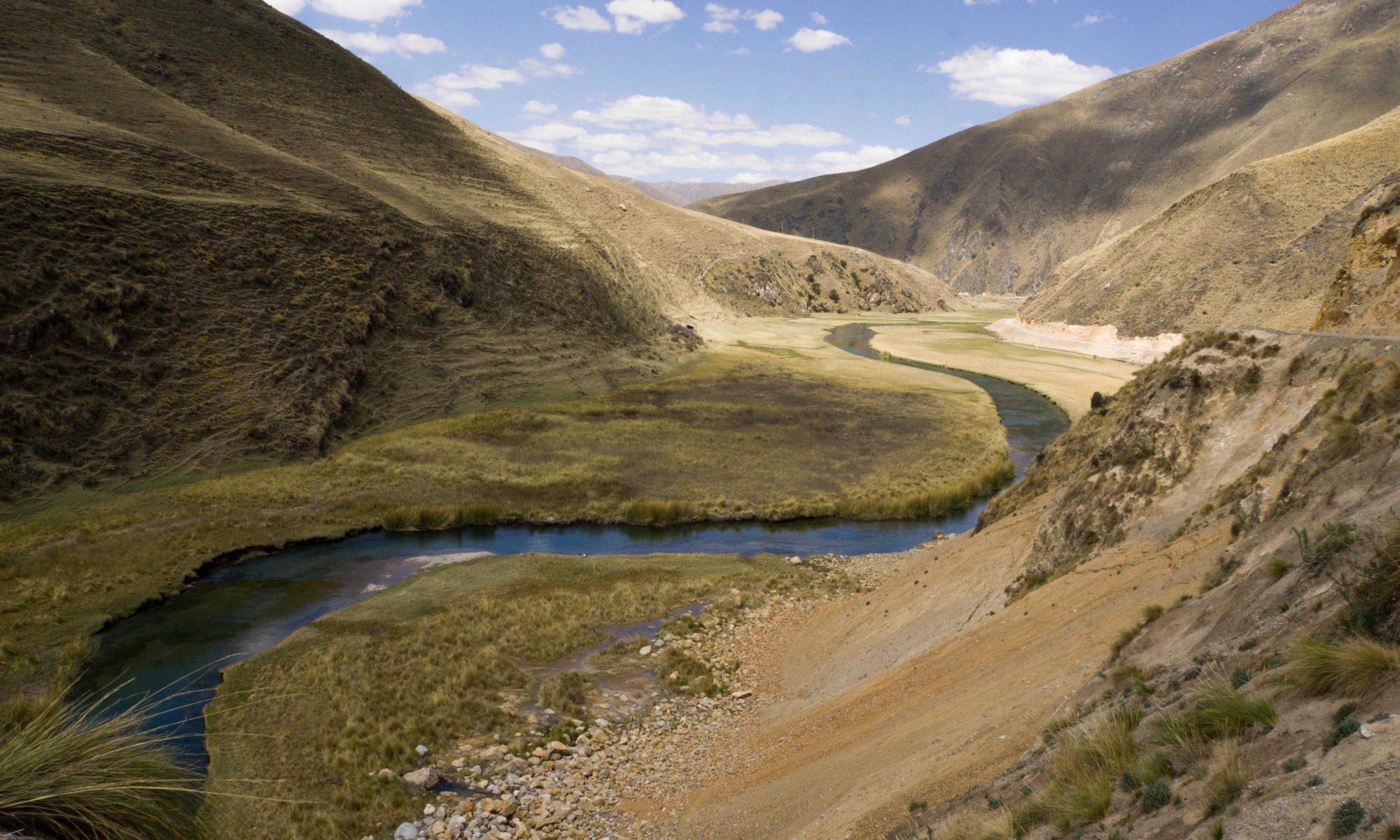 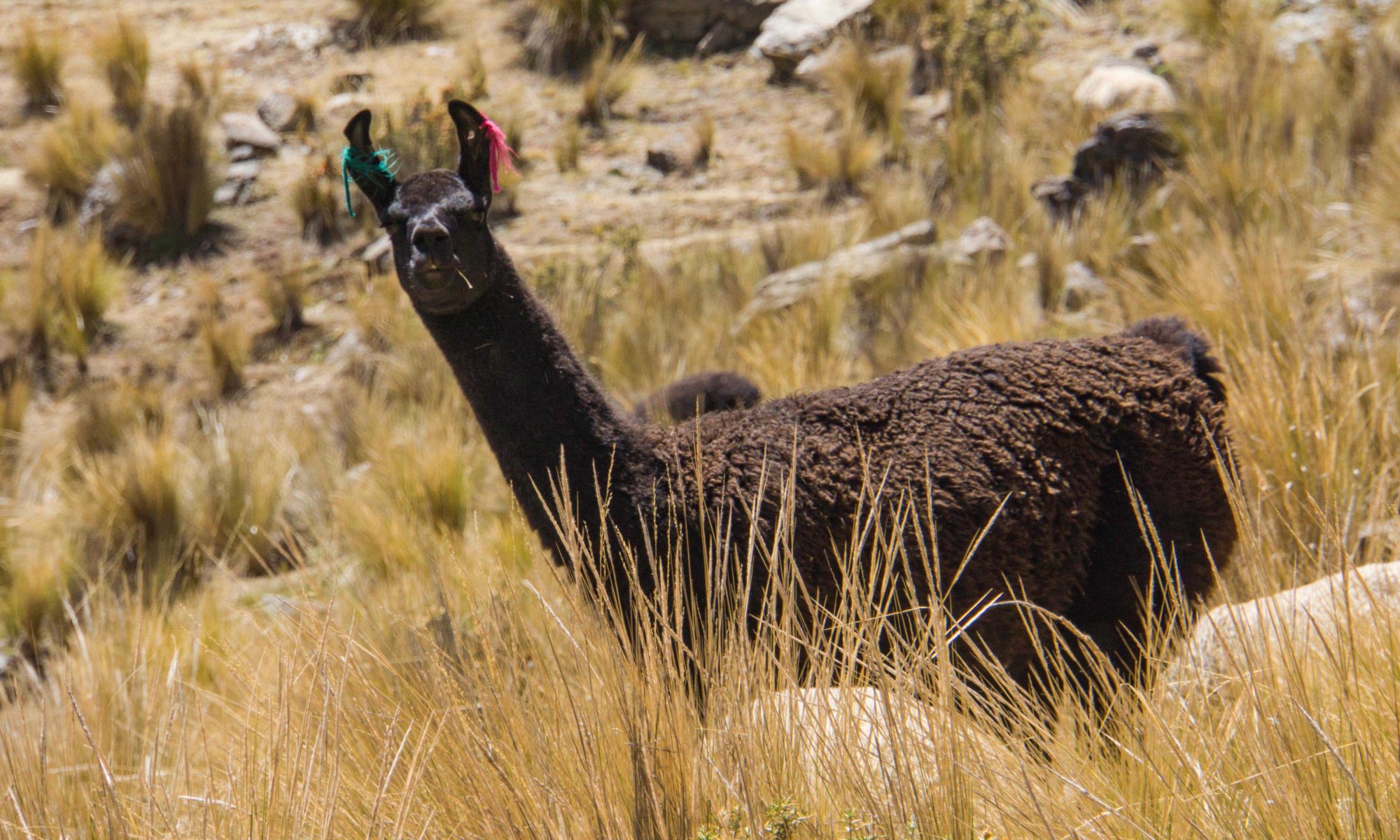 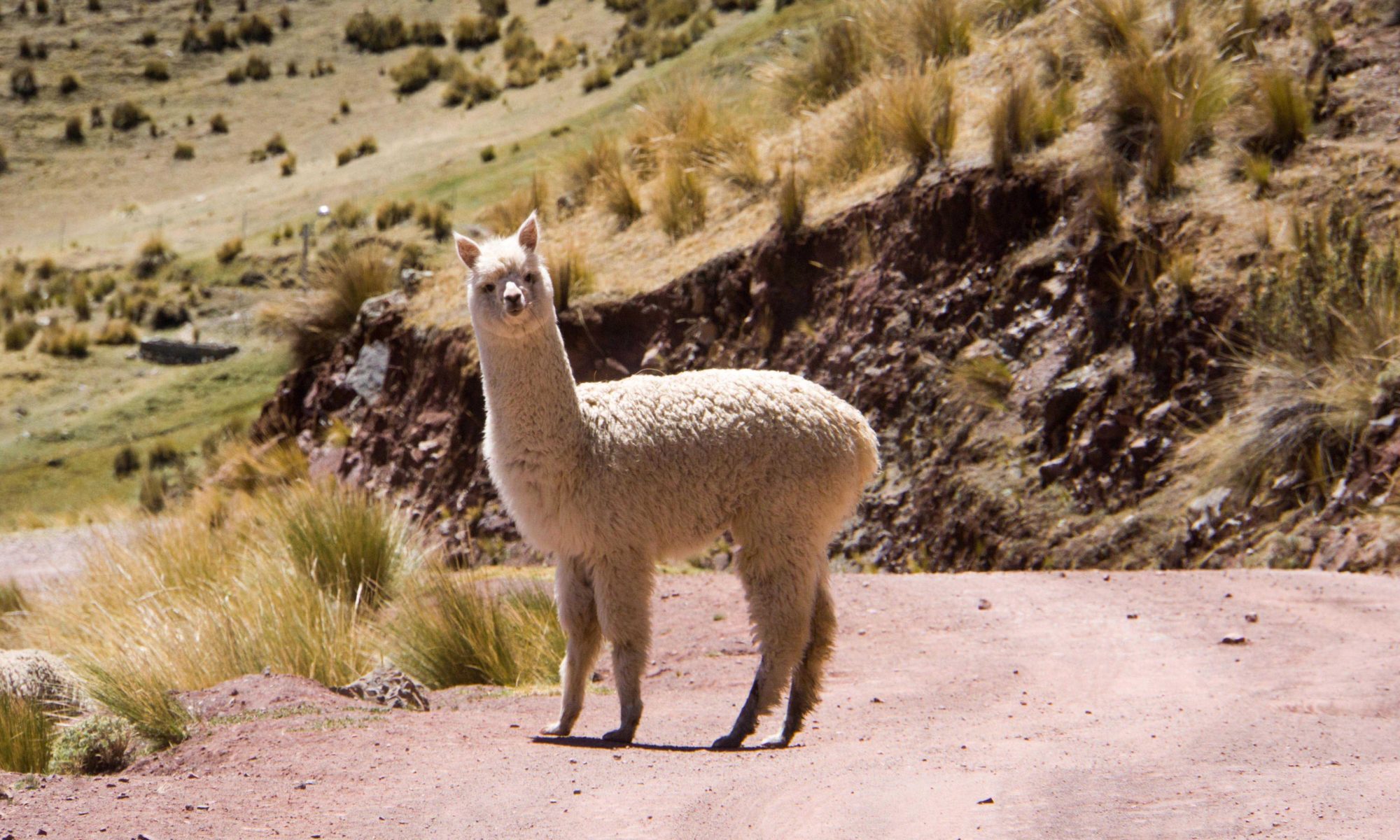 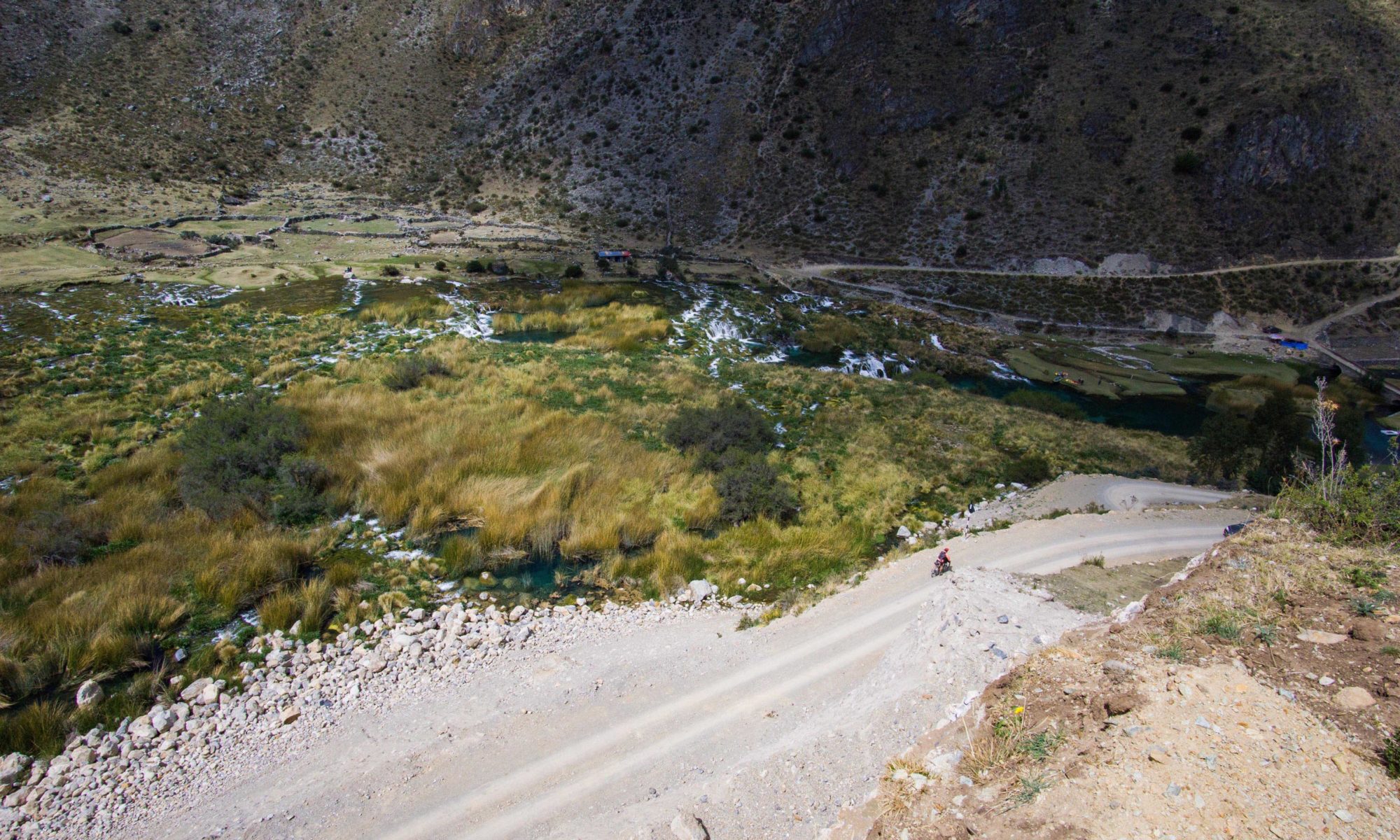 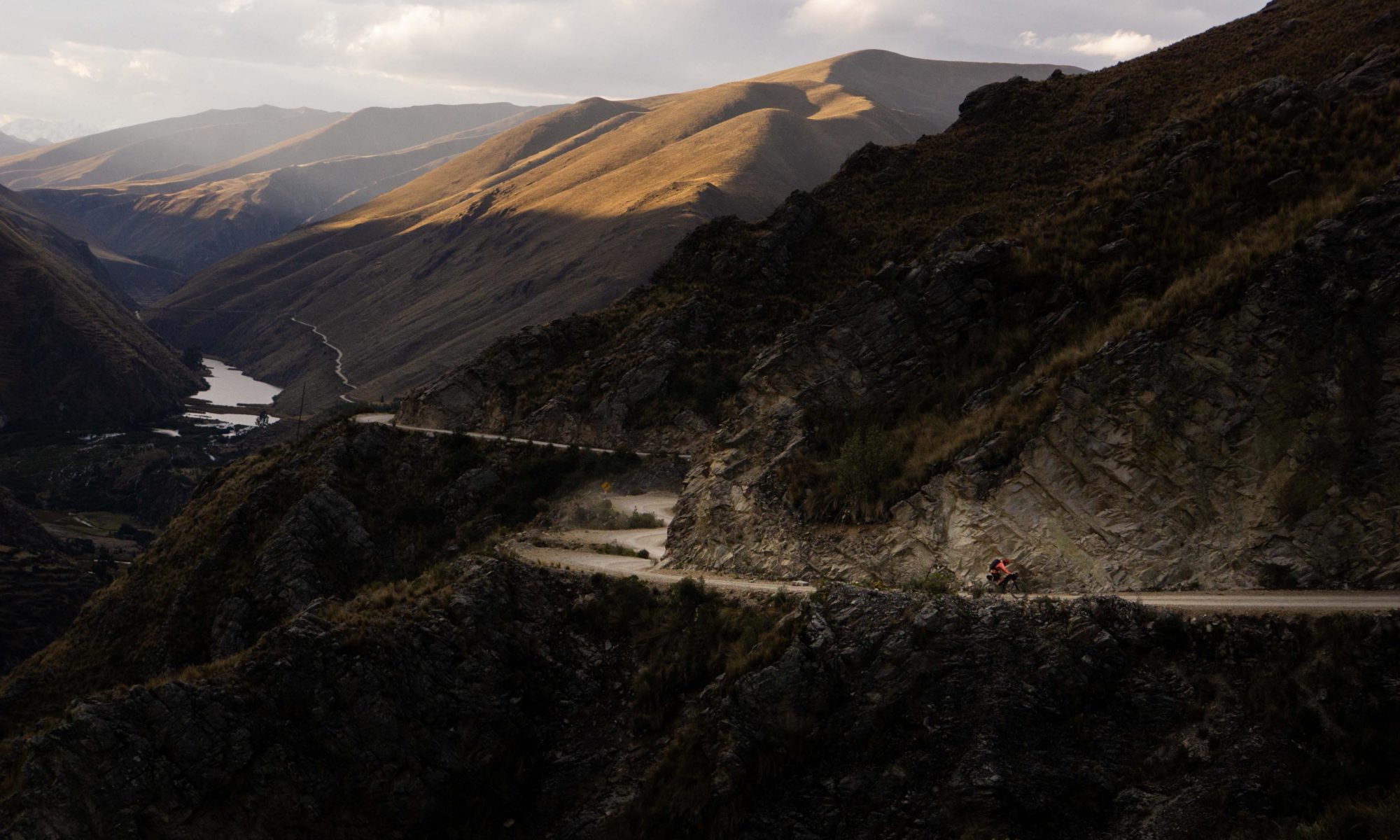 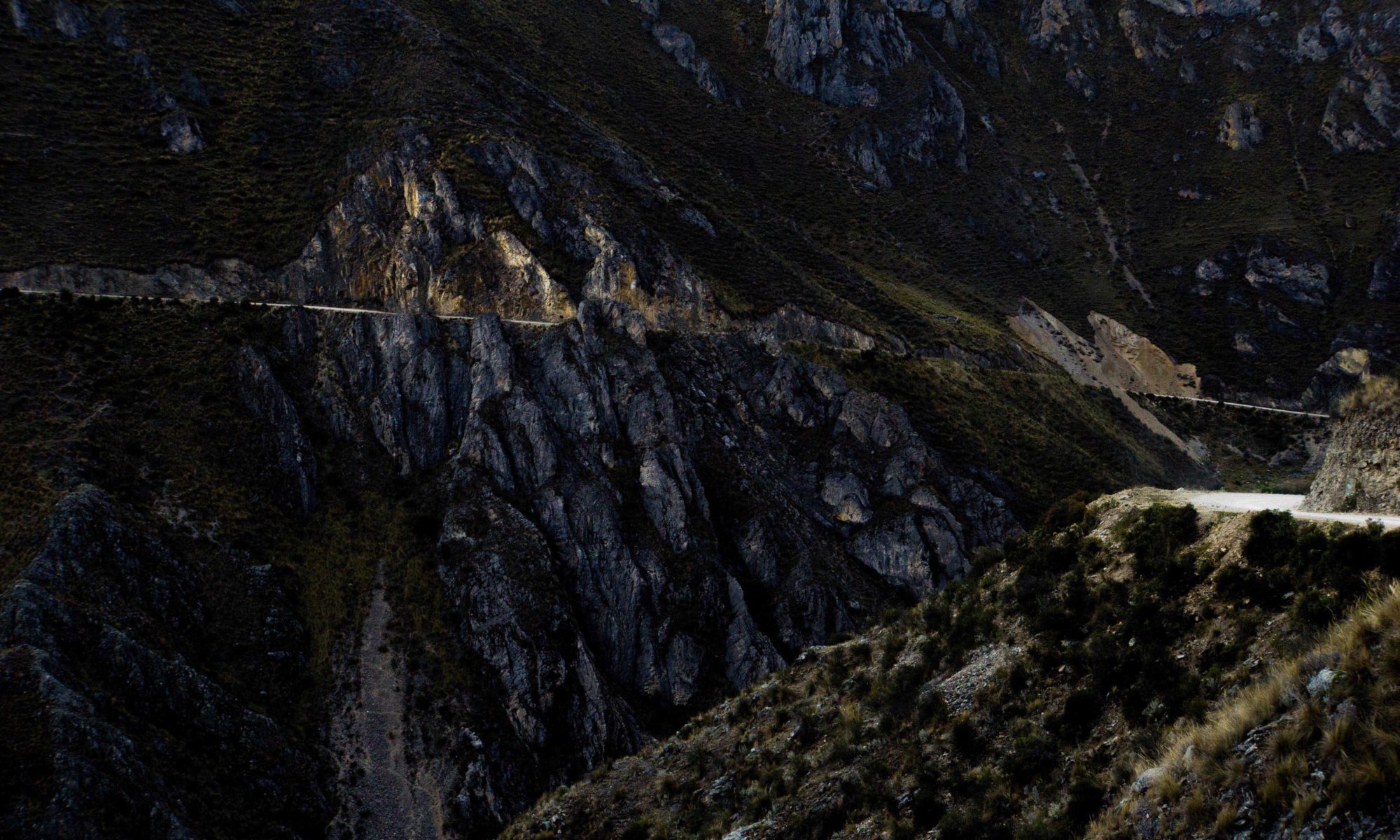 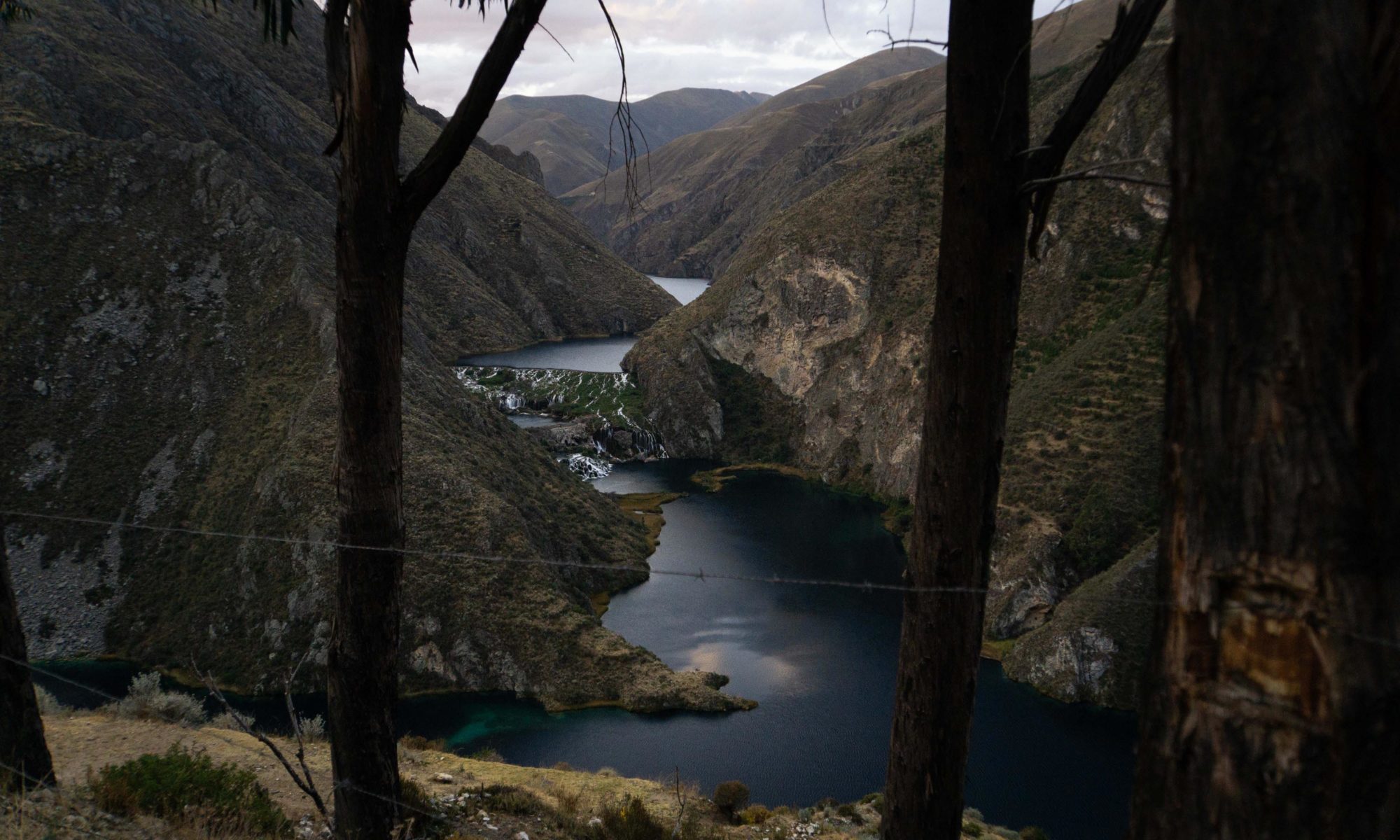 The Cañete river conducted us to the first touristic town we encountered in the trip: Vilca. The tourism, however, was local: only Peruvian people (mostly from Lima) were coming to visit the place.
After a short stop to feed ourselves with a nice fried trout, we continued the descend along the river. We slept in an hospedaje and were really grateful to have found one where we could have a cold shower and cleaned the wounds that were starting to appear in our butts due to the sweat and friction during so many hours on the saddle.

Falling and rising up again

When the sun shined in the morning, we started with massive energy, that was the last day before taking a break in Laraos. I was enjoying the road that descended softly when suddenly, while watching the river that accompanied us on the right side of the road, my front wheel slipped. It was fast, at one point I saw myself on the floor, the bike a few meters further, and the entire right part of my body hurt. I shouted and Gerard, who was a curve later, came quickly and frightened. 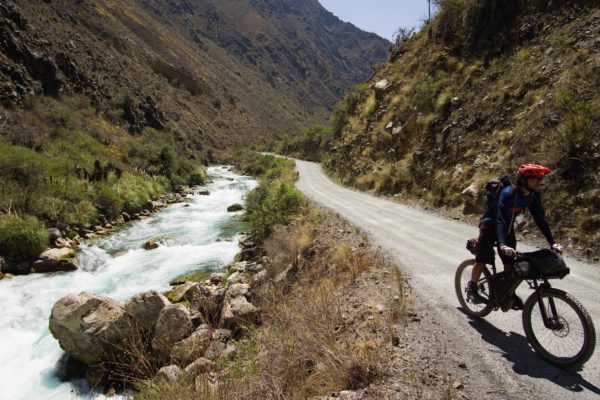 Riding next to Cañete river before arriving to Llapay
– What happened? Are you OK? Can you get up? Gerard

It was a silly fall in an easy land, a pretty flat descent. What made me fall was the gravel accumulated in the middle of the road; Looking at how beautiful the river was, I did not get the wheel and PAM! On the ground.
We put the bicycles to a side and went down to the river. I was pretty sore but the ice-cold water was very good for cleaning the wound and lowering the pain. Gerard took care of me very much, he was a good nurse and above all, he knew how to cheer me up.

It’s a tough trip, especially if you’ve never done it before. I was aware that I was awaiting a demanding route that would make me work harder every day, I was also aware that my bicycle’s dominance was low and that learning is gradual. Once on the floor, however, questions came up to me:

What am I doing here? Who do I want to cheat? I’m not ready for these trips! Gerard should take a fiercer person.Ariadna

When the cares were done and we had been talking a bit, I decided to continue. Gerard insisted that we could rest, but that day, I wanted to get to Laraos yes or yes. We had read on Andesbybike that there was Wi-Fi and that day was important. Xenia, my younger sister, had birthday. I could not celebrate it with her, but I wanted to talk to her and congratulate her, tell her that I remembered and that I was dying to hug her.

So we decided to continue. Upon arrival, it took us a bit to get the Wi-Fi key, it was from the Town Hall and the person who had to open us was not there. Finally, after waiting for two hours, I was able to contact her. It was two in the morning in Europe but she was still awake!

I can’t sleep! We are in a hotel mum and dad, it is very hot and I cannot sleep. Before calling, I was lying on the floor to make the heat go by. I am happy because we have been able to speak! Xènia

A fate of destiny.
My first fall left a huge blue mark on my right thigh, packed with a good burn that took two weeks to be fully recovered and ripped bike bibs. 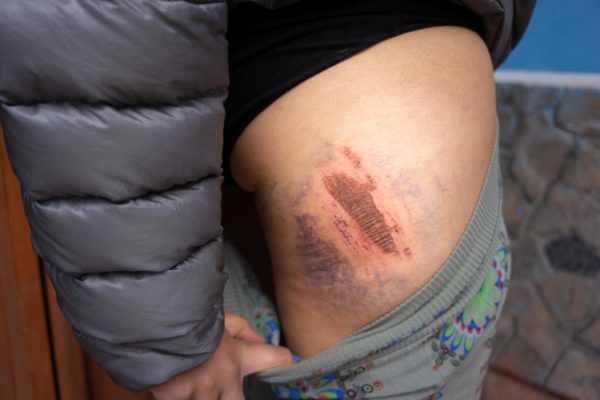 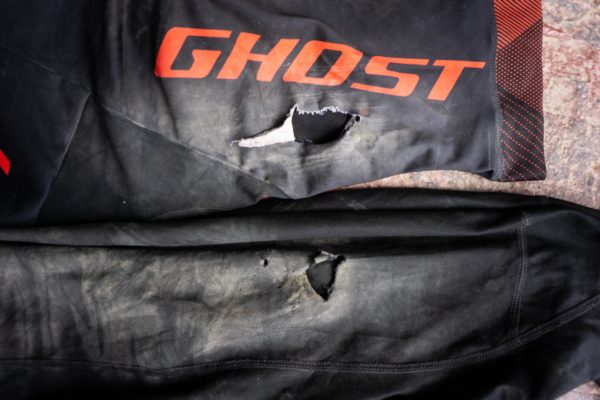 We decided to stay there for 4 days and used the time to set up everything again: wash clothes, contact our family and friends, post some pictures on Instagram (@rodada_d_mel), clean our bikes and recover from the previous days. 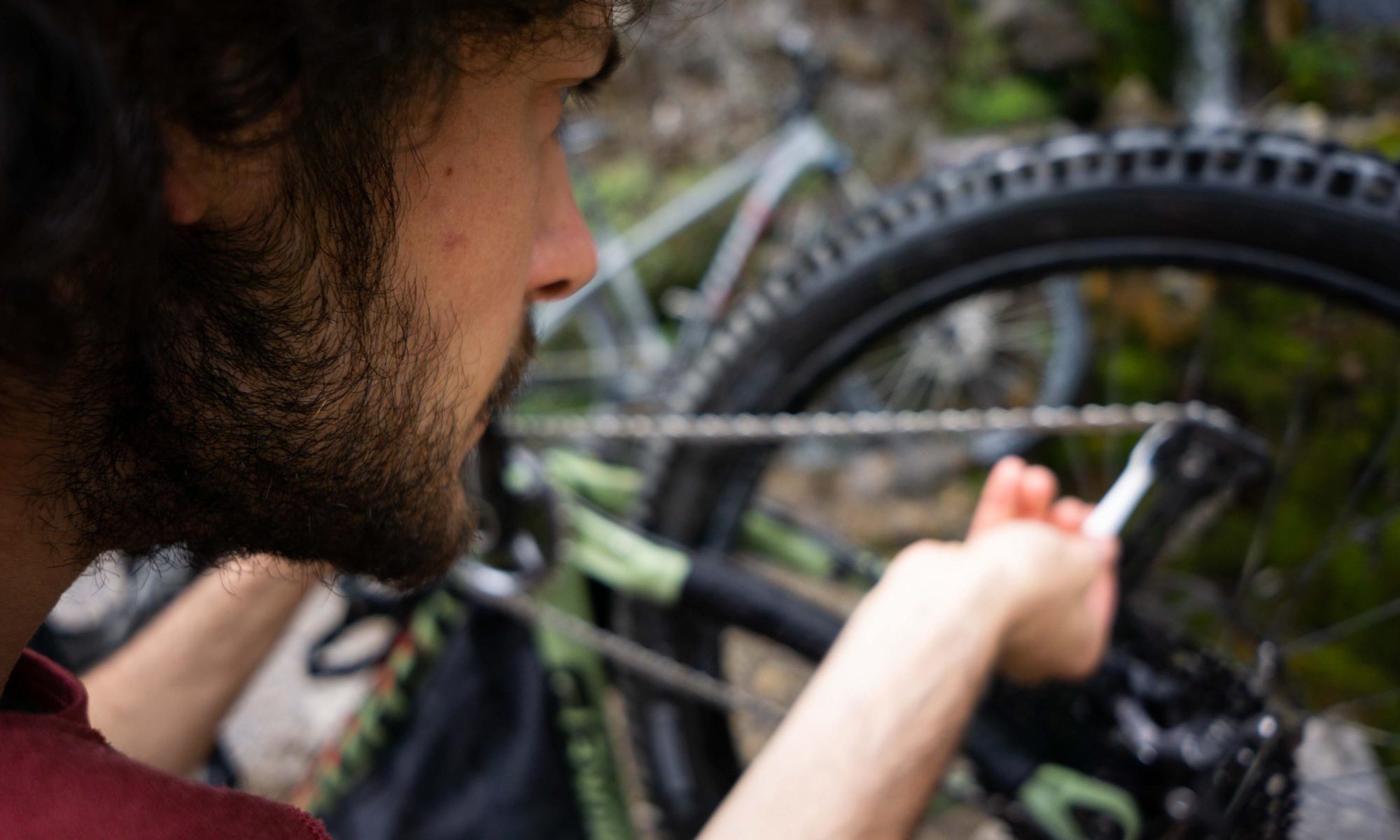 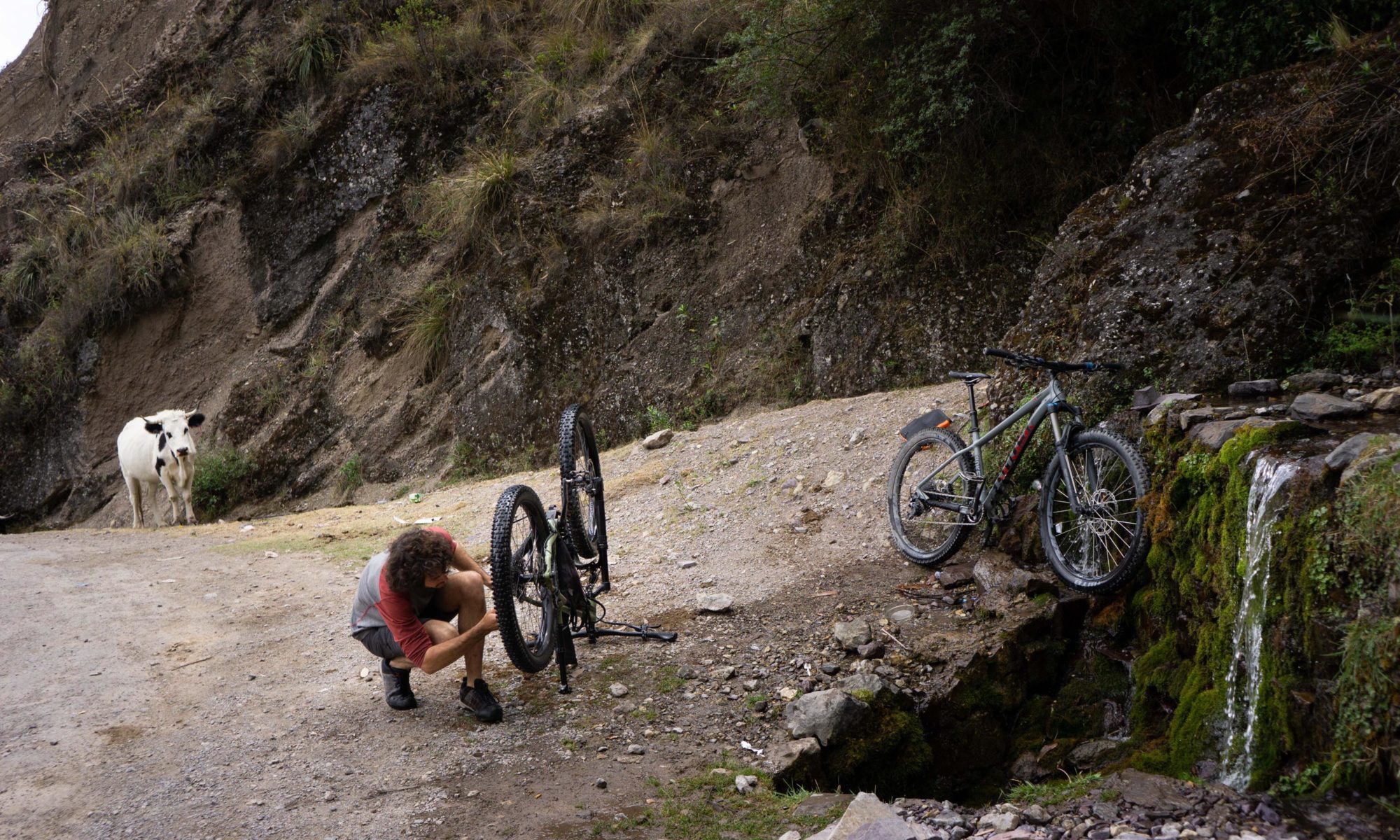 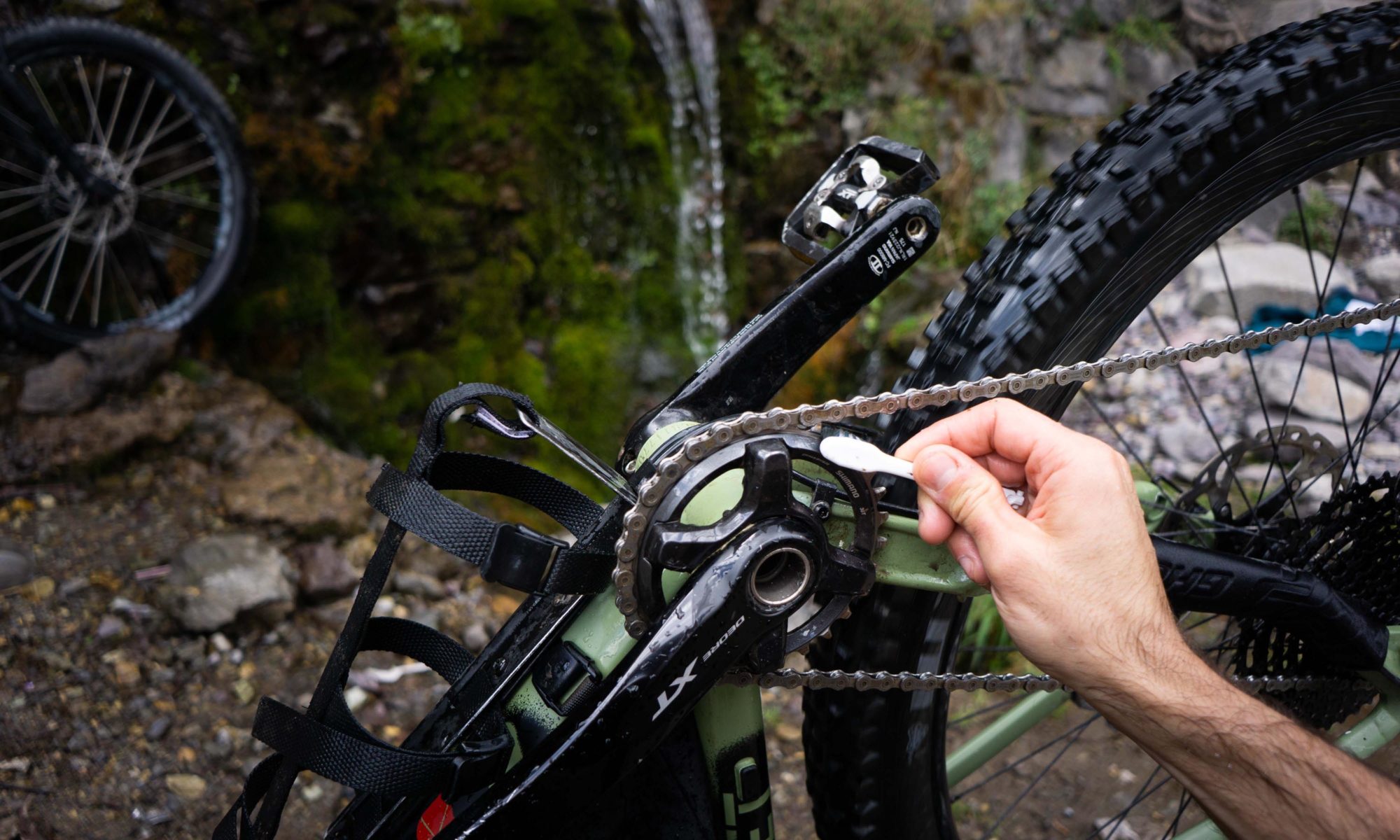 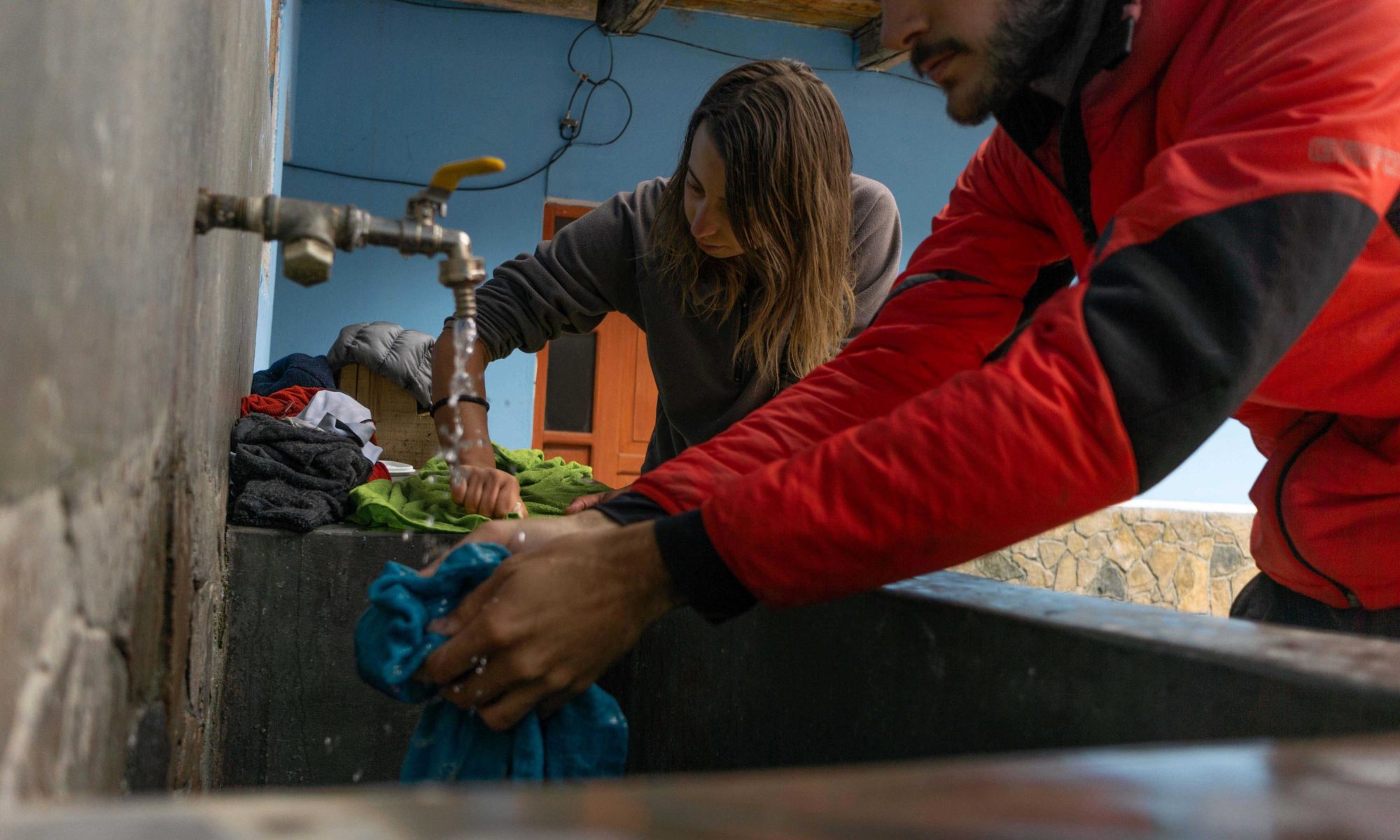 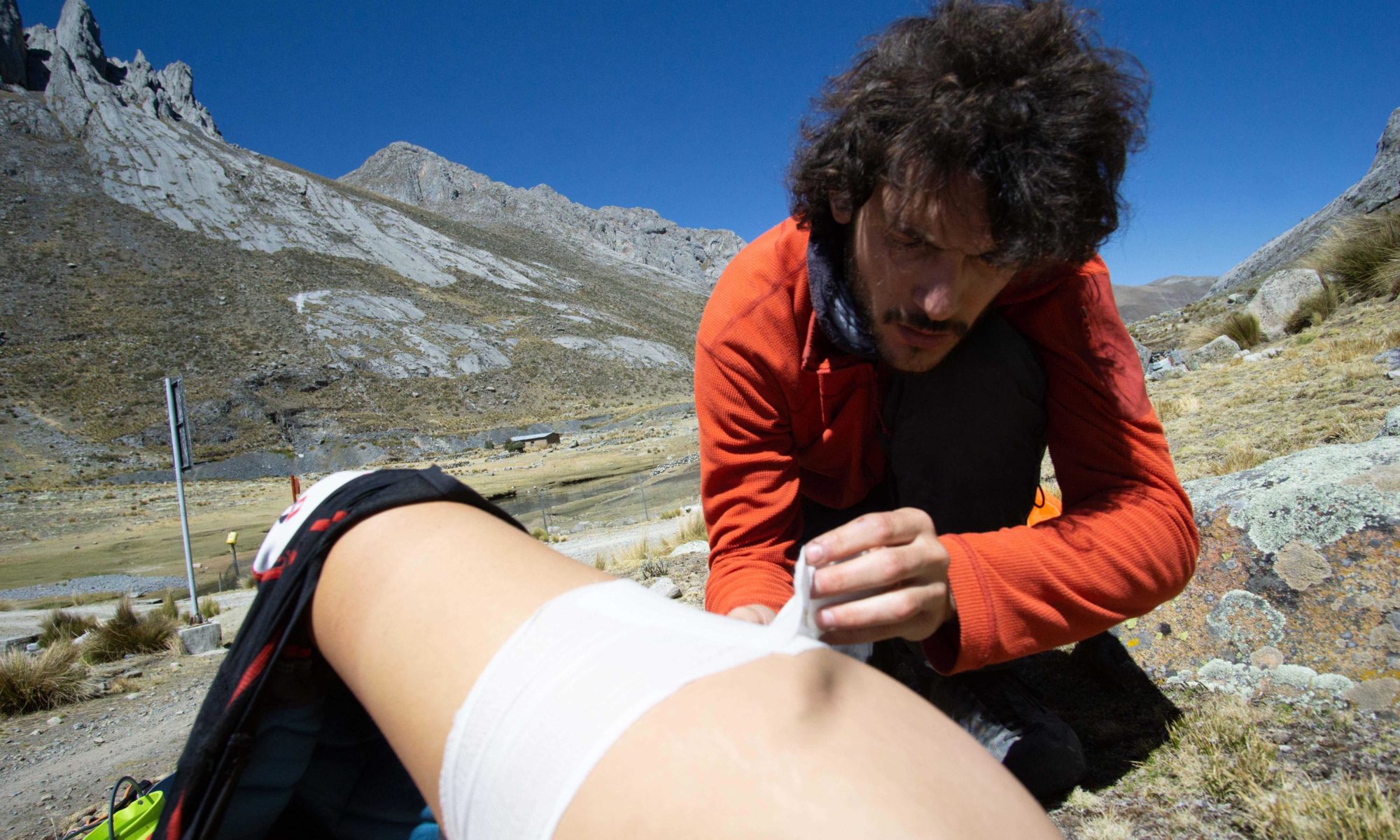 In Laraos we saw the first and biggest andenerías we have seen so far. These are the Inca constructions where they used to cultivate their food, an infinite staggered field. This was the way they found to be able to have agriculture in the steep valleys

Those days were holidays in Laraos, they celebrated the anniversary of the town: dances, music, popular meals, etc. Two pairs of cyclists arrived on the celebration day! The first ones we found on our trip. They settled in the same lodging that we and Gerard was talking with the two couples during the afternoon. They had been a lot longer on route and had been in many parts of Latin America and North America so they were a great source of inspiration. In the afternoon we went for dinner together to say goodbye, the next day they continued while we stayed recovering.

“Best wishes, see you next time!”