Incredible lakes in the best route change we’ve made so far! Cactus with hundred years and a pizza that will never arrive. A ghost town that had nothing after a mineral tongue exploding from the mountain. 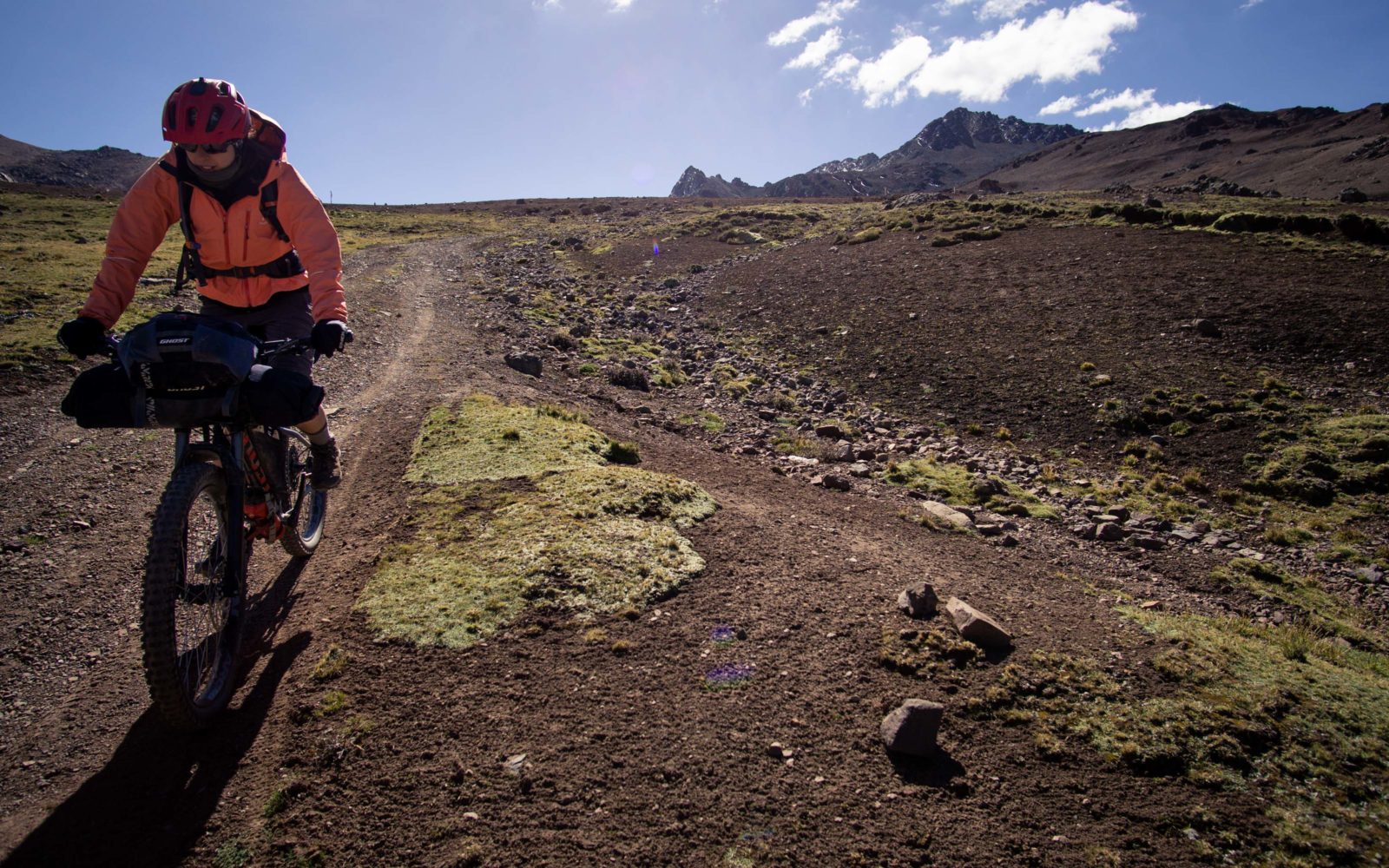 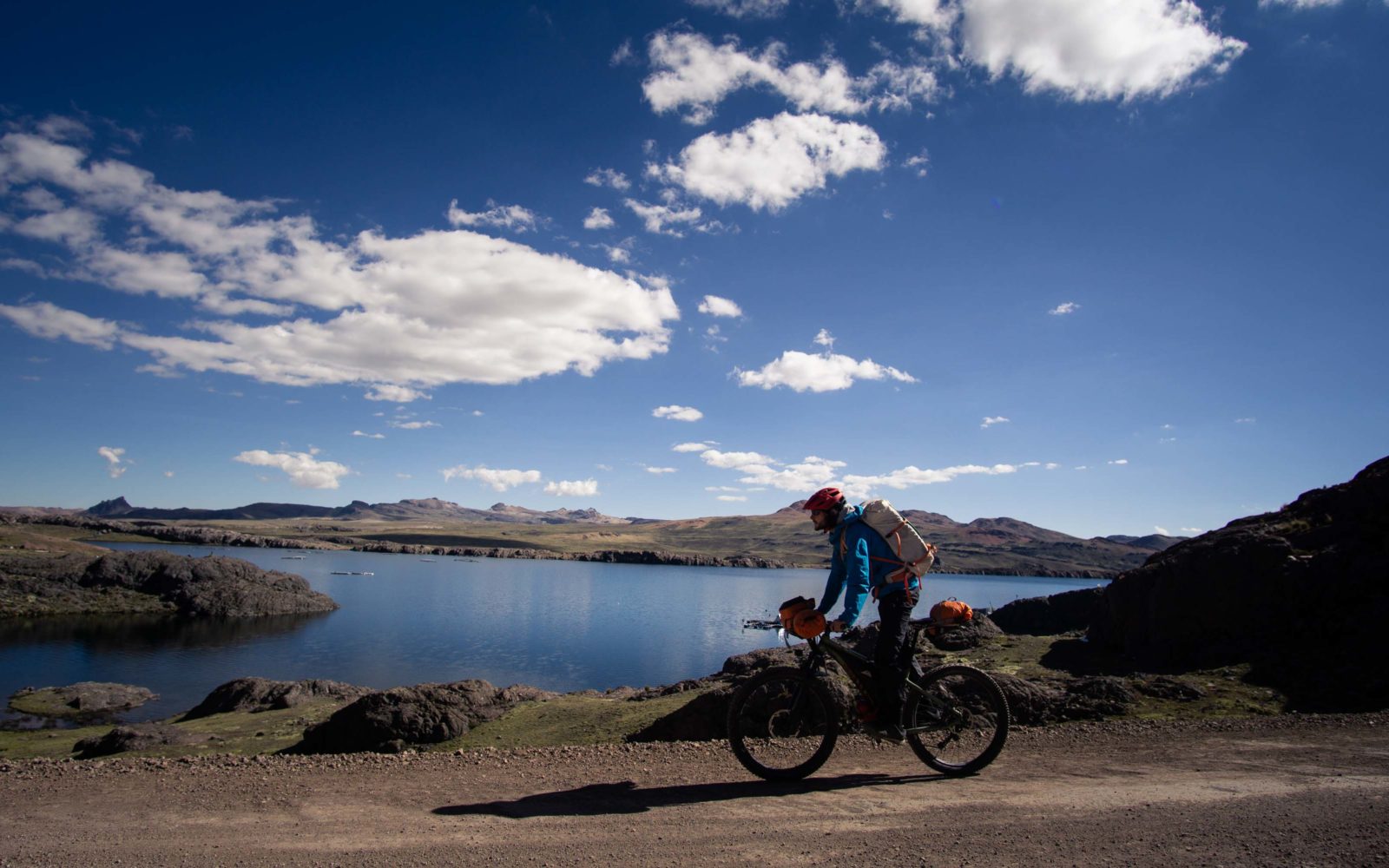 In front of a lake descending from Abra Chonta 4.825m 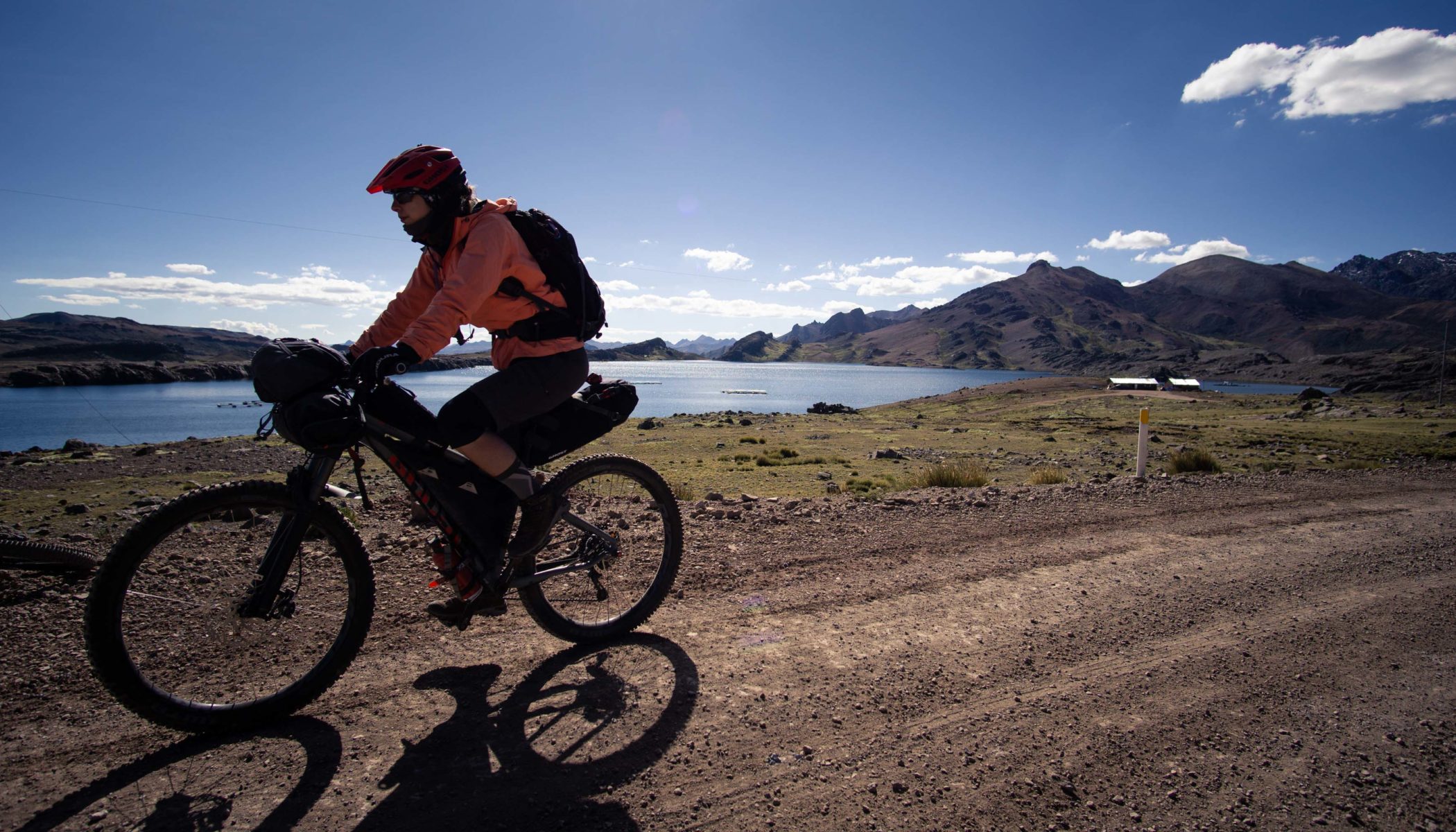 In front of a lake descending from Abra Chonta 4.825m

We started to descent from the pass and quickly found the route change very successful. It was a stretch that followed the borders of very intense blue lakes with crystalline water. Rocks and smaller lakes accompanied them by building beautiful landscapes. Four hours after the pass we were already in a Tambo in Choclococha preparing spaghetti with tomato sauce (all bought in bulk!).

The Tambos were old houses at the beginning or end of the towns where food destined for commerce was stored and where travelers on the way could spend the night. Nowadays in Peru this name is used for state buildings in rural populations that offer free lodging to people who are on the go. It is a resource to facilitate mobility in impoverished areas while giving some jobs to those who make management and maintenance. This program has hosted us several times in villages where there is no other option, possibly because it would not make any profit to the owners due to a lack of clientele.
When the dinner was ready, we took refuge from the Andean cold in the room and left most of our stuff ready for tomorrow, the breakfast ready to be made and the bags already half packed. 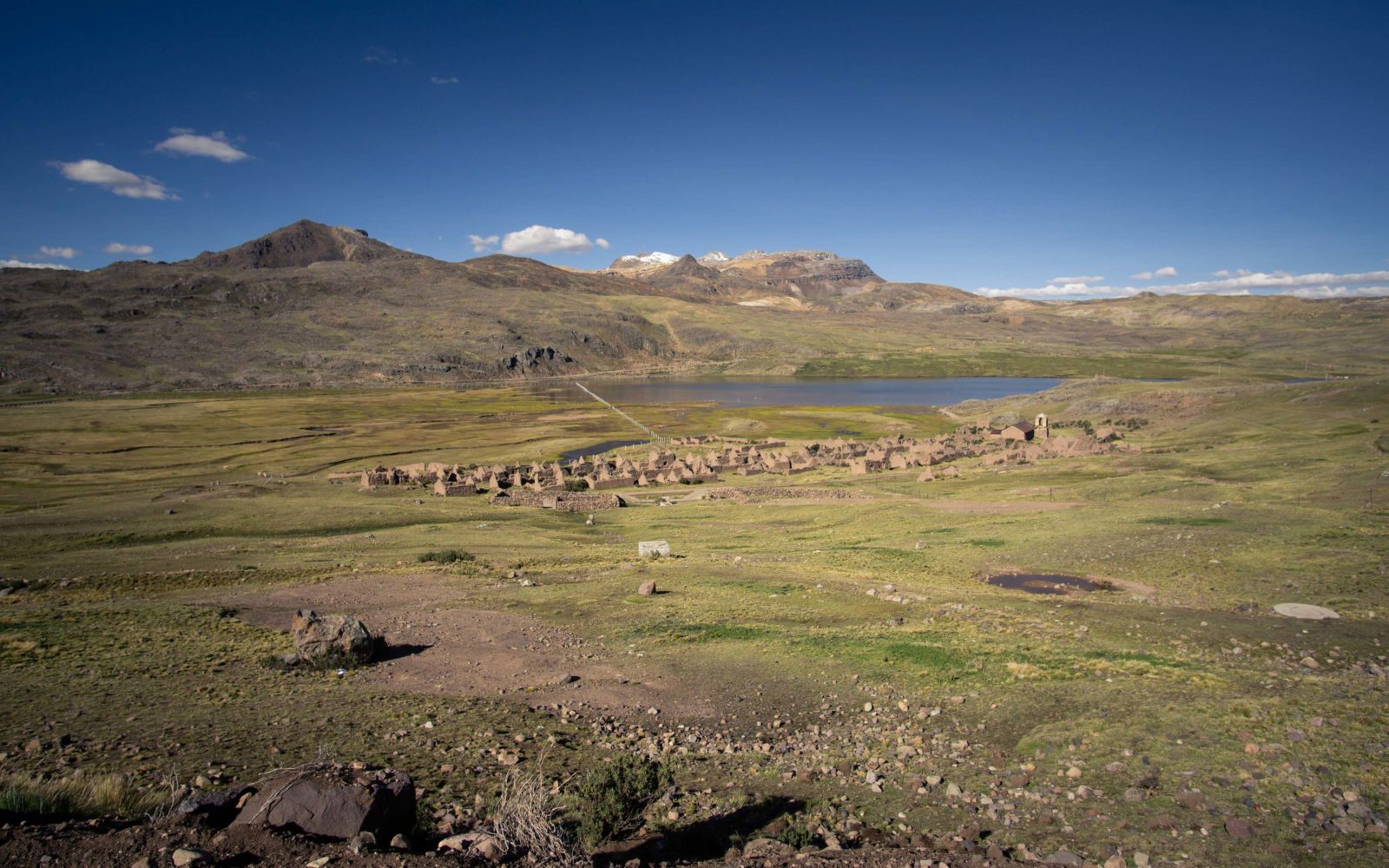 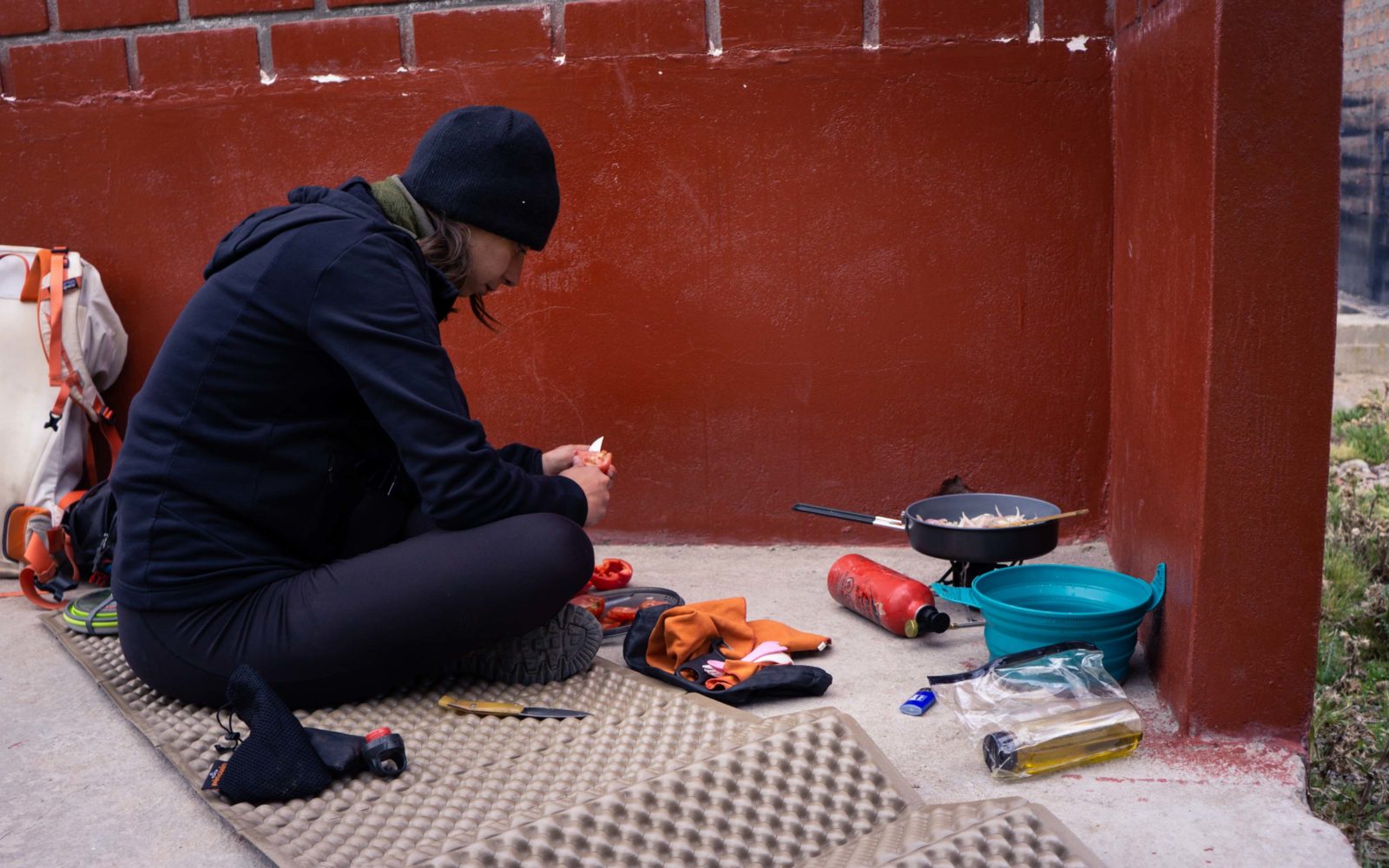 Cooking in a Tambo in Choclococha 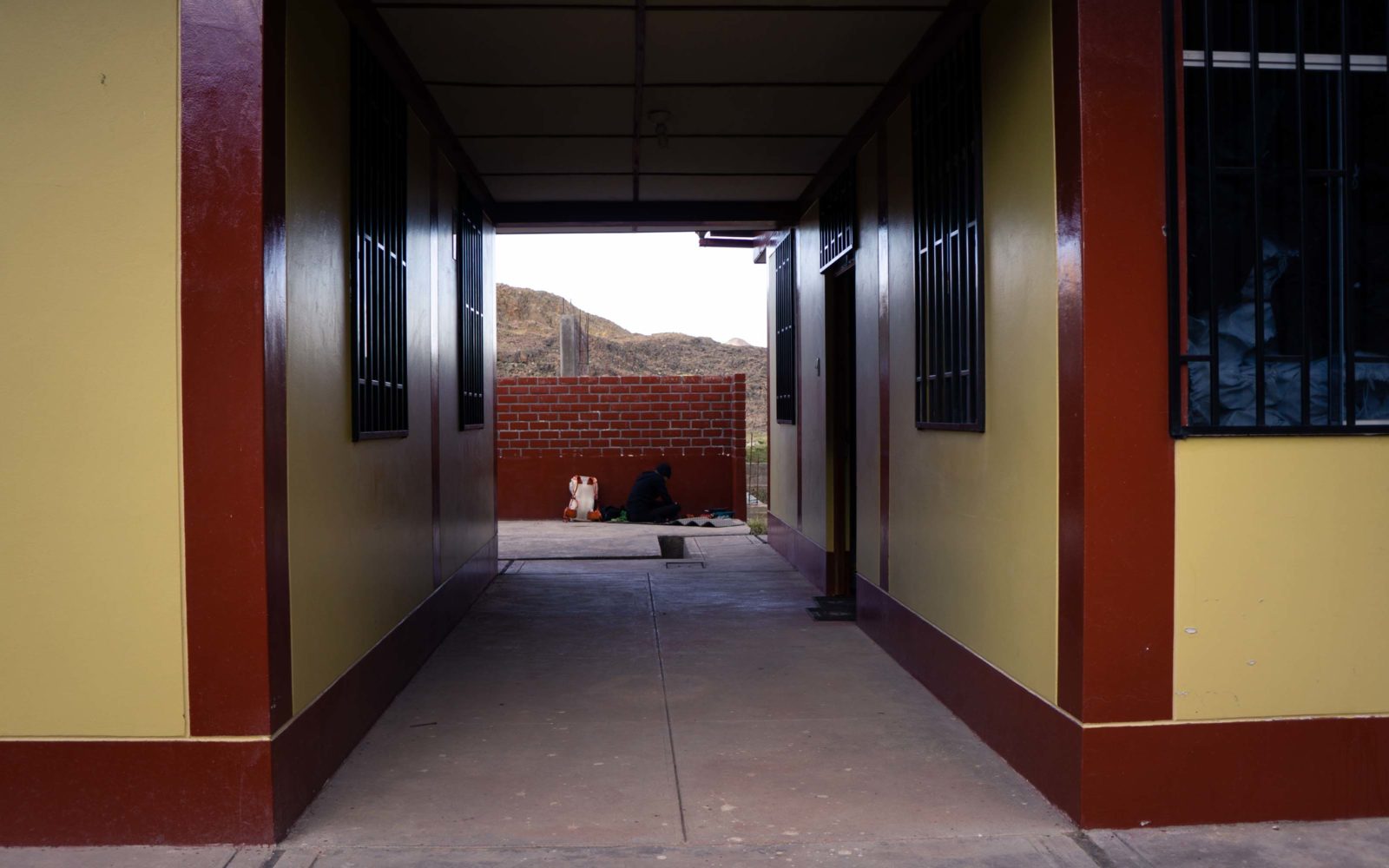 Cooking in a Tambo in Choclococha

The next day we went out early, it was still very cold, but the sun started to warm our skin fighting with the cool air coming from the huge lake we were following. Choclococha Lake is above 4,500m and it gave us wonderful landscapes that we did not hesitate to capture. 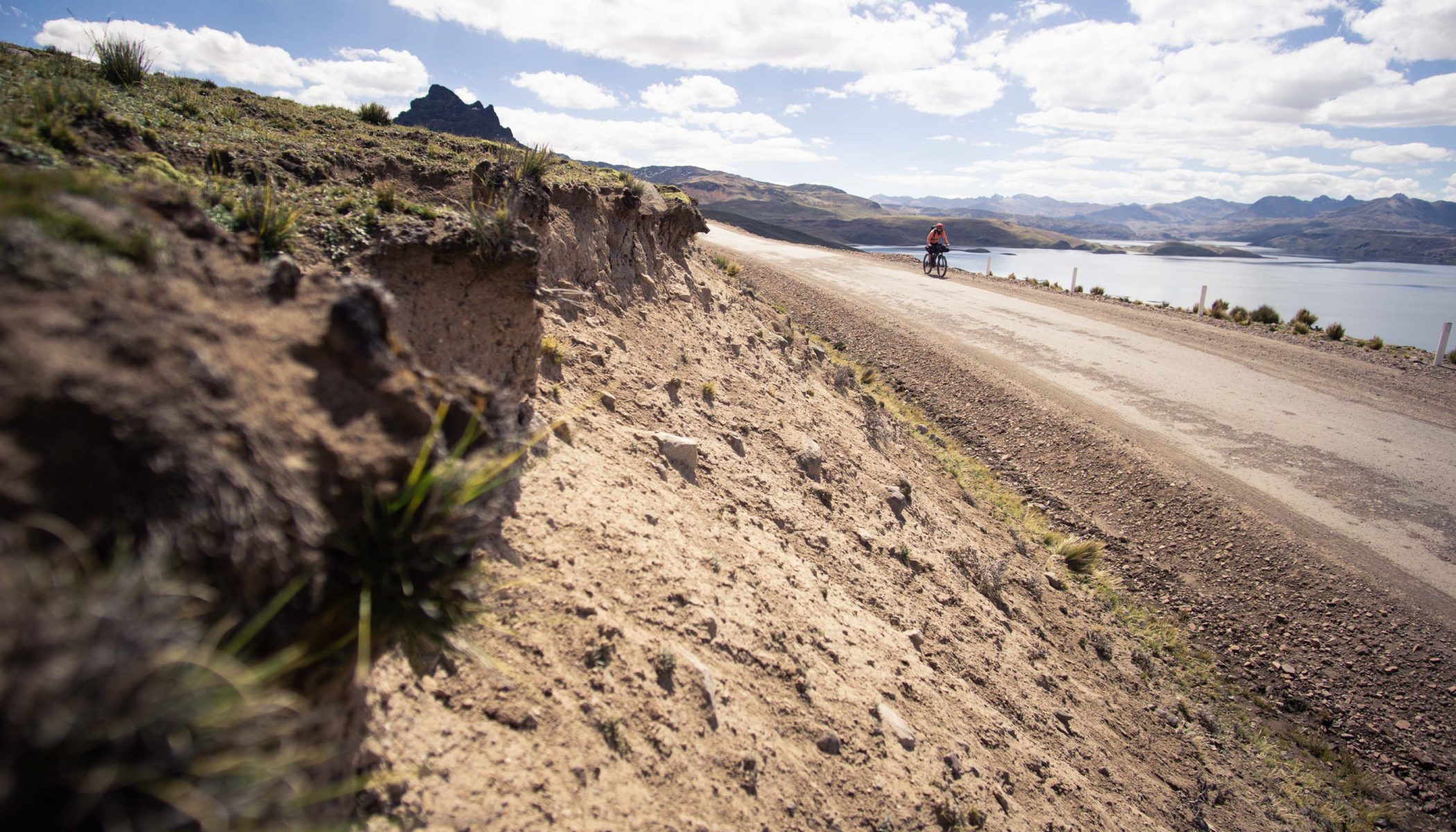 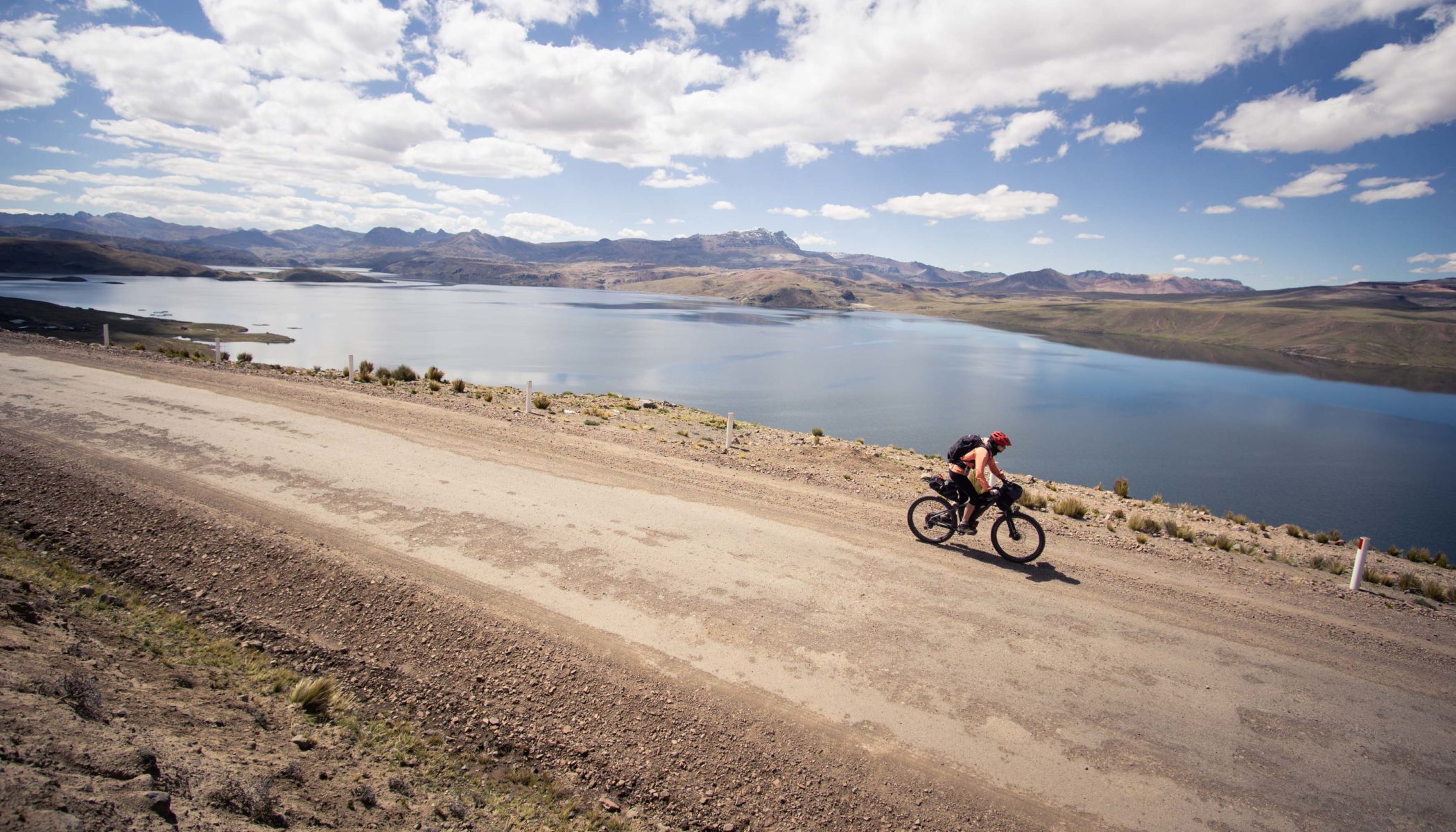 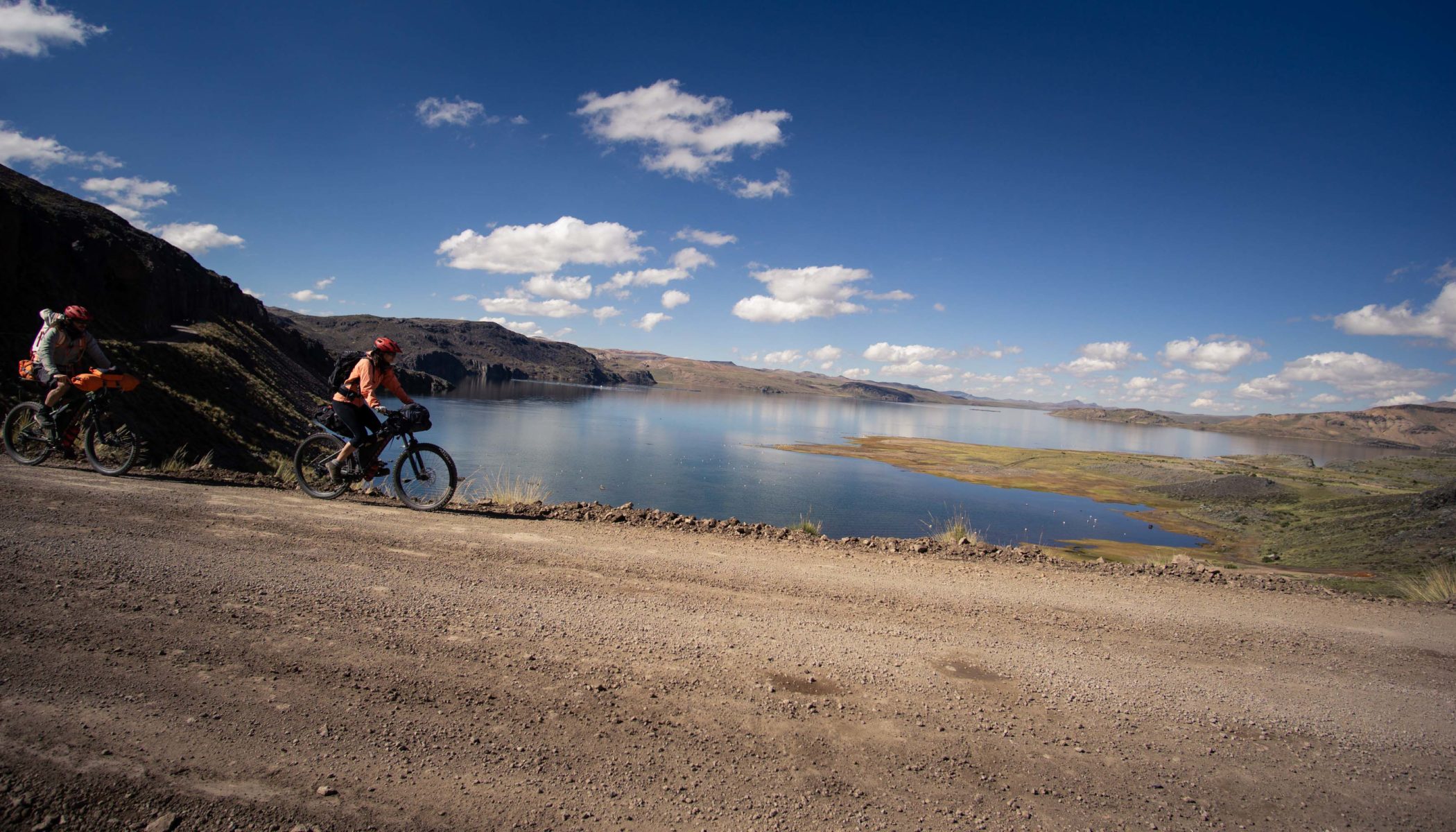 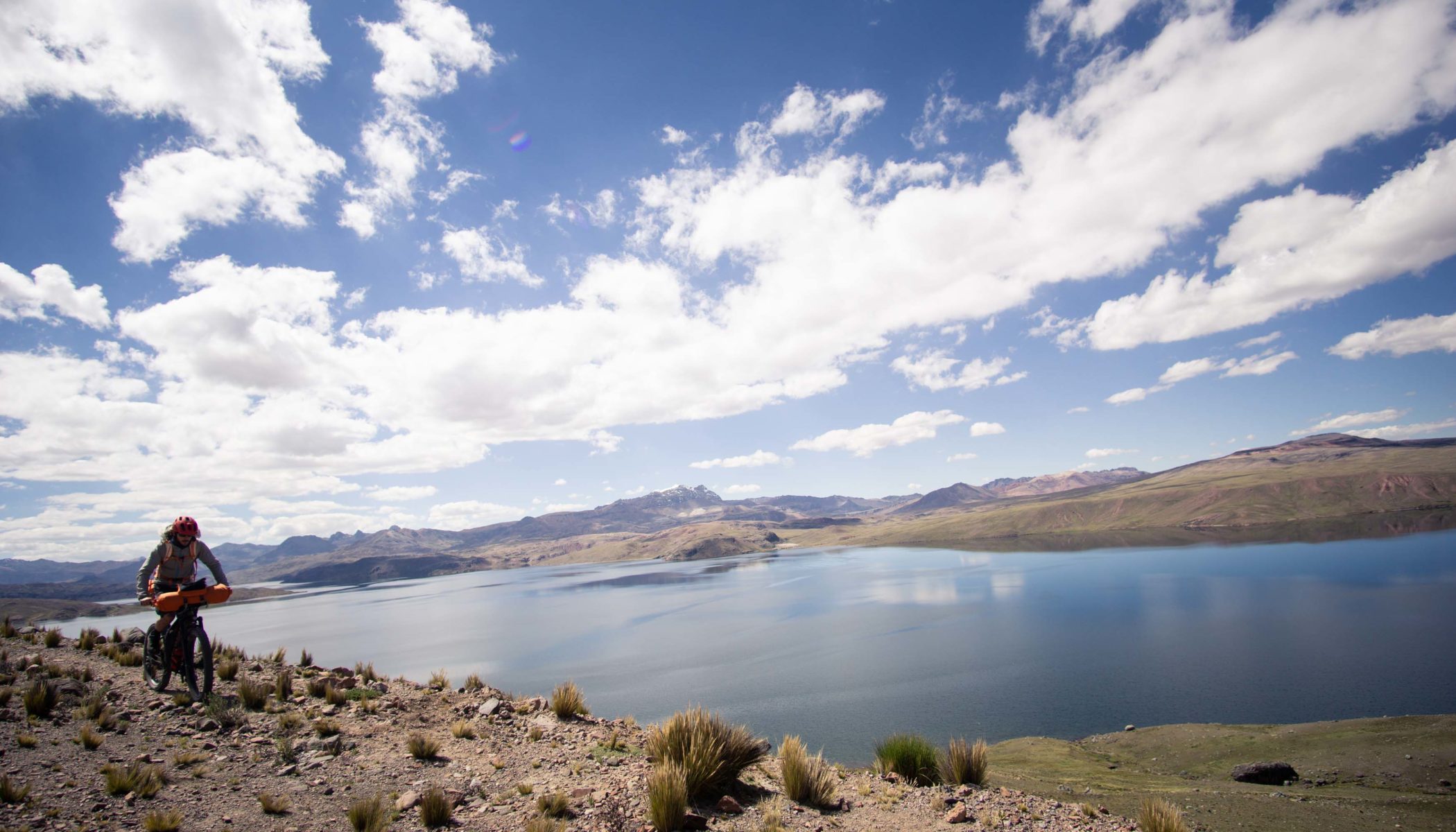 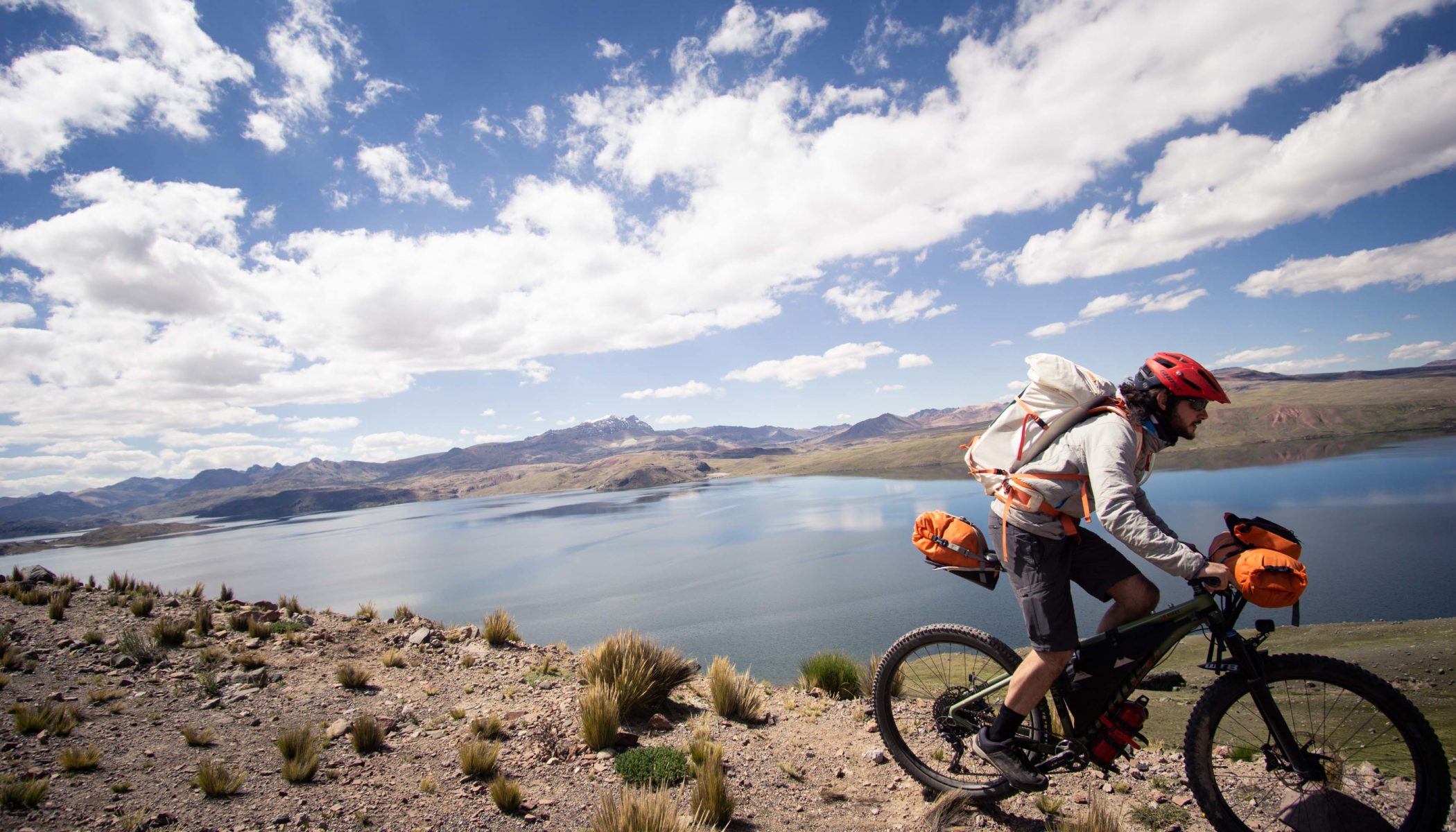 Most lakes in Peru have a name ending in Cocha (p. Ex. Orcoccocha , Agnococha or Choclococha ) the reason is no other than cocha meaning lake in Quechua . Surprisingly, llaku (more similar to lake) is also a word in Quechua that is approaching thematically to the previous one, it means water.

Between pedaling and stops to take pictures we arrived by a dirt track in good condition in Santa Inés, where we stopped to make a quick bite before a long descent. A pair of breads with fried egg for each of us that ended up becoming four per person. When we left the restaurant we were surprised by a couple of llamas making obscene acts on the other side of the street and tourists from Lima taking pictures and recording them with their cell phone. It was quickly very clear that those people were not from the area, because of the way they acted and the outfit they had, they did not have much in common with the locals. We were asked to take some pictures with us and afterwards we could continue. 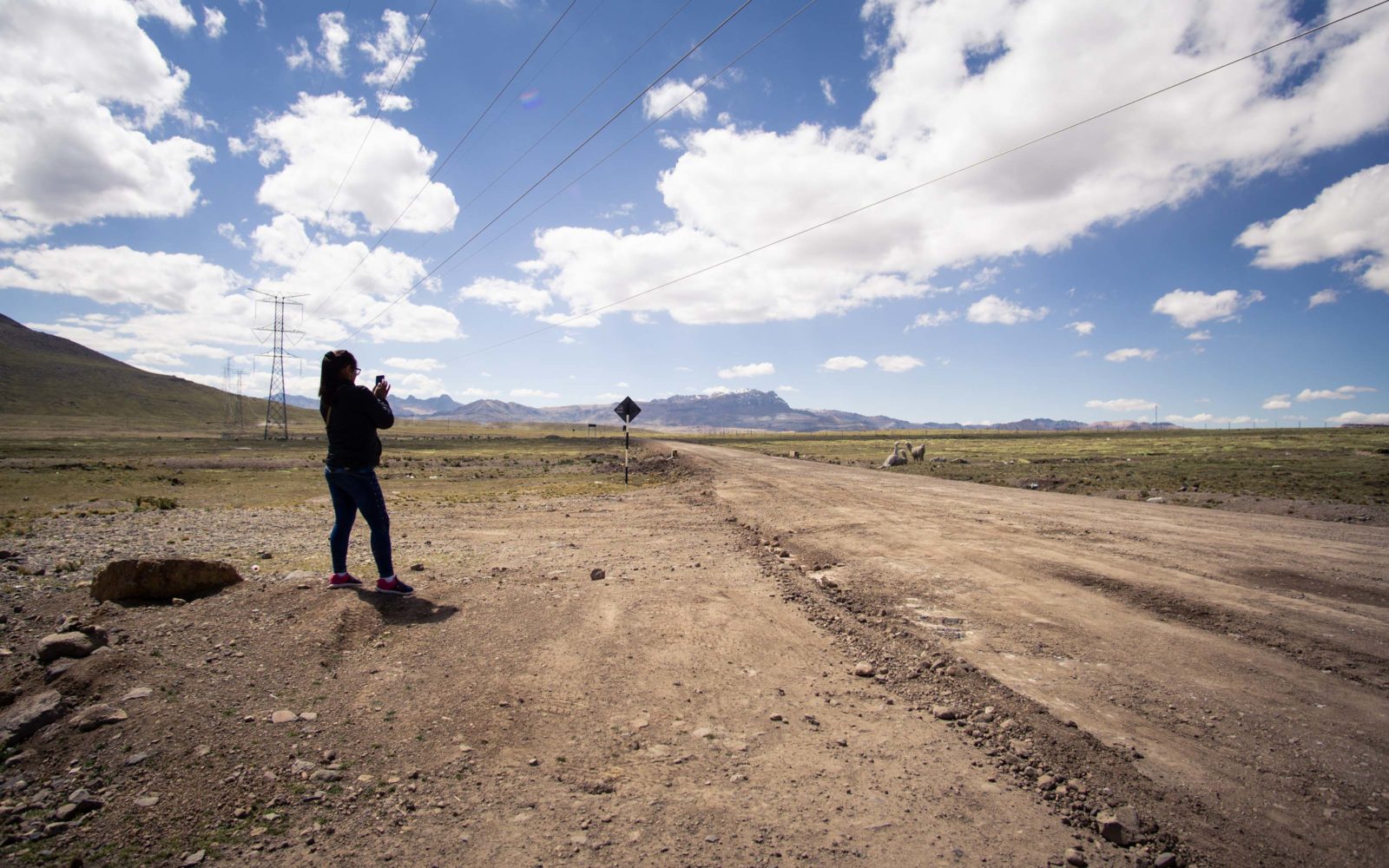 Llamas having fun in Santa Inés 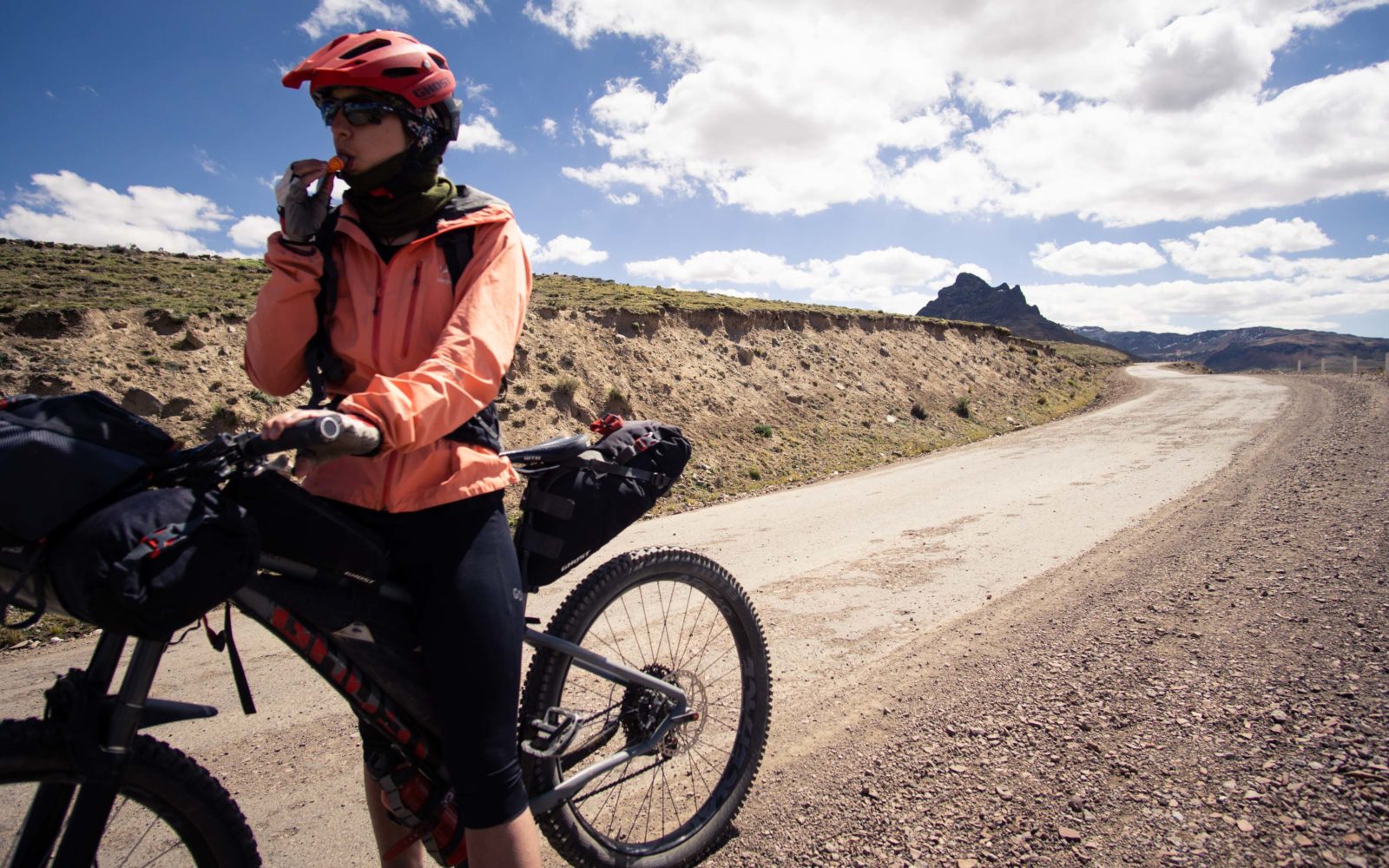 In front of lake Choclococha 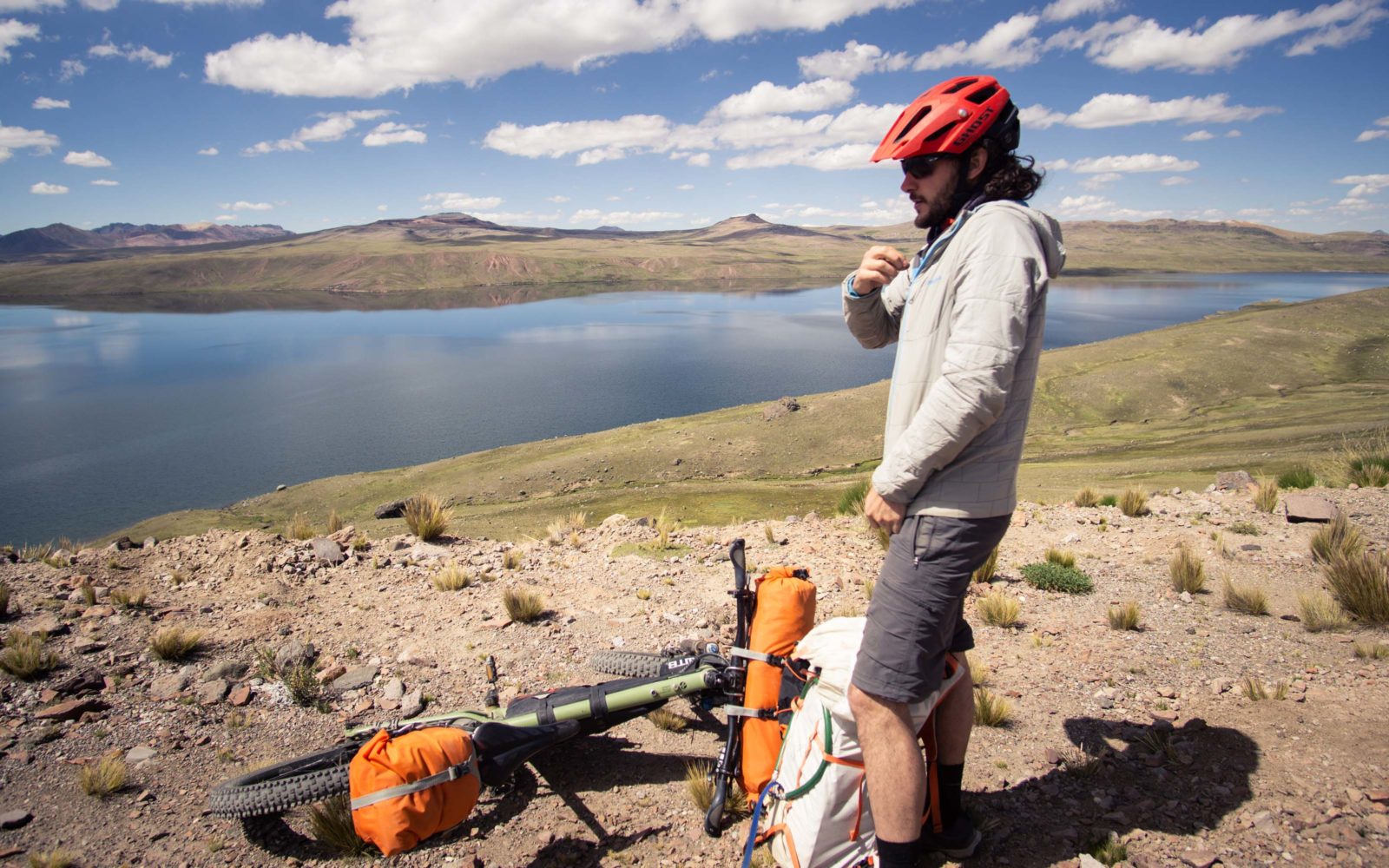 In front of lake Choclococha

The evil plan ( muahaha ) works out

Internally I had already thought about arriving to Licapa that day, but I had not gotten to verbalize it to Ariadna. It is more prudent to see how the day goes than frustrating ourselves by trying to go too fast. The river that we had to follow down the valley started where we were, at the bottom of the lake. Therefore, we should be able to continue at a higher pace since it was pure descent. 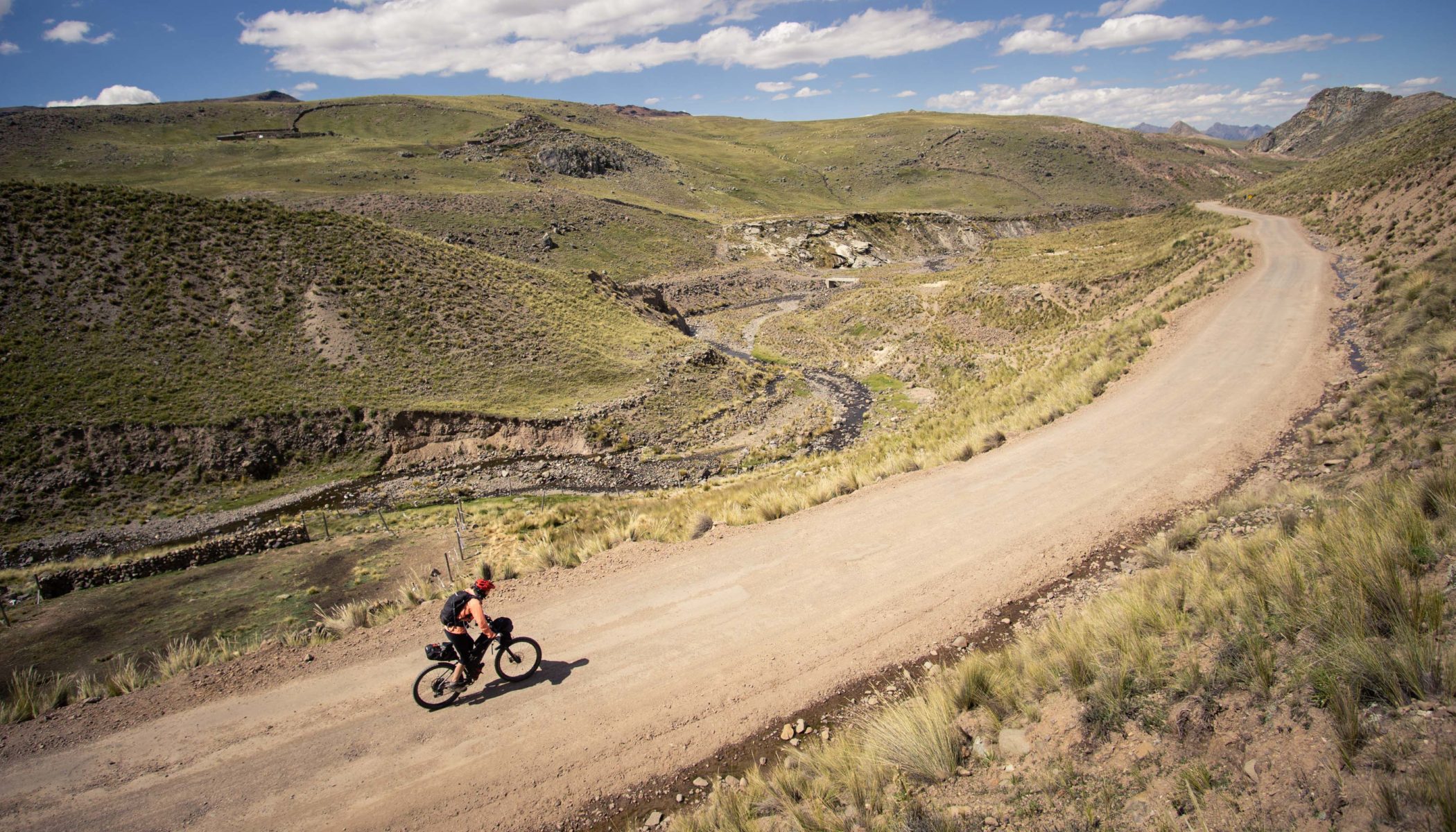 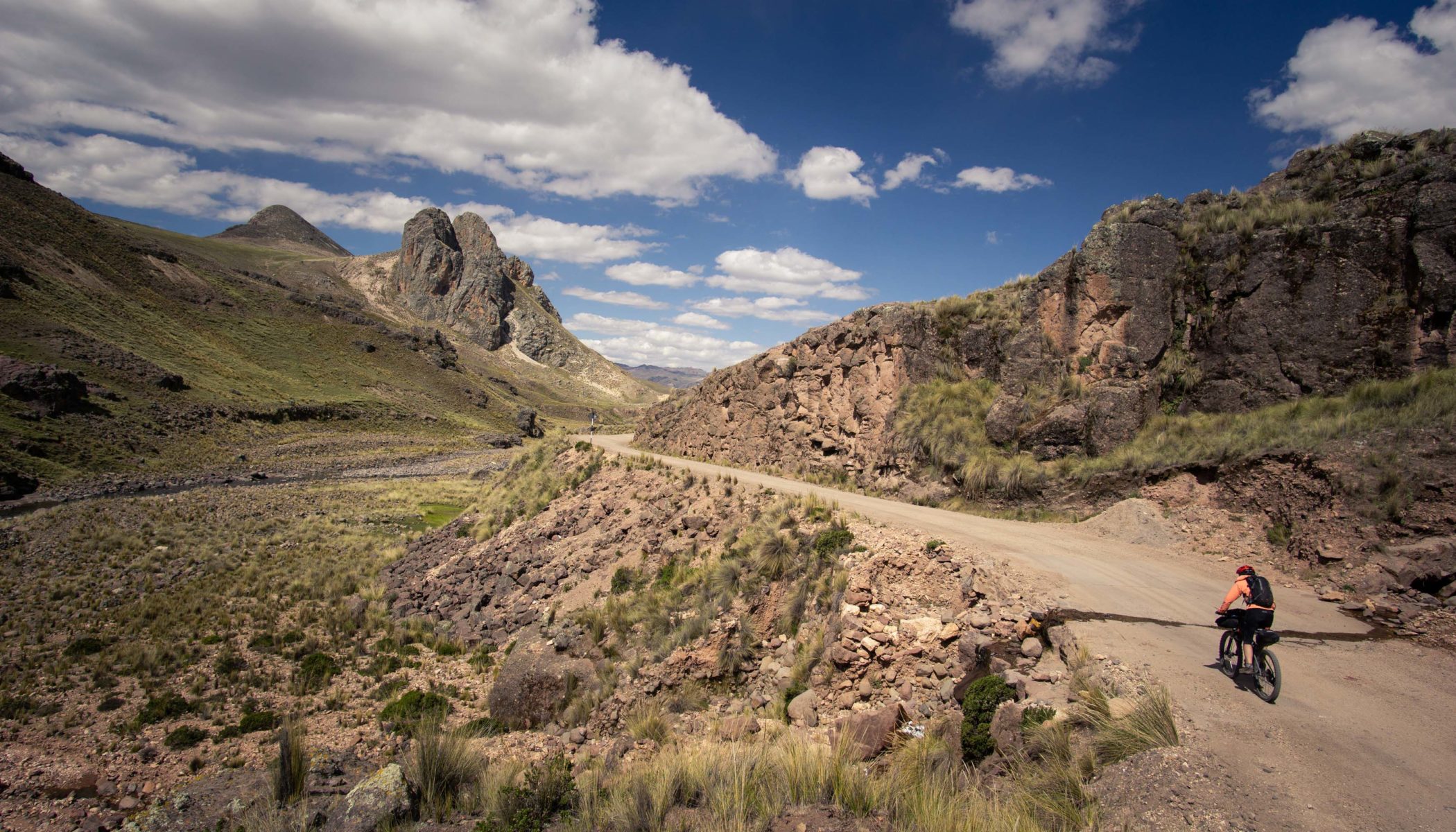 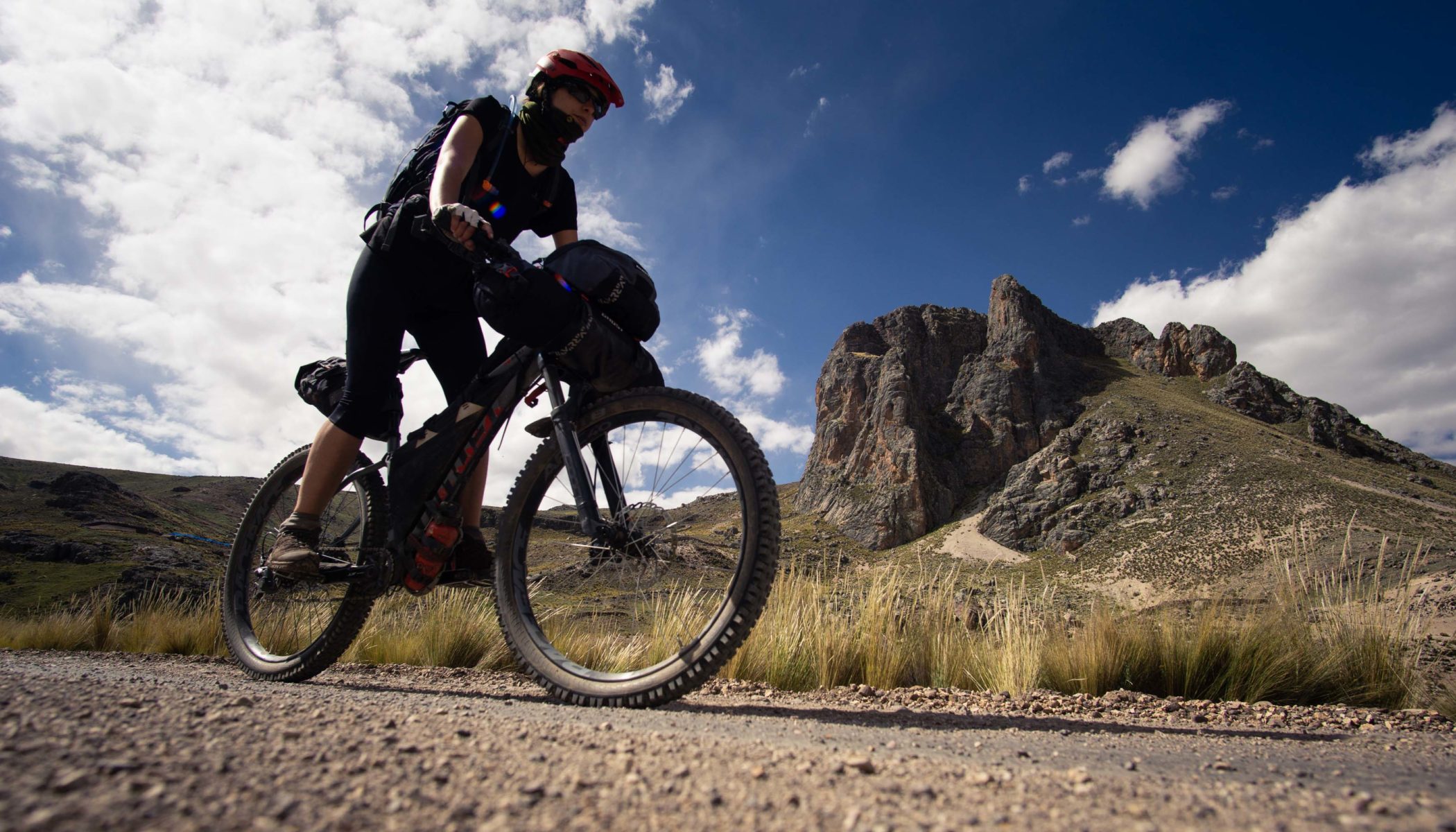 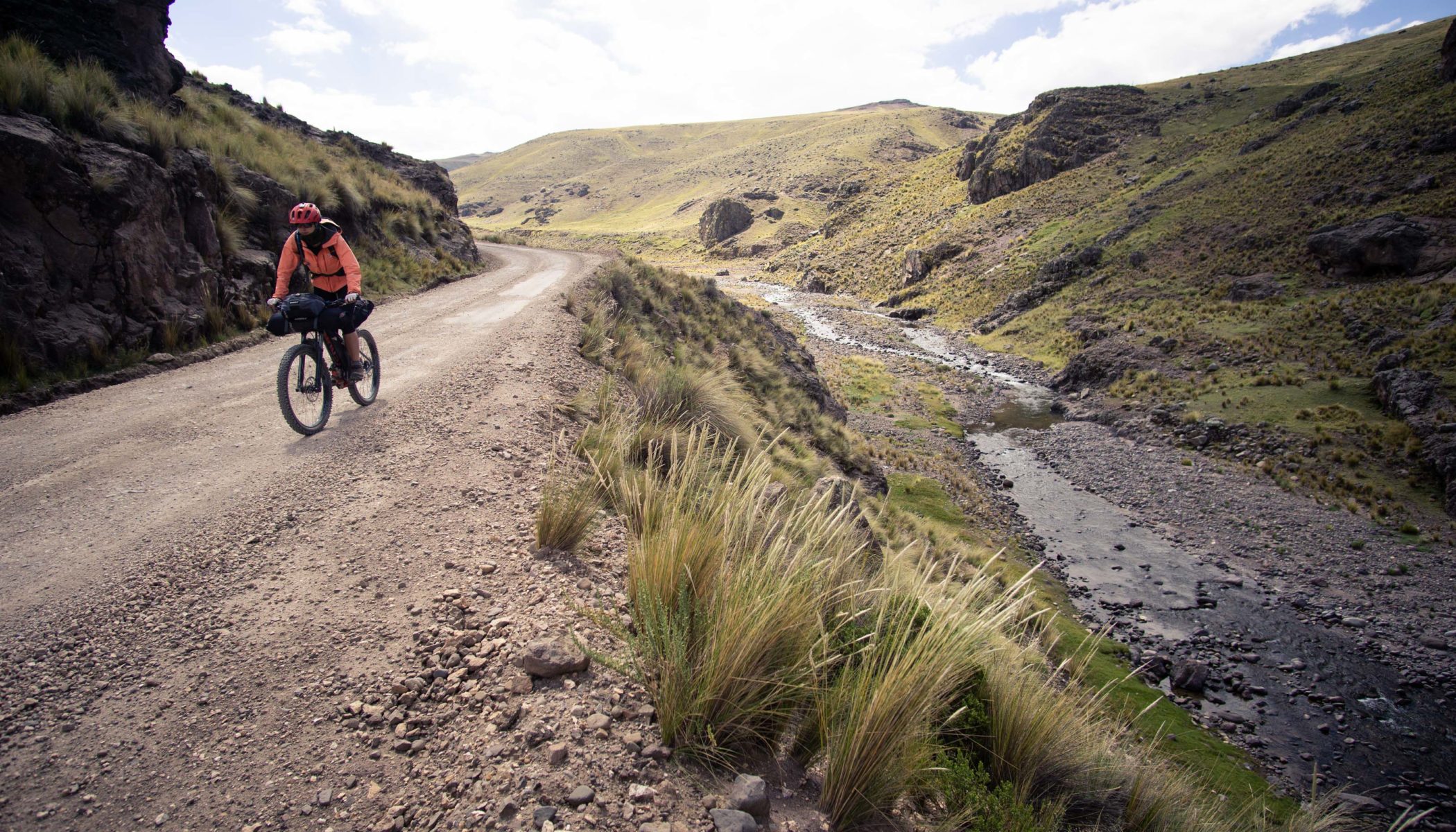 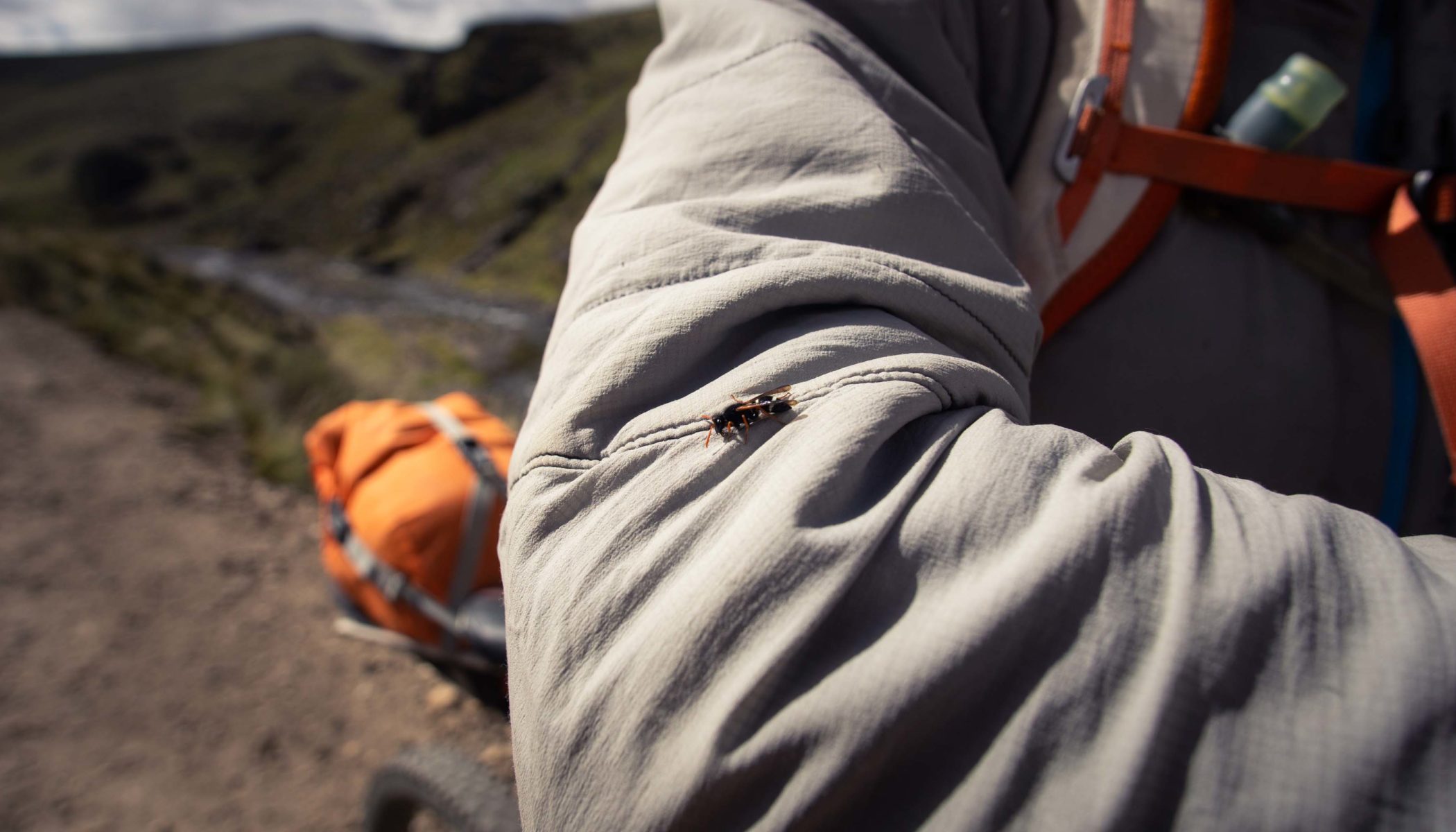 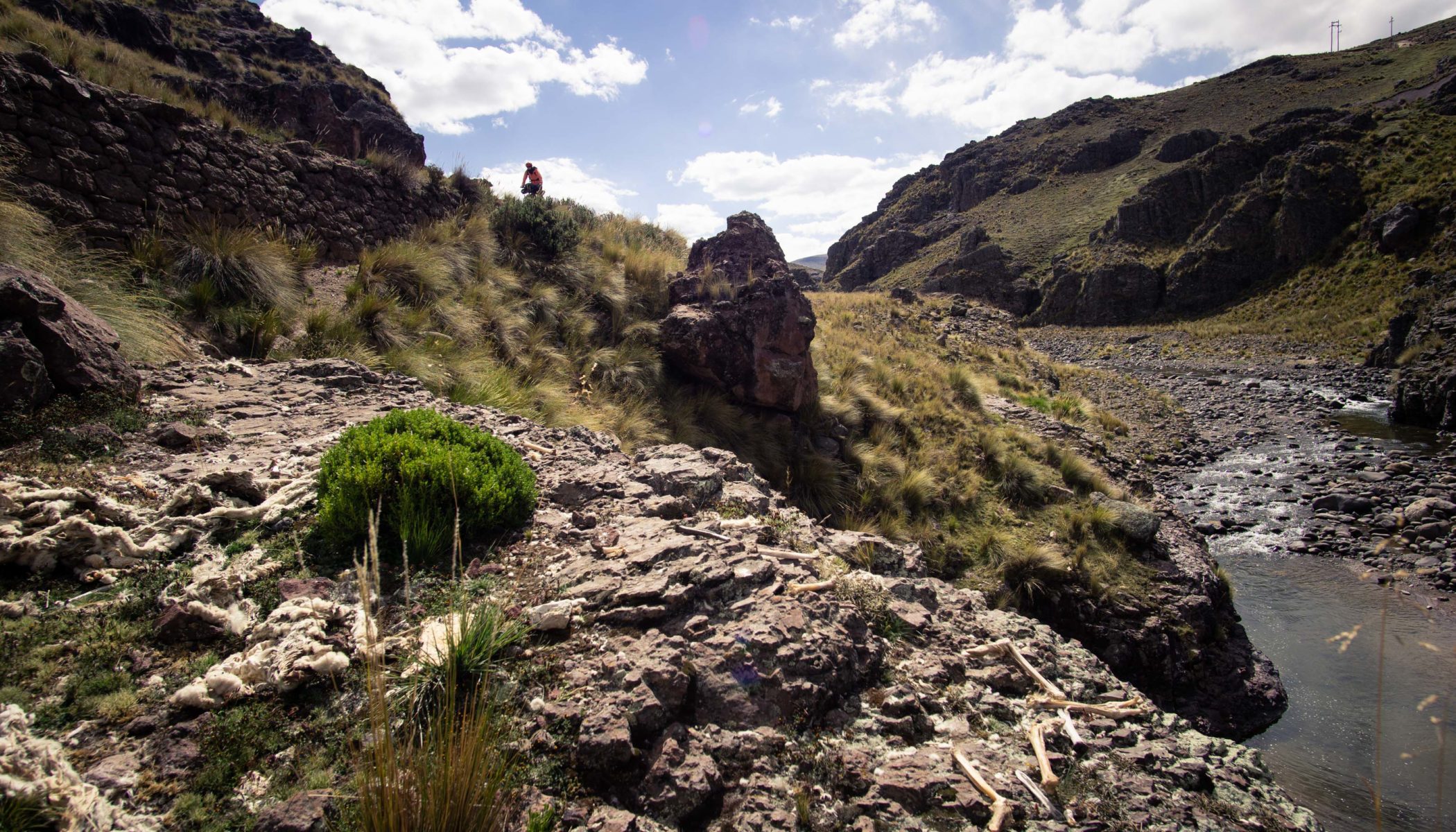 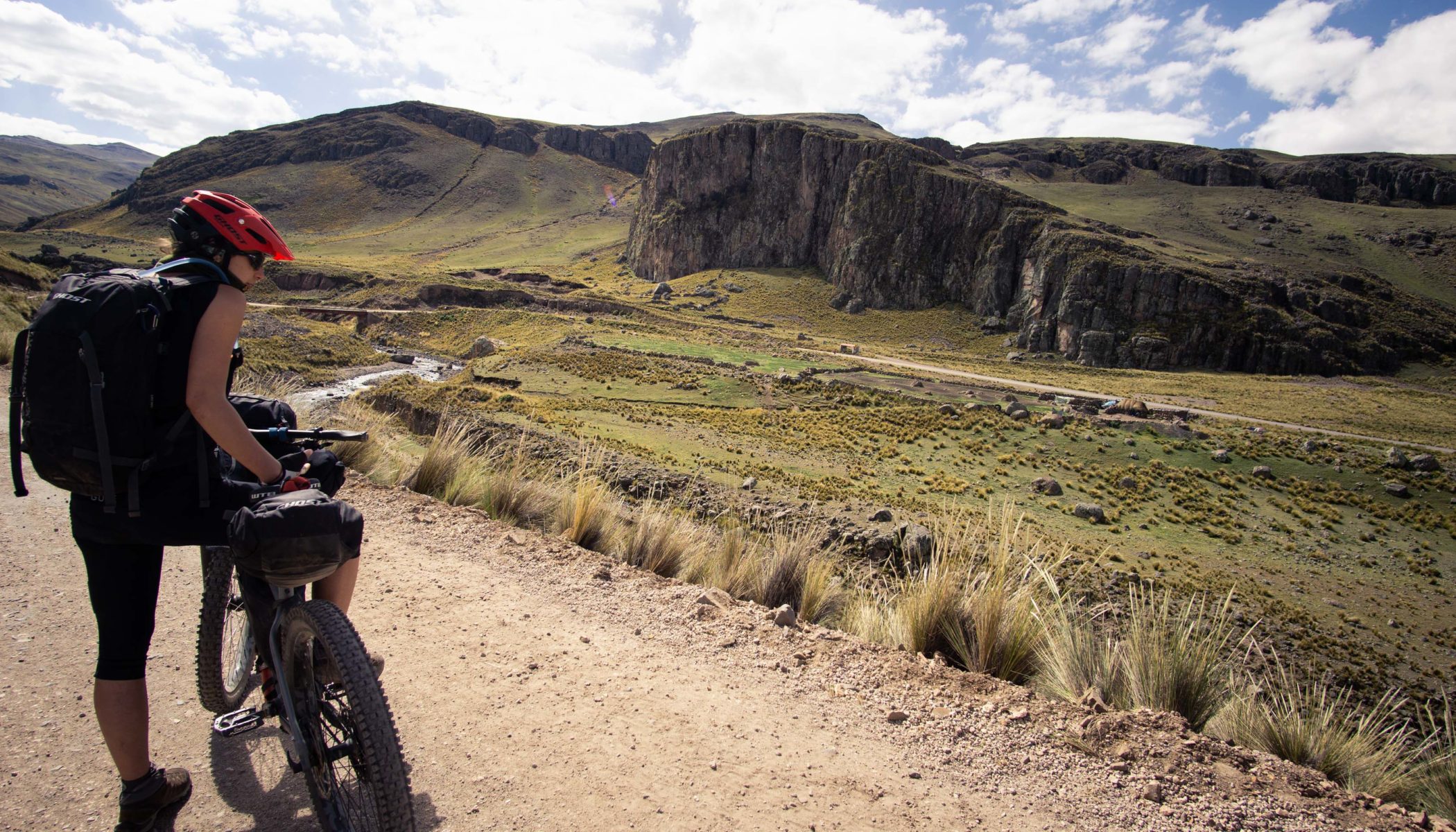 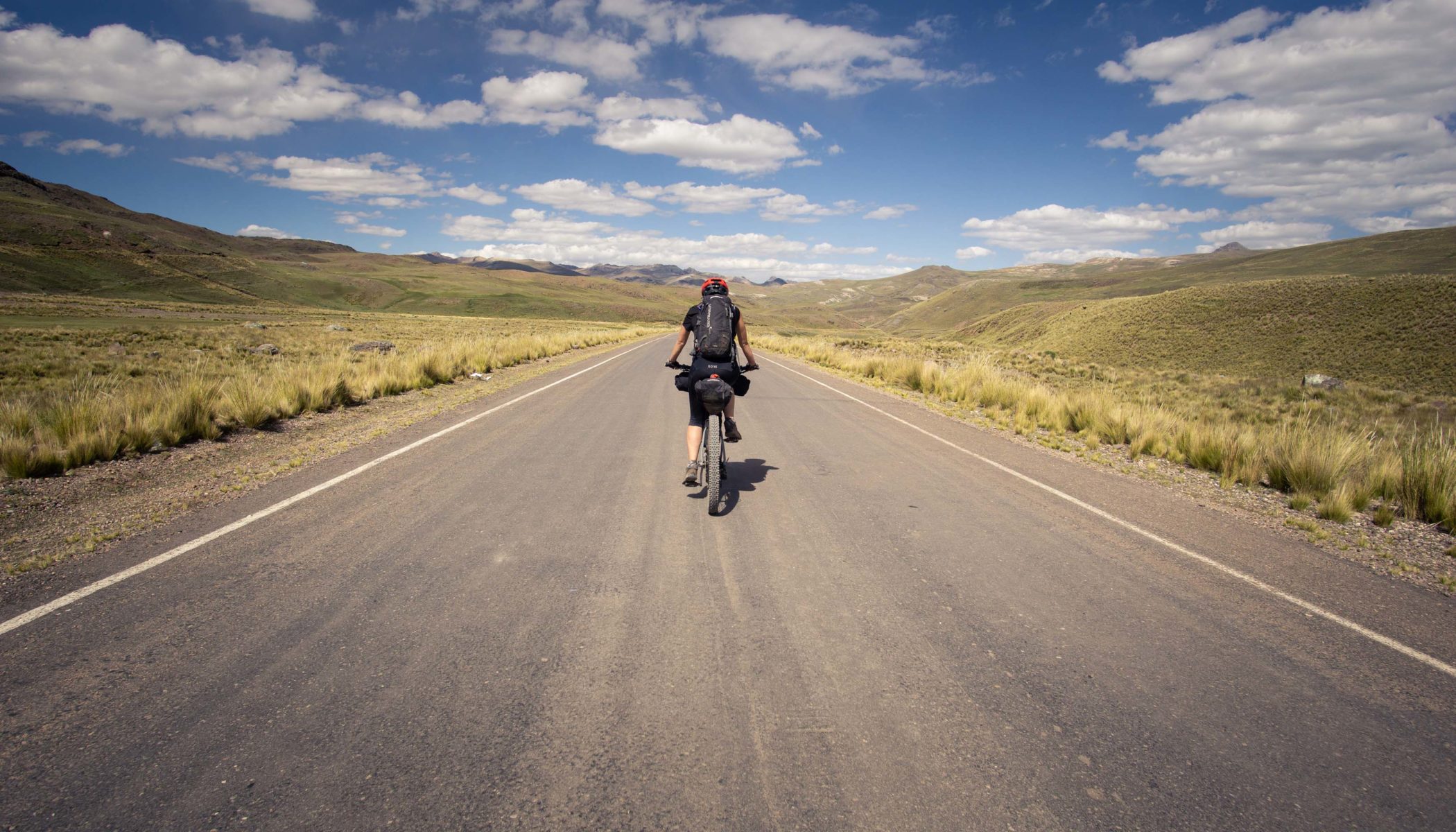 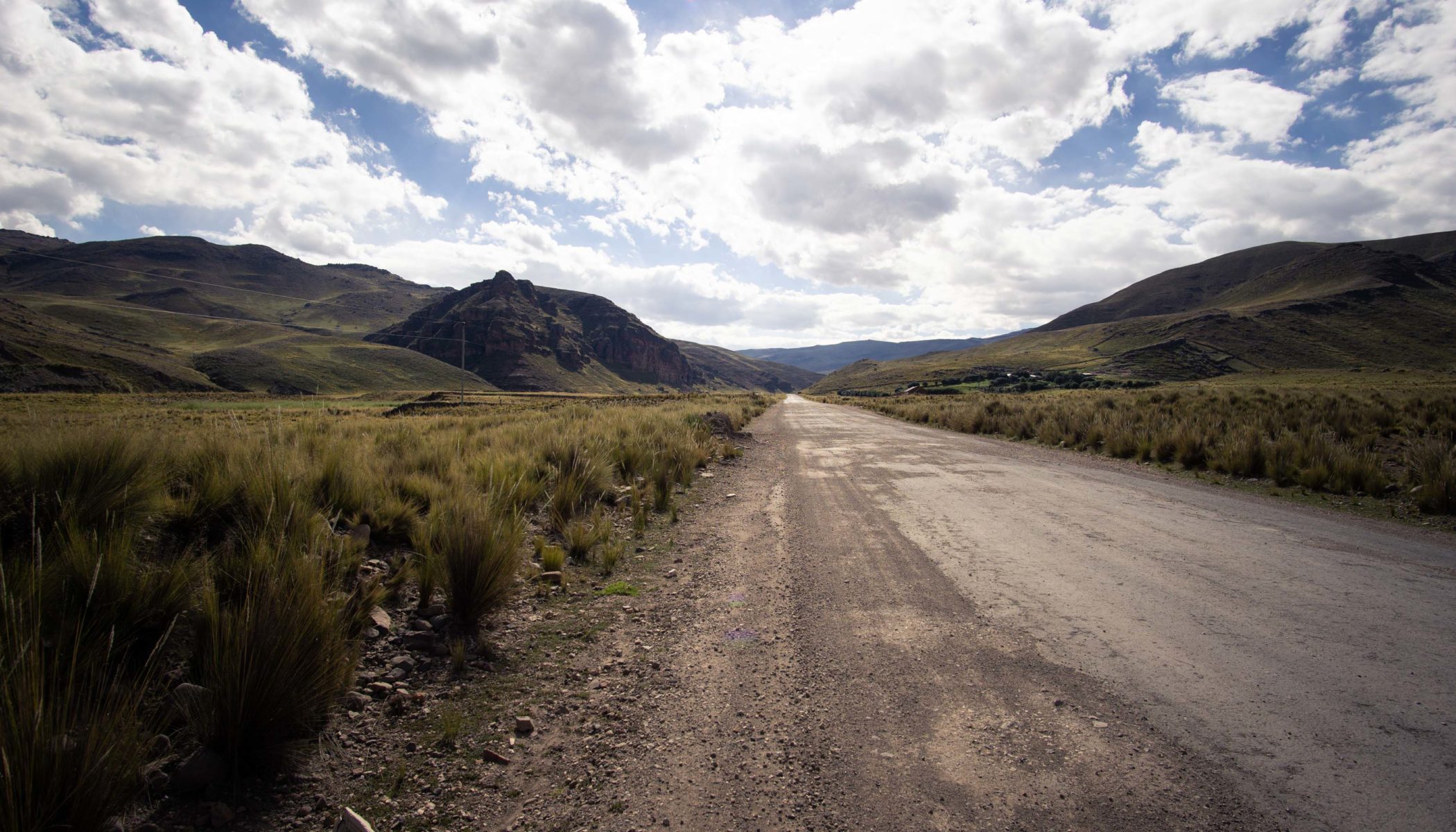 The rocky road transitioned into dirt road in good condition and afterwards to well-maintained asphalt, that was what made us get to Pilpicacha before 14:00. Considering that we had energy and were willing, we decided to continue towards Rumichaca, where we arrived before 15:00. We were so early in place that we decided to continue devouring stages and Licapa was the obvious place to point at, completing a 66km + 633m / -974m stage .

This plant is so weird!

In order to get to Licapa, we had to climb a couple of short uphills where we saw Puyas Raimondii everywhere. From the distance, we spent all the afternoon discussing what those plants could be (and even questioning if they really were plants), until we found several close enough to the road that we could understand them. It is a plant that has two extreme versions, either it has sort of a stick well overhead or it doesn’t. When they don’t have it, they are like a very dense, wide and low palm, we had never seen anything similar to them.
It is a species of palm that makes the largest inflorescence on the planet, reaching an altitude of 8 to 10m. In this kind of ‘flower’s stick’ that they have there are 5,000 flowers that produce 6 million seeds. 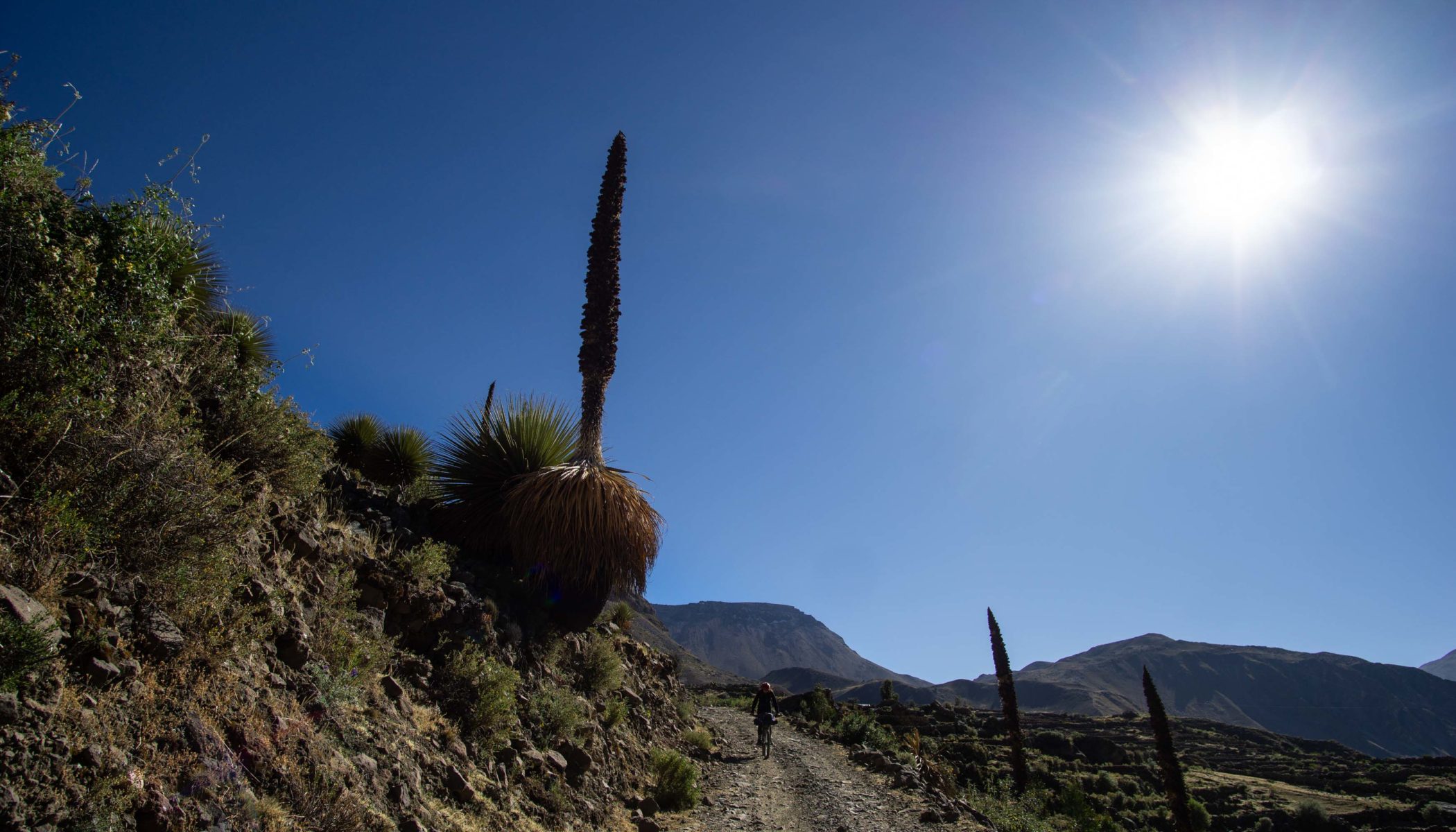 Puya Raymondii
It is said that it only blooms after 100 years, which is when the long inflorescence grows, and then … the plant dies.

The aim of arriving at Licapa surprised us with the last highlight of this route, a bright saline tongue that emerged from the middle of the mountain. It had more yellowish and greyish parts and it resembled a geological formation that we had seen in the first stages. 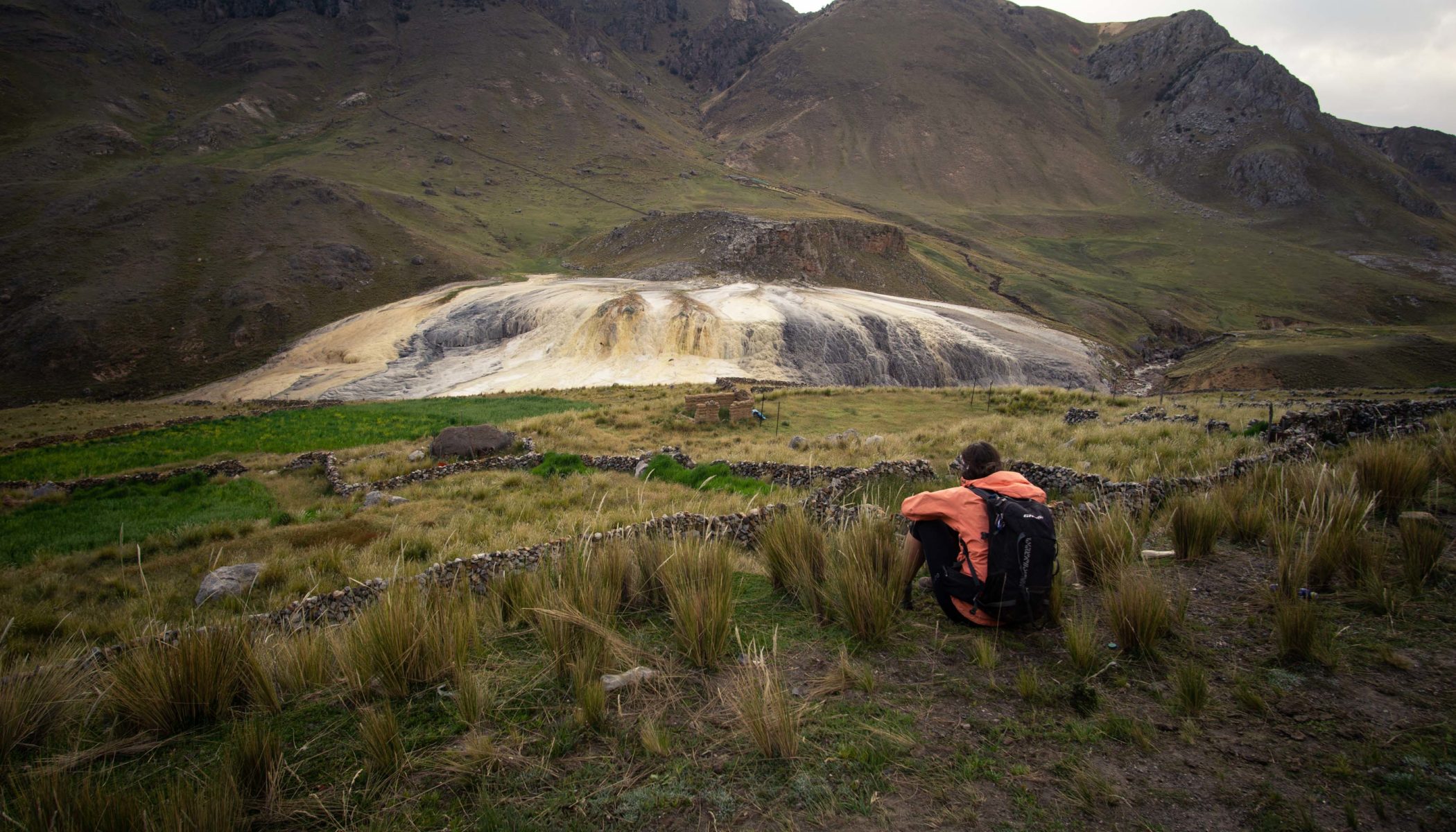 Ariadna looking at the mineral explosion close to Licapa 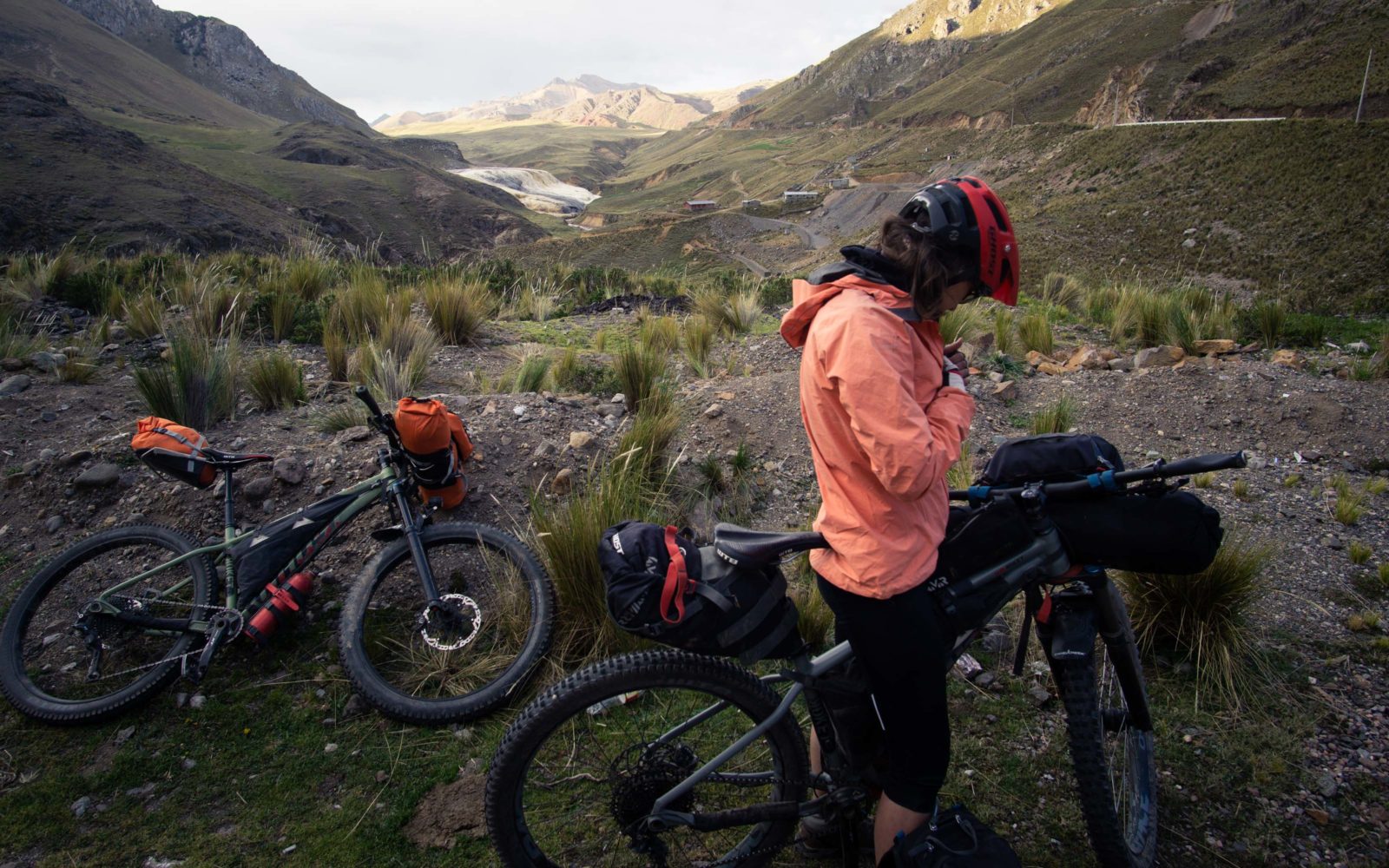 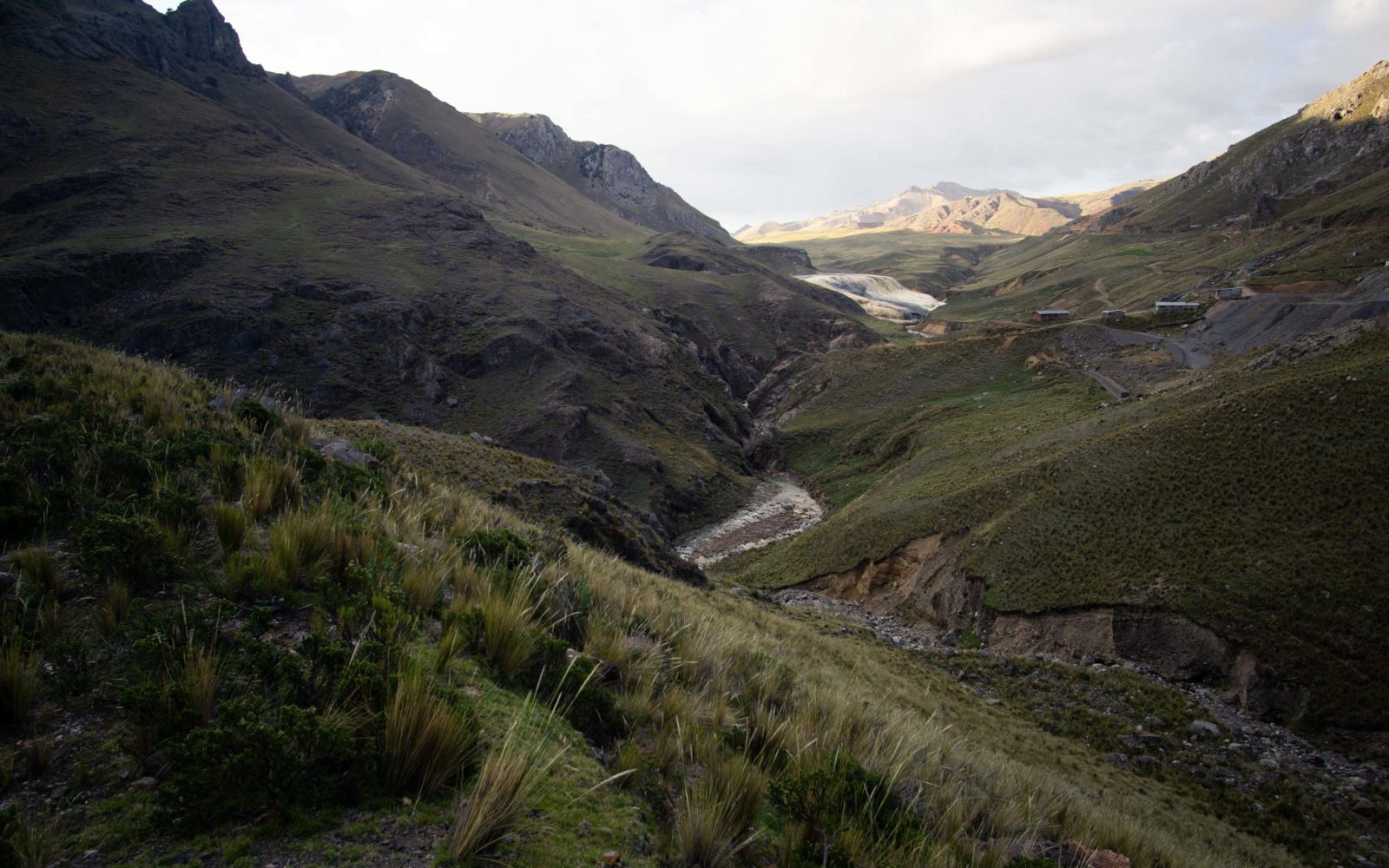 In this last straight line next to the mineral explosion on the other side of the river we were talking about what to eat in Licapa, and as always about what would be the Pizza of that long-awaited dinner. It was already at 5:00 PM and it started to darken, forcing us to put the bike lights as the road with had few traffic.

We arrived at 18:00 quite tired with the last rays of light, and to our surprise, in Licapa there was NOTHING! We often bray with what pizza we will like when we arrive to a certain town assuming that there will be no other possibility than a simple menu (which, on the other hand, we love very much!). But this time we were really surprised, Licapa had to be a semi-urban city with several restaurants, this was our expectation. 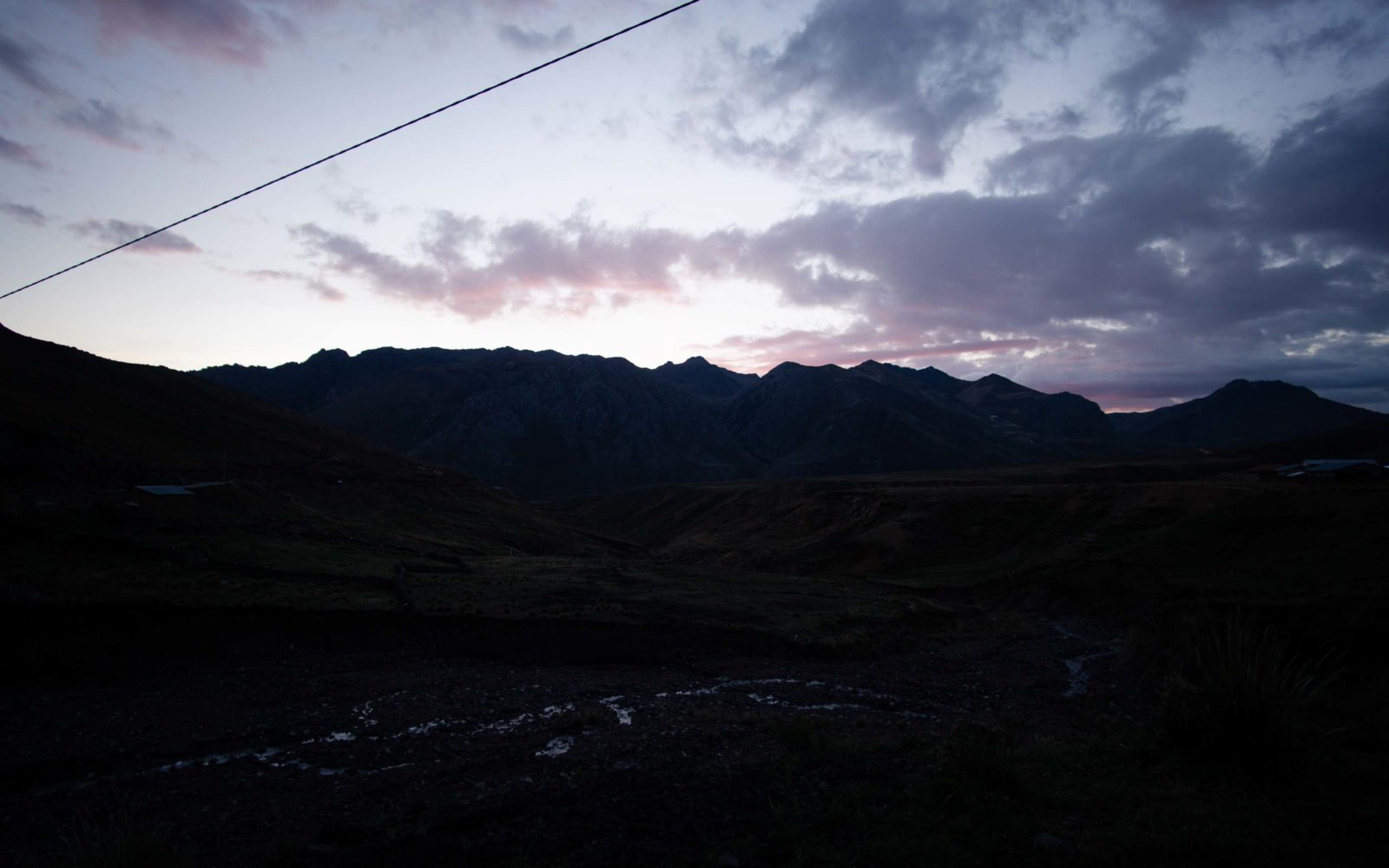 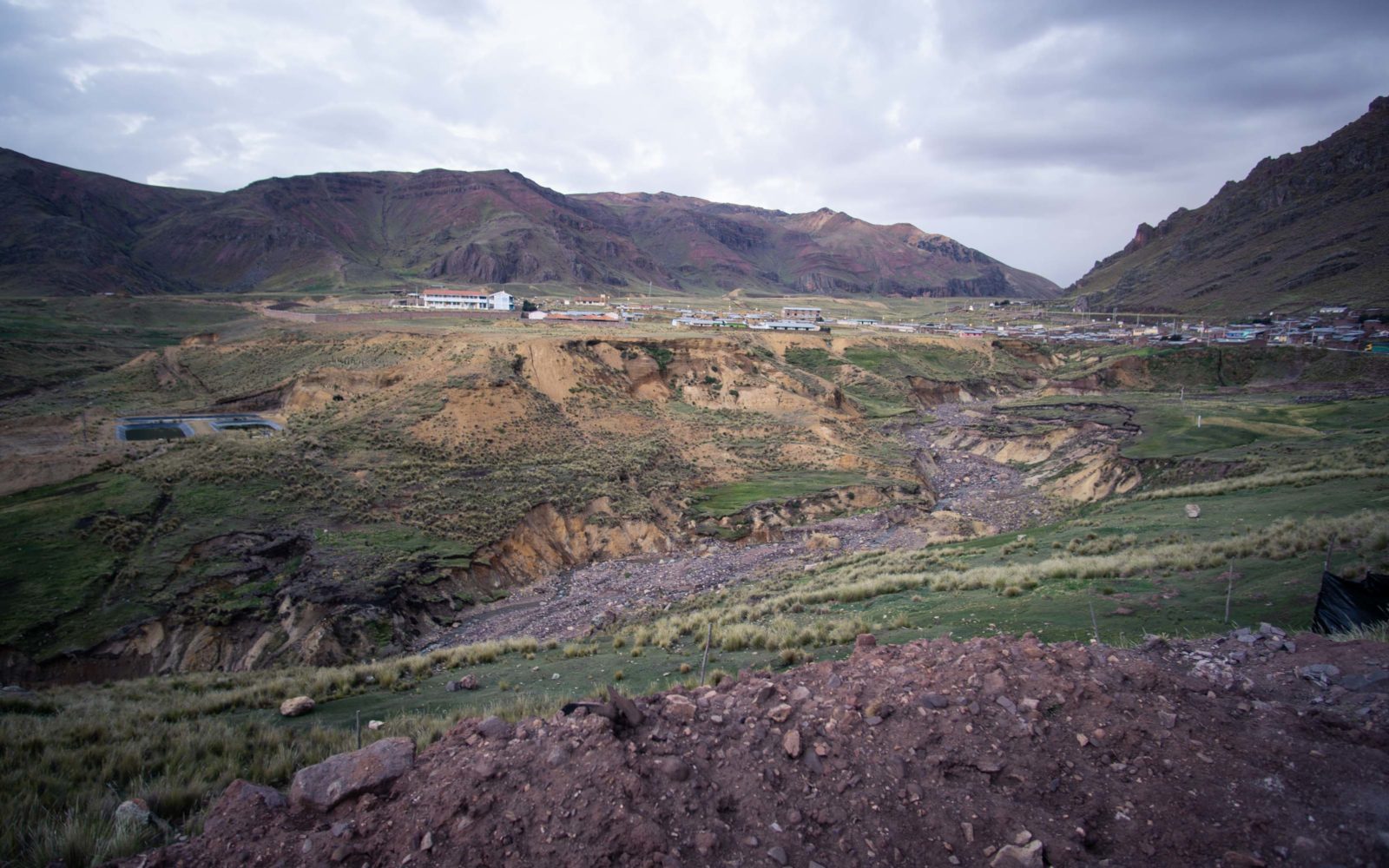 In the village we got a lodging after searching for long and there was no place to eat. So we started cooking late and enjoy a well-deserved rest in a rather cold room, doubting our decision to continue to reach Licapa but happy to have covered more kilometers and be further on the route.