After two months we reached the highest point, Punta Pumacocha pass at 4.990m. It was a stretch we were looking for, a thrilling goal for both. The thin air is against us but the moment will be magic. 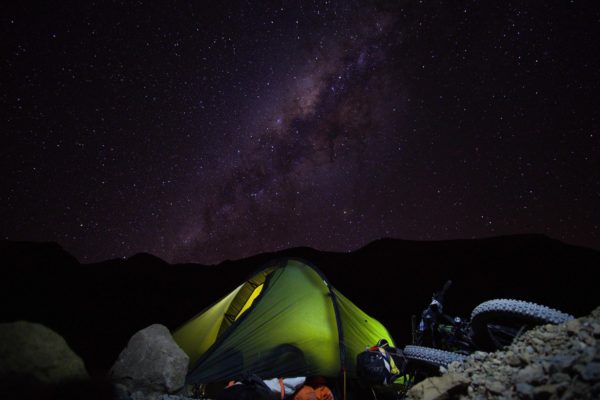 That night we slept on the road, we did not find any better place to set up the tent. We were at 4.600m, as always, we were accompanied by the milky way and a millions of stars. The next day we got up early and, with little food in our belly, we started pedalling.

After two months we reached the highest point, Punta Pumacocha pass at 4.990m. It was a stretch we were looking for, a thrilling goal for both. We did not know if we could reach it or not since last time we had reached 4.800m, Ariadna got quite tired and affected by the thin air, so we had lots of doubts!

The ascent was stony and difficulted every stroke but the landscape was beautiful. The sun accompanied us all day long but as we climbed, the air got colder and the little oxygen was noticeable. We made some stops to eat a little and drink juice in order to get some energy, at that time we were pedalling slower and slower every time. In the end, we decided to start pushing the bicycle. We were at 4.850m and every now and then we tried to jump on the bike and pedal again, but after four meters we had no oxygen left and had to stop. Finally we dismantled the bags, we assembled them to our backpacks and pushed to the pass. The sun was falling and we came across one of the most beautiful sunsets we’ve ever lived. 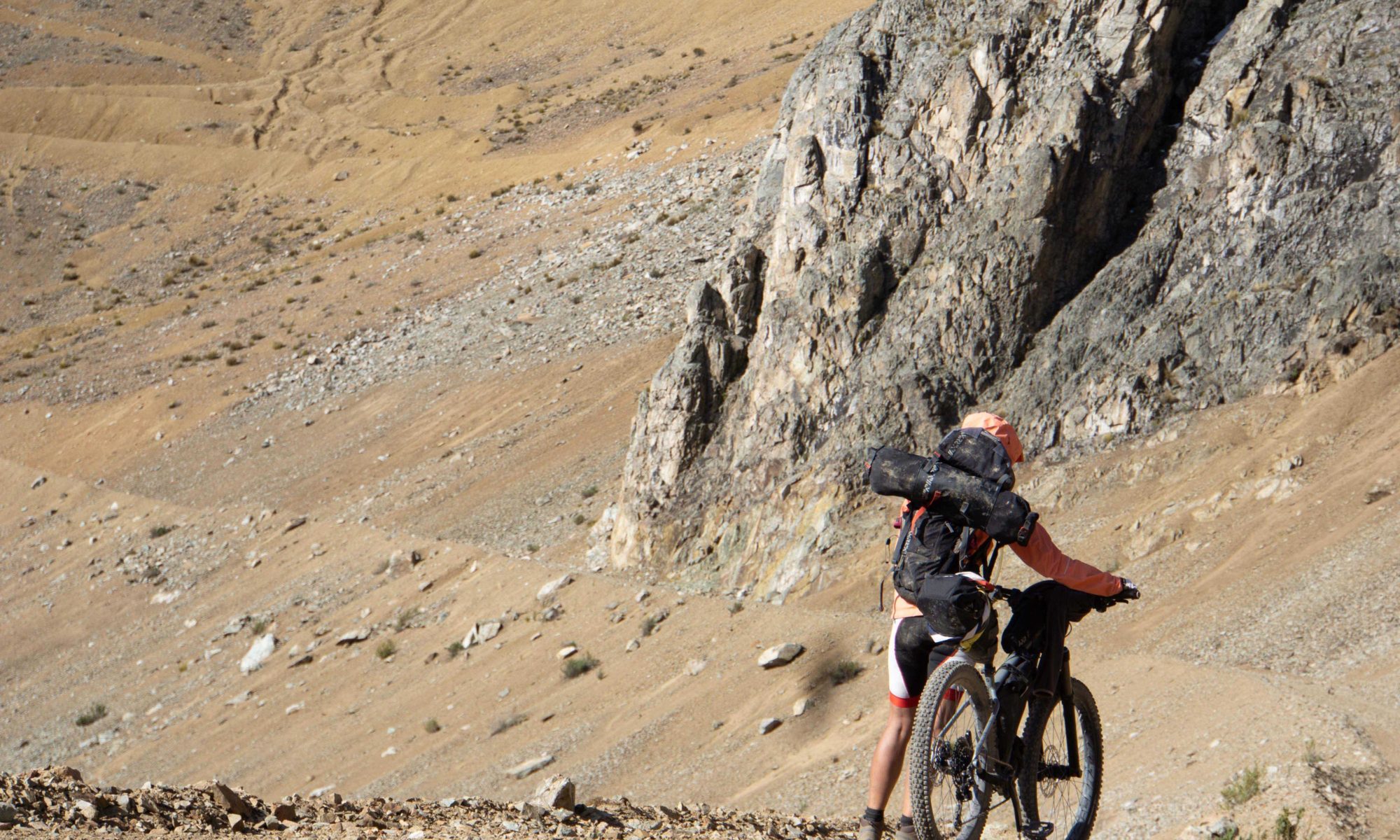 The most magical moment

Gerard left the bicycle on the floor and quickly grabbed the camera. It was a very magical moment for both, a challenge that was overcome, despite not having been able to pedal. We felt like we were on the roof of the world, together, accompanied by snowy mountains and silence. We were feeling good, without altitude sickness, and although it was hard to breathe, the sensation was spectacular, just like the resulting images! 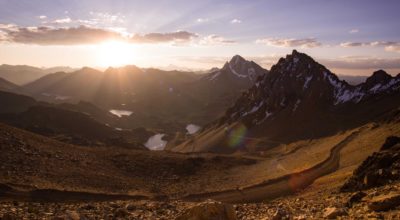 Views from the pass Punta Pumacocha 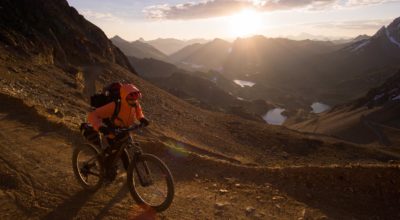 Pushing to the pass Punta Pumacocha at sunset 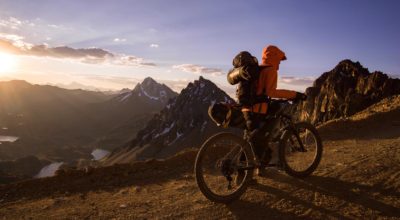 Pushing to the pass Punta Pumacocha at sunset

The sunsets are precious moments, but they end up fast. We knew that when the last ray of light touched us, the cold would freeze us so we put on as many warm clothes as we could: shirt and thermal leggins, fleeces, down jacket, gloves, buff and cap. When the sun hide the sky became blue and violet, we jumped on the bikes and managed to reach 4600m to be able to rest well. On the other side of the pass, the valley was absolutely different. It was very shocking to see the change of rock, colours and vegetation. It got dark immediately but we used the bicycle lights and arrived at the destination, a field where to mount the tent and prepare a well-deserved warm dinner! We were tired and cold but the emotion of the day made us take the energy.

While we were having dinner we saw yellow eyes moving closer to us. We knew we were in a zone where pumas and bears could live but it seemed a smaller animal like a fox. Not too far away there were huts with flocks and we thought they were its goal, still, we made an attempt to frighten it and had enough to stay quiet.

That night we took the opportunity to do astrophotography. There was a brutal sky and Gerard could not leave the camera until he was able to capture that moment in several different ways. 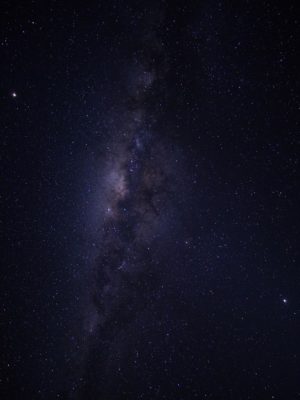 Astrophotography of the milky way 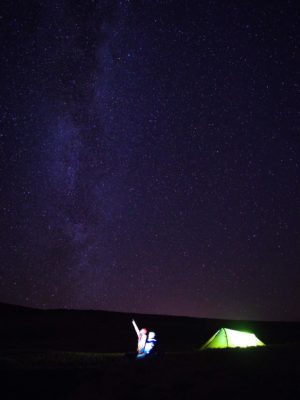 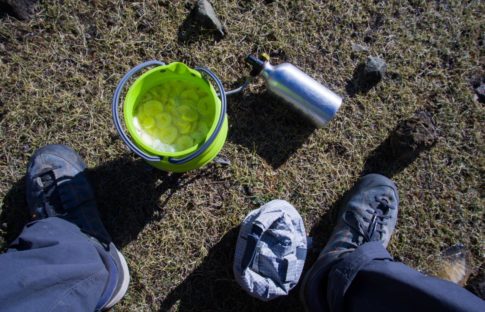 The following day we were going to pedal long pampas, a pretty flat land, full of wetlands and lots of wildlife, especially birds. 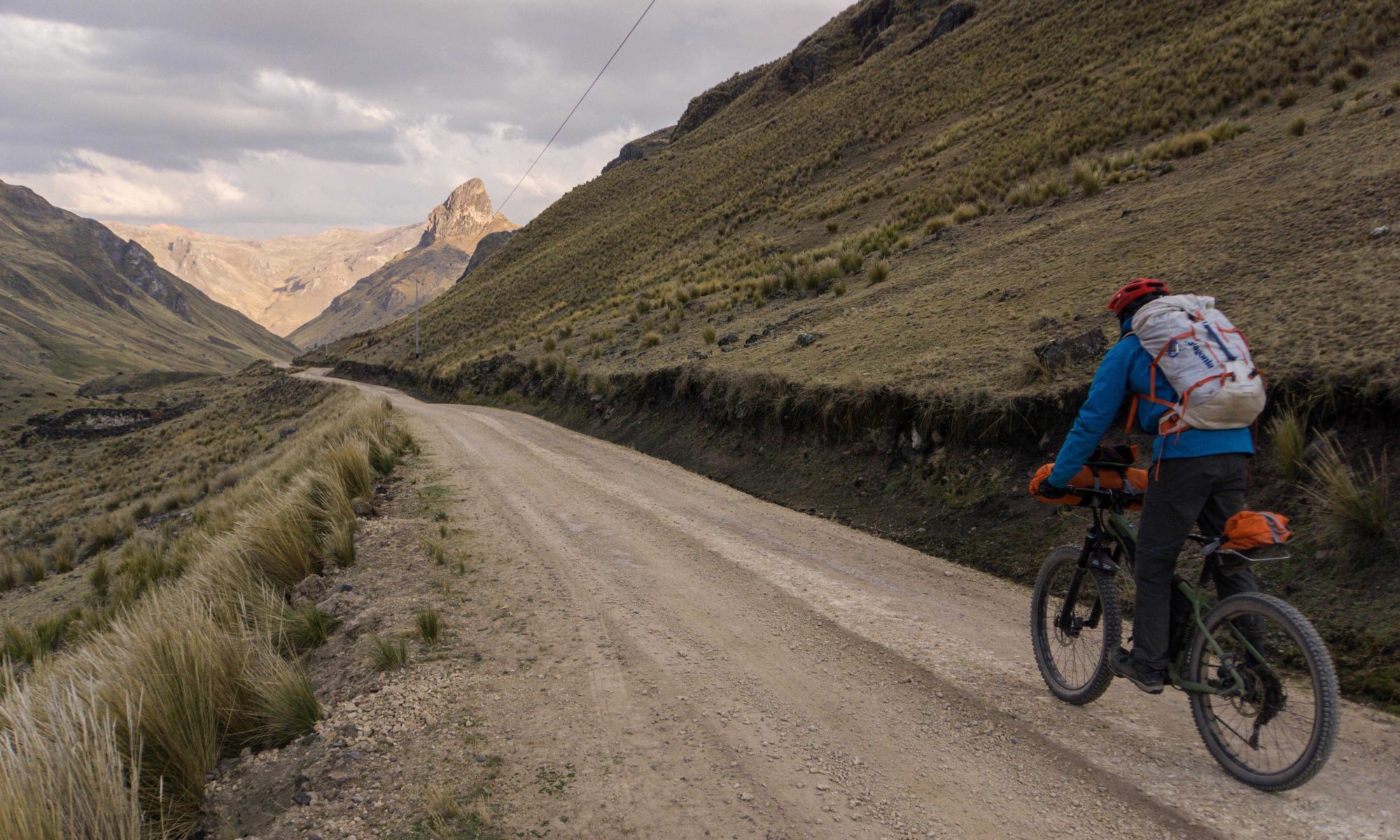 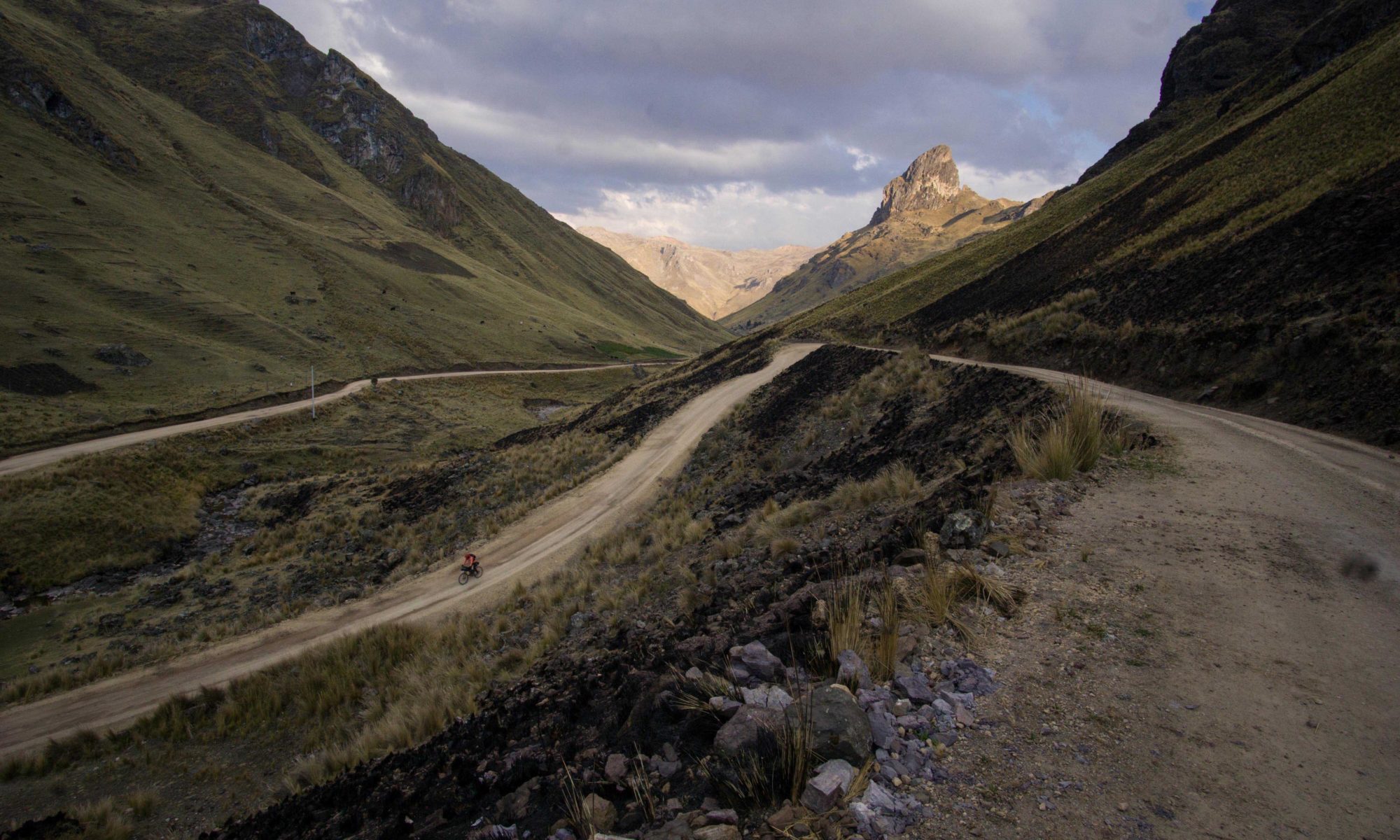 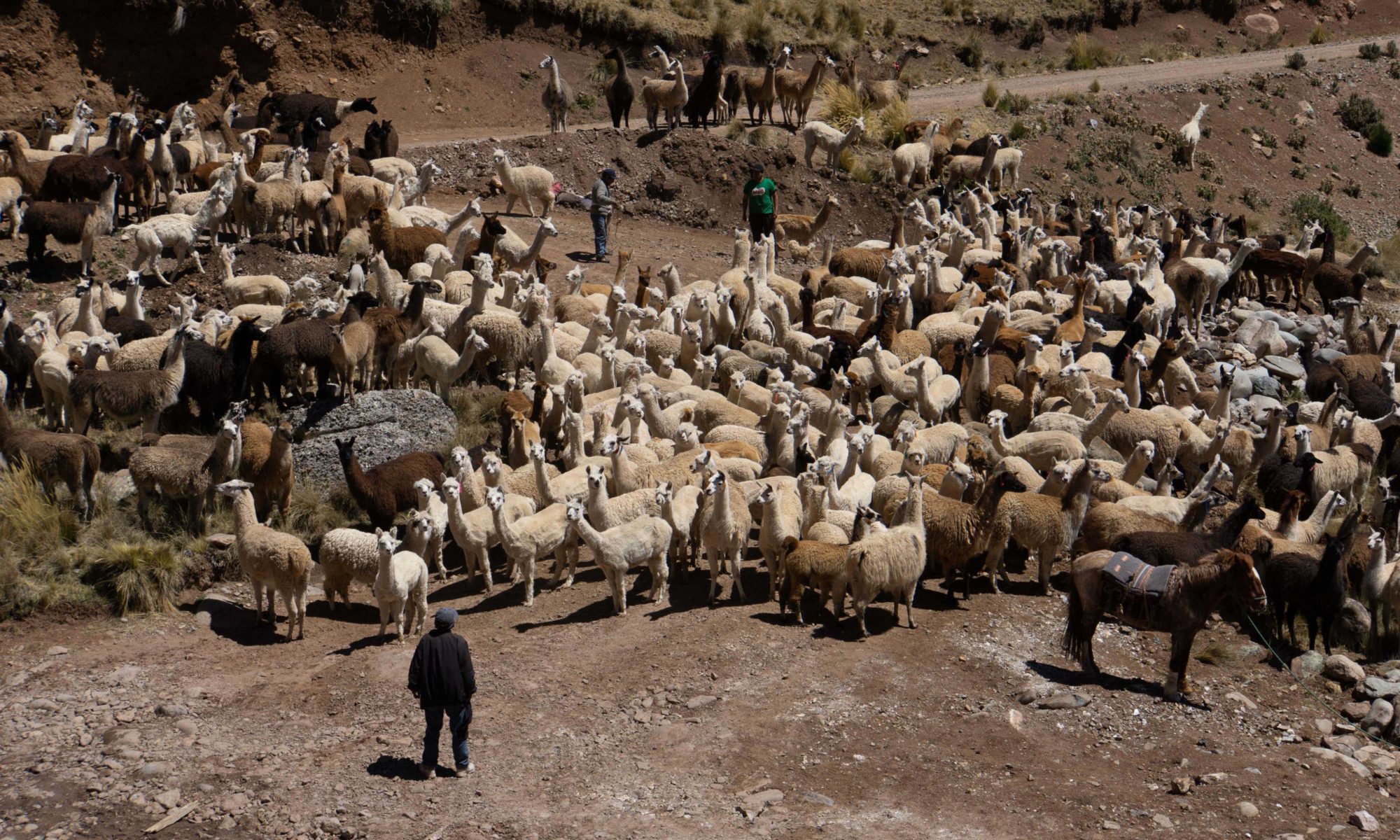 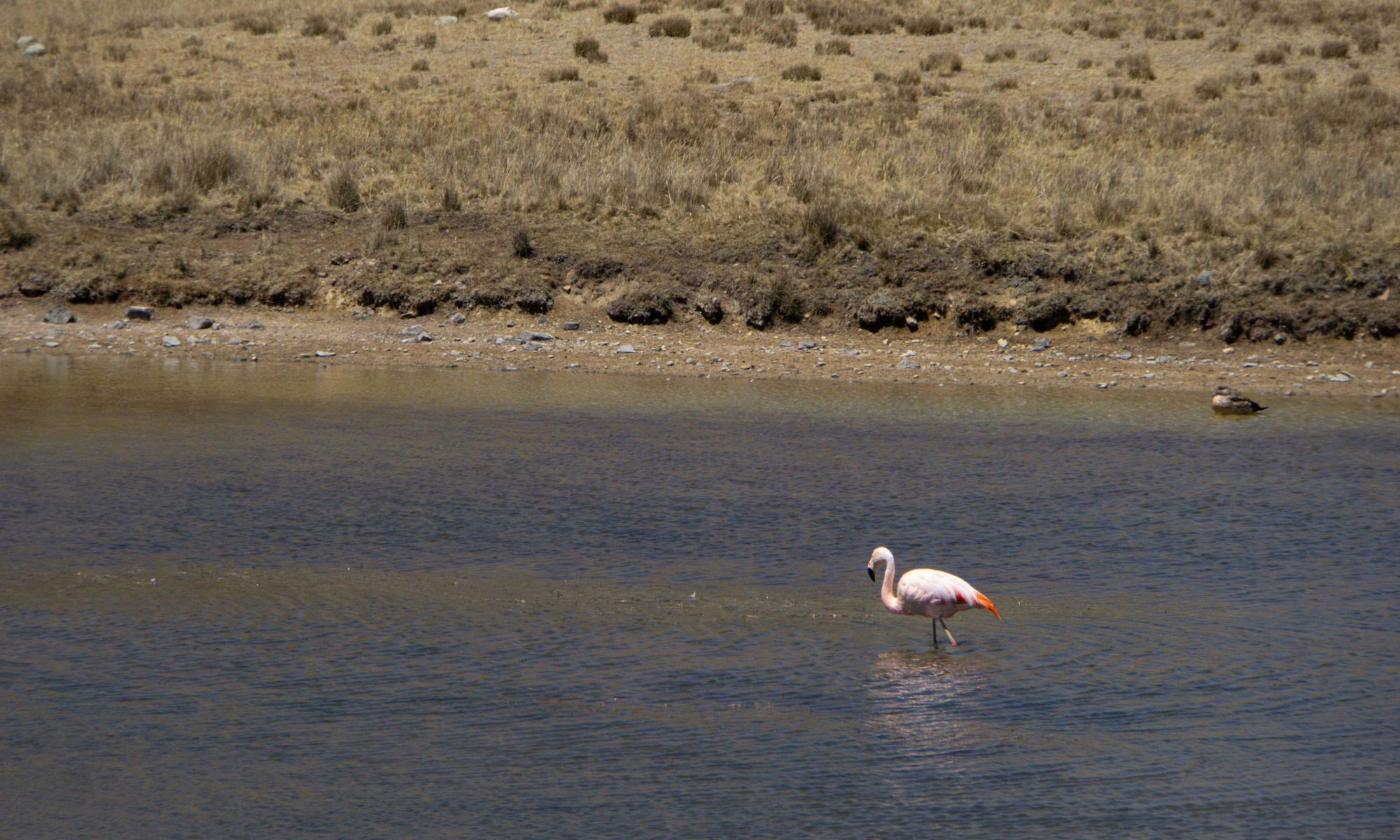 The sense of loneliness was now greater than ever before, the following town was days away and the feeling of being tiny things in the immensity of the earth hit us. Those valleys were huge and not a single person nor town was on sight!