First steps once we landed in Peru, meeting my sister Gisela after a year and first days acclimatising in the highest and most spectacular Cordillera in Peru: La Cordillera Blanca. Some gender based mechanicals and first thoughts of the journey. 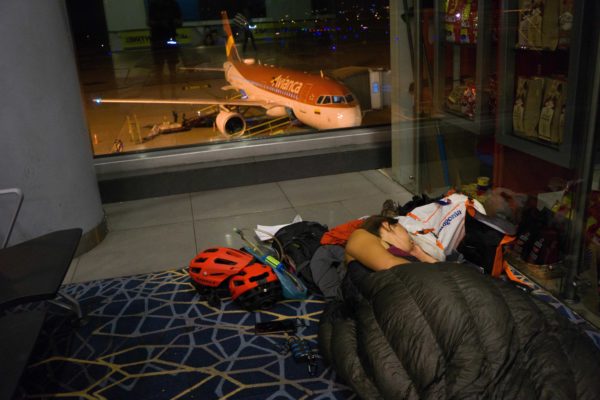 Sleeping at Bogotá’s airport on our scale to Lima 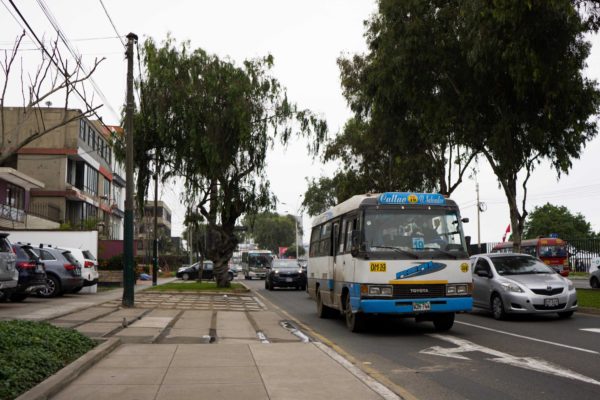 We met my sister in Lima after a year without seeing each other and it was a really emotional and happy moment. We moved fast to our friend’s house in Lima from the airport since he had told us that the airport area is not that safe. A taxi that he had organised was already waiting for us.

However, we had our first flat before leaving the airport! Pretty incredible since the bikes were still packed… Both of us were carefully unpacking our bikes to make them fit in the taxi when the taxi driver decided that Ariadna was not fast enough or capable enough cutting the zip-tie with the knife, so he took her knife out of her hand to do it himself without asking. The guy paid zero attention to what he was doing and he let the whole knife blade inside the front tyre that was right after the zip-tie he was cutting. It was not a coincidence that he took Ariadna’s and not mine, it was a sexist act. We told him that he had punctured the tyre when we heard the loud pfffffff! And he even denied! Lesson 1 learned, do not, ever, let anyone touch your bike. Kilometres ridden: 0. Punctures: 1. 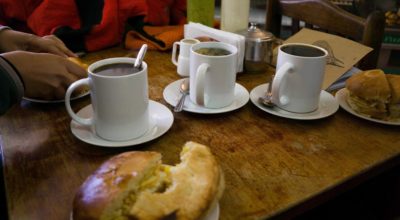 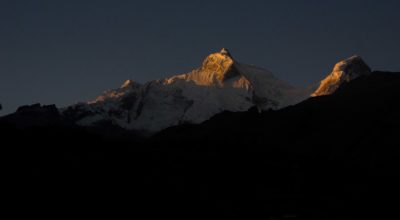 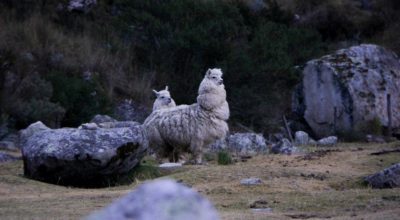 Llamas in our base camp in Laguna llanganuco, Cordillera Blanca, Huaraz

Panorama from the Yanapacca pass. Huascaran, Pisco and Chacraraju on sight.

After a couple of days visiting Lima with this local friend of ours, we went to the Cordillera Blanca, the highest and probably most beautiful mountain range in Peru. 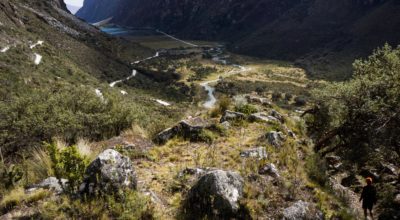 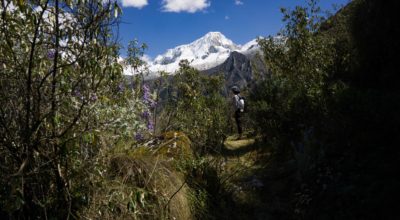 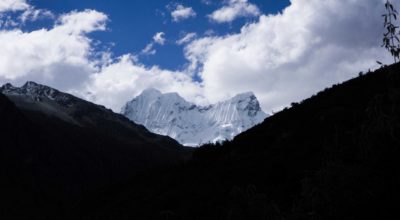 We hiked there for a week and a half, staying between 3500m and 5000m in order to acclimatise for the ride. We camped above 3800m at Laguna LLanganuco and hiked from there up to 4850m surrounded with 6000+m giants, the highest ones being at 6768m!!

After the ascensions I was feeling quite bad: no hunger, but headache and fever up to 38ºC. Gisela wasn’t feeling good either but luckily this didn’t last long and the following day we were fine to go on! First altitude sickness was over. 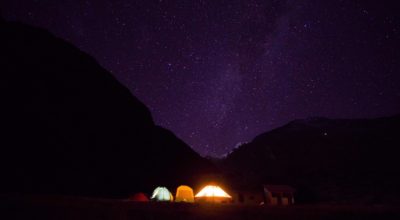 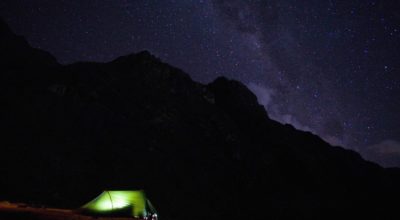 Astrophotography of the Milkyway in laguna Llanganuco, Cordillera Blanca, Huaraz. 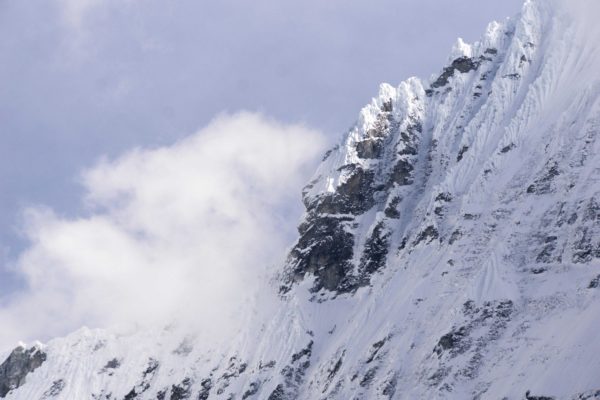 Aclimating to Laguna 69. Pisco on sight. 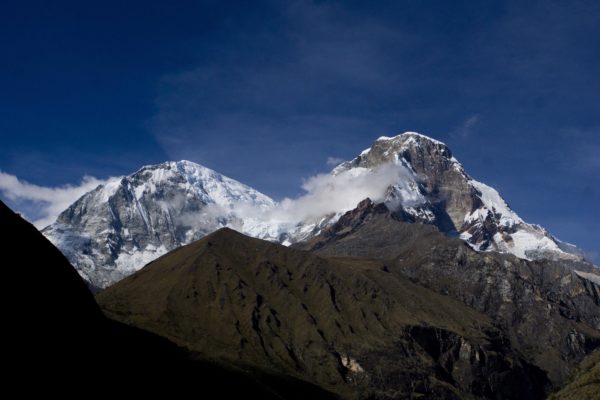 Aclimating in the Cordillera Blanca. Huascaran on sight.

We quickly realised that the Peruvian food is definitely one of the main highlights of the country. As big meal eaters, we soon got used to the typical menu consisting of a soup, a main course which most of the times included rice, veggies and meat, and an infused drink. All at the mere cost of 5 Soles, the local currency, that would translate to 1,3 € (1€ = 3.8 soles). The food is really awesome and there are plenty of options, especially for meat eaters; we always have to request for an option without meat and specify that chicken is also meat, but we often end up eating what they have.

Since we are from Barcelona, language was never a barrier to communicate and get indications anywhere. This is an almost mandatory skill to have if aiming for the non-touristic places we had planned.

Aclimating in the Cordillera Blanca. Huascaran, Pisco and Chacraraju on sight.