We were heading to Huancavelica (blue marker with a bed on the map), a big city where we were planning to rest for some days. Before that, though, we arrived to Huancayo (green marker). How? Ariadna.

Mapa of the situation

Since the start of the trip we agreed on the objective of riding the maximum amount of the km travelled, avoiding buses and faster means of transport. We knew that our schedule was though, we wanted to ride a lot, but also take our time to stay somewhere when we would feel it. The only problem was the rainy season approaching, we had no time to chill if we wanted to be out of Peru before the trails would become just mud. Well, at that time we saw we were already behind our plan and made the decision to try to speed up a bit by taking trucks when possible. This means hitchhiking with our bikes on the rear side or top of empty trucks. That day, we had already covered the distance planned when we saw a truck approaching from far away. We didn’t quite understand where they were going but, all in all, the truck would bring us closer to the next town before it got dark so we went for it. 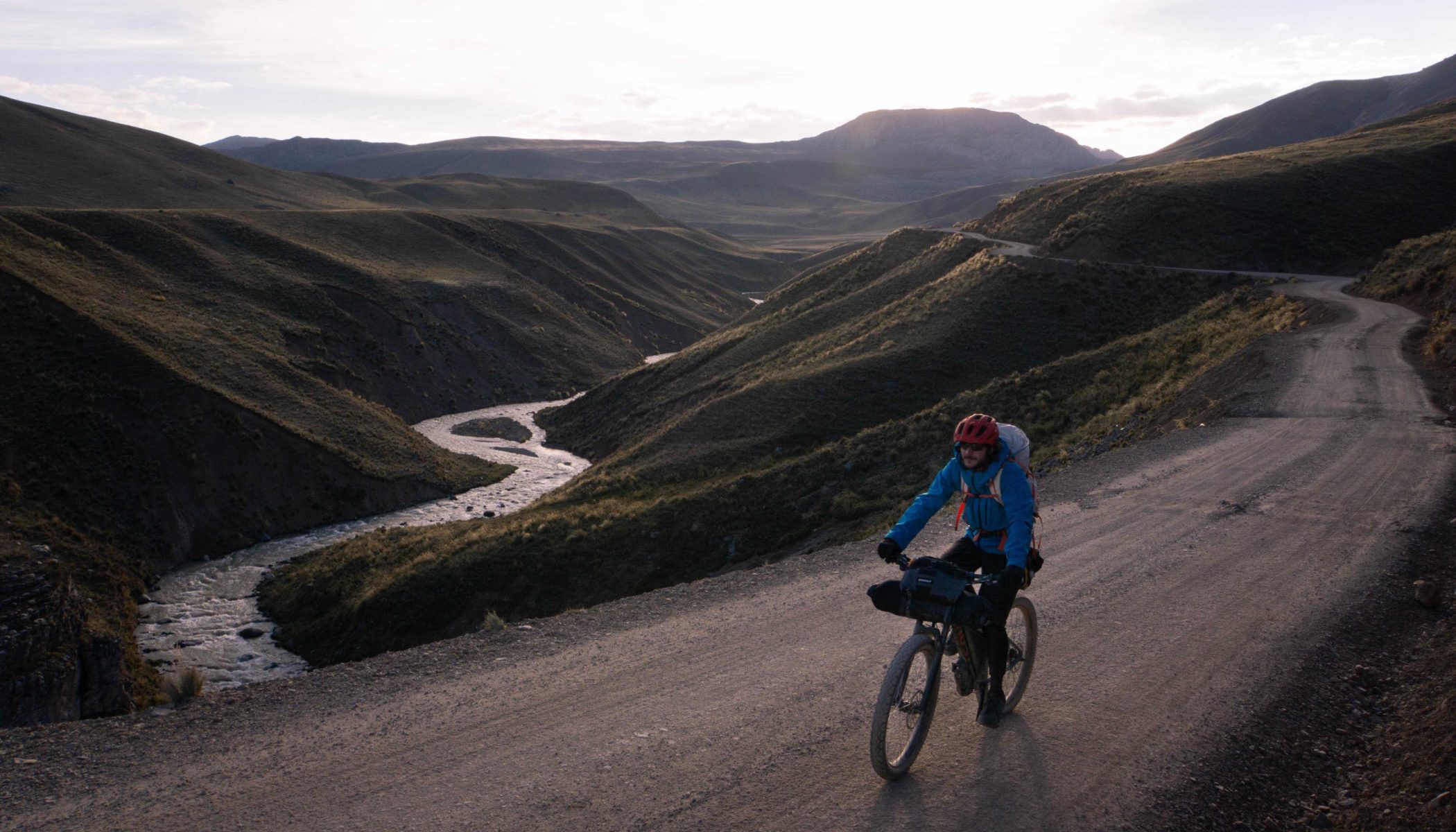 Riding along the Aimaraes river

They left us 2km further. Was it worth it? Not really, but we laughed about it. We then started to set up the tent and prepare some dinner when Ariadna realised that she didn’t had her backpack, she had forgotten it in the truck.

I panicked. It was a backpack that I was borrowing from Gerard and it contained most of our documentation… In that moment I wasn’t able to remember what else we had in itAriadna

Gerard was still calm in the beginning, we returned where they had left us. We had no clue where that truck was going nor had any way to contact the drivers. We decided to go to the only house that was in sight from where we were and asked there how we could possibly get our backpack back. The guys there were guards taking care of the lakes for an electricity producing company, and they were really helpful. Apparently there are only few vehicles passing by that road during the whole day, and they know most of them. The truck was most likely going to a mine that was an hour and a half from there, but the miners wouldn’t let anyone in. We were that lucky that they had a mattress and room for us where we could sleep and allowed us to use their kitchen. -Go there tomorrow, I can take you on my motorbike- said the guard.

So we did, the guard took Ariadna to the mine on his motorbike and requested from us a fair amount of Soles for the service, including a passage into the mine.

It was an entertaining trip, he was driving pretty fast through the dirt tracks full of bumps and holes, but we had helmets on. When we arrived I talked to the miners, they found it funny that a Gringa was looking for a truck. After some time, the men managed to know which was the truck and the driver’s number, but he was already back to HuancayoAriadna

The driver on the phone seemed really kind, he assured us that he would keep the backpack until we could get there. When we arrived to the guards place, Gerard had made a friend, an alpaca shepherd who taught him how to move them around.

Ssshhhhh! Shhhhhh! It was enjoyable to meet the shepherd and learn about his reality a bit better, I liked to help him with the llamas and alpacasGerard

Huancayo is a big city, it’s the capital of Junin’s department. It is 80km far from where we were and by pedalling we would have needed one day to go and two to return. Our idea was not to spend so many days and therefore decided to trust the guard who had generously hosted us and take any transportation that would take us there faster.

Which vehicle was it? Well, this was the punishment for having forgotten the backpackAriadna

We jumped on top of a shepherds truck that carried sheep and alpacas. Before being there we hadn’t imagined how it was: all sorts of animals well tied and some close to death. People were sitting just on top of them, walking on them without any care and more and more people were welcome to join the truck. We weren’t hallucinating, this was animal torture. We kept asking ourselves why didn’t they kill them and instead transported them that way, to find out that the price is higher if they can assure the good health of the animals by keeping them alive. At the time we weren’t eating much meat but some, this experience made us vegetarian again. “Luckily”, the truck got a puncture: a loud noise and some weird moves on the road till it stopped. It seemed like that experience would never end, the wheel had to be replaced and there were still 3 hours left to Huancayo. the Fortunately, another truck overtook us few minutes after that and we jumped into it after our friends in the previous track helped us to stop it. 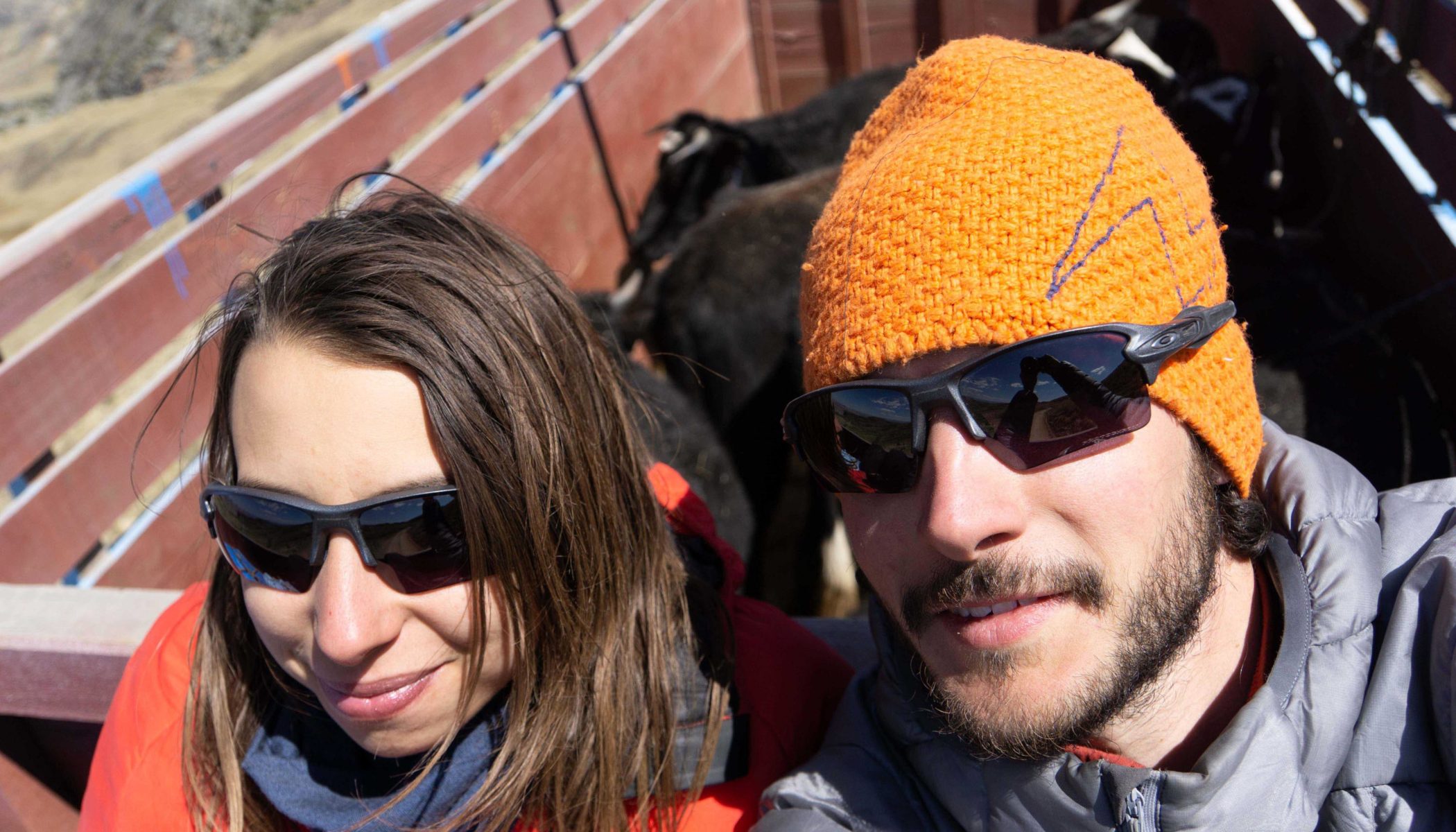 On top of a bull truck heading to Huncayo

This one was carrying bulls and we stayed on top of the cabin, in a very privileged balcony with great views. If bulls weren’t enough, at the stop we made to wait for the construction works to open the traffic again they took some donkeys and pigs, which aren’t best friends in such a small place to hang. They were scared of each other and kept moving around and hurting themselves against the truck walls.
We finally arrived to Huancayo and got the backpack after meeting the driver’s mum who had it. It didn’t look like this adventure could have a nice end, did it?
We decided to stay for sightseeing the following day and afterwards tried to find a way back, also hitchhiking. After 3 days, we were right at the same spot where we had tried to save some time by jumping into a truck for few minutes, ready to pedal and happy to have the lost backpack with us again, we had been very sceptical about getting it back. 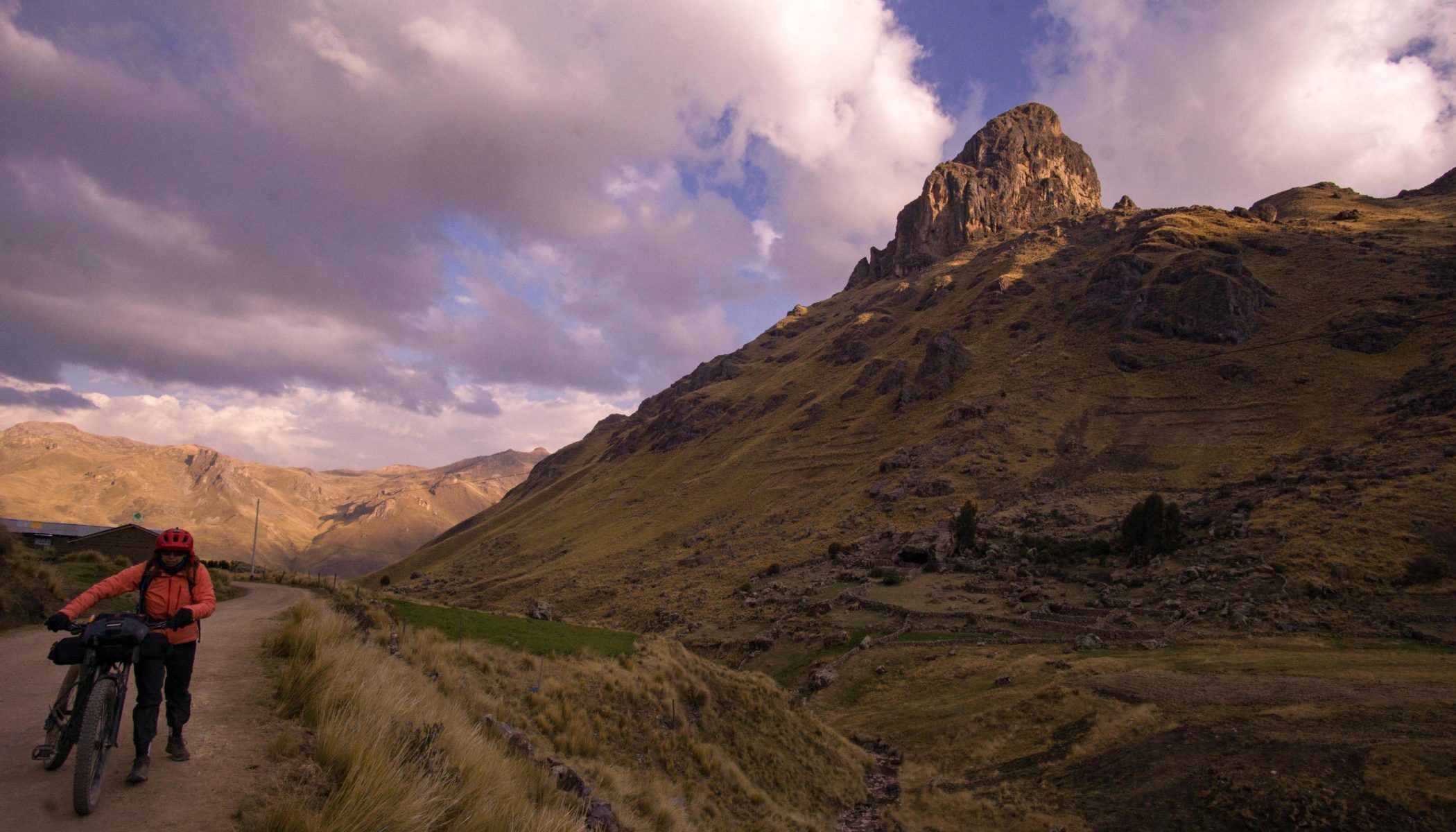 Descending to Huancavelica from Acobambilla 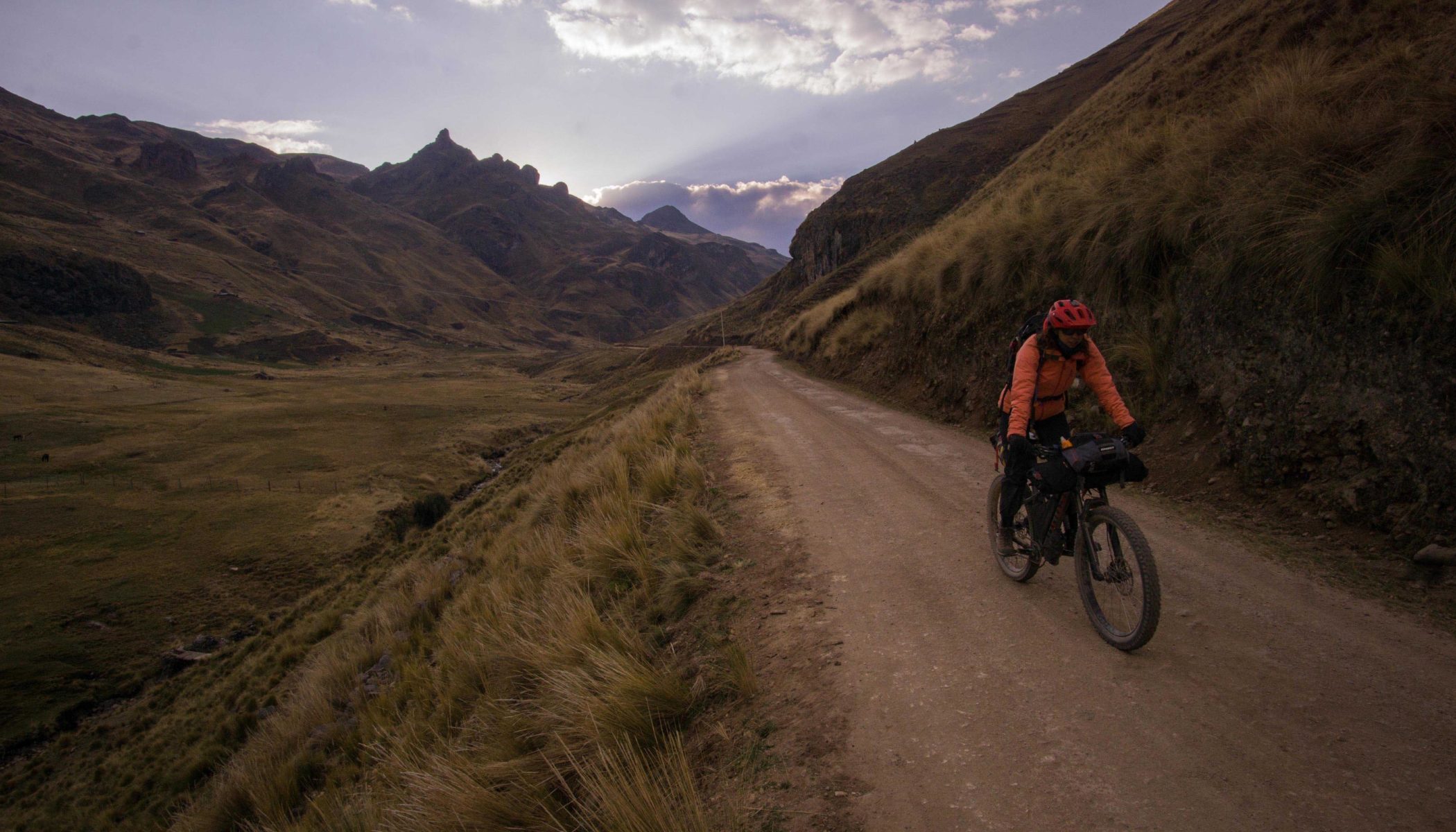 Descending to Huancavelica from Acobambilla

The bicycles were fine and happiness invaded us when we saw that all had gone well! We were now at the point of laughing about the whole adventure and looking at the bright side of it, something we are really good at.
We continued the route through some 4.500m passes and at the end, we started the last descent from 4.660m down to Huancavelica, at 3.660m and being the first ‘big’ city since we had started riding. 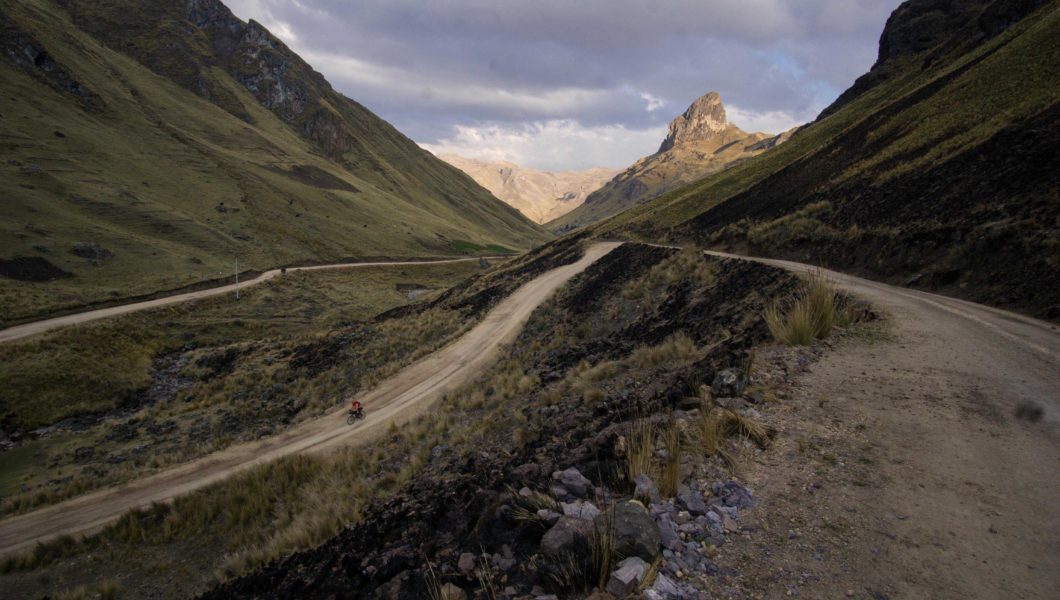 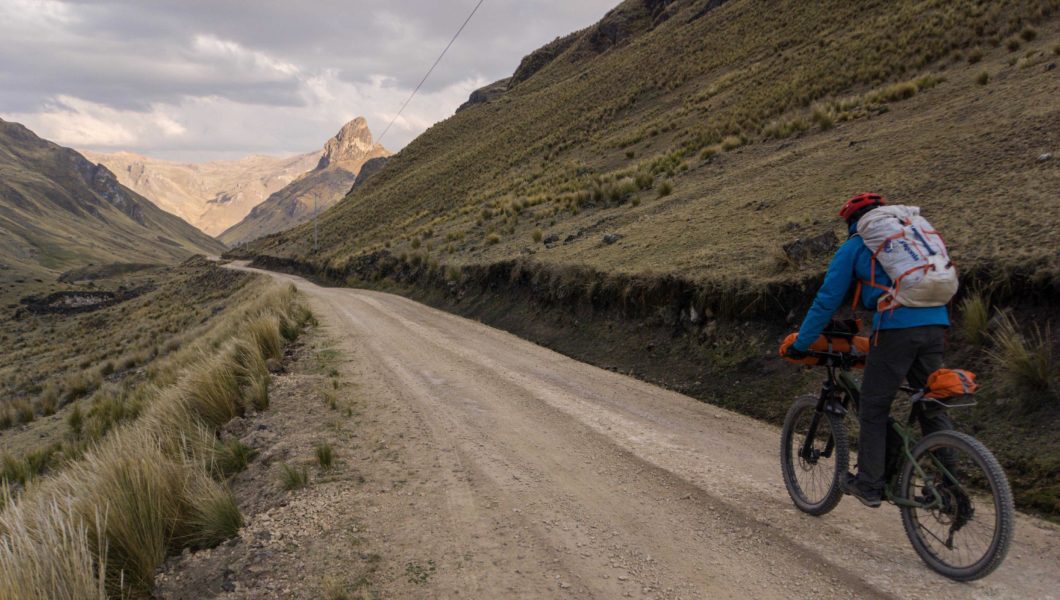 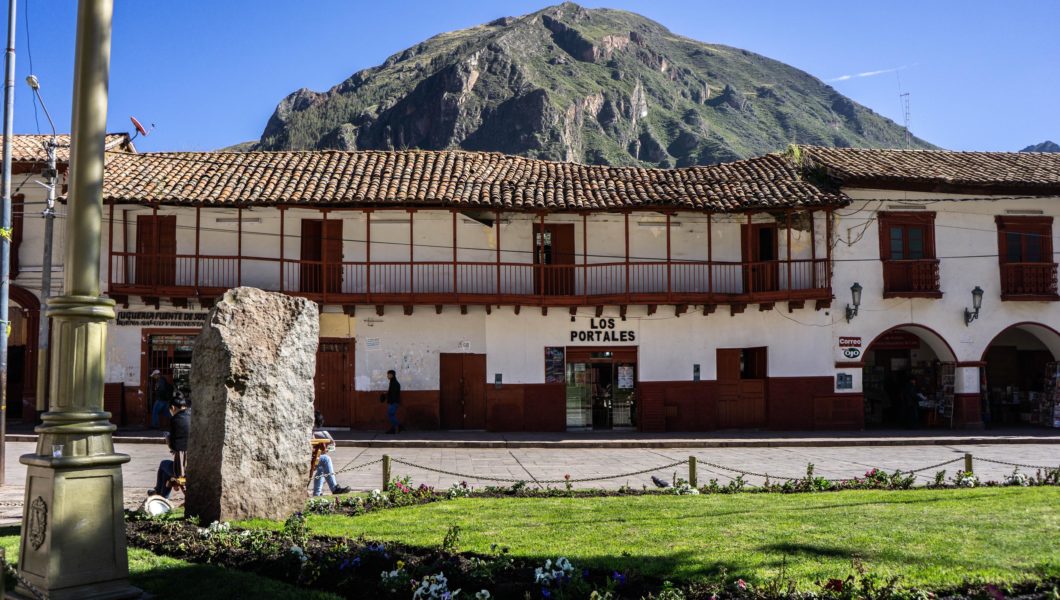